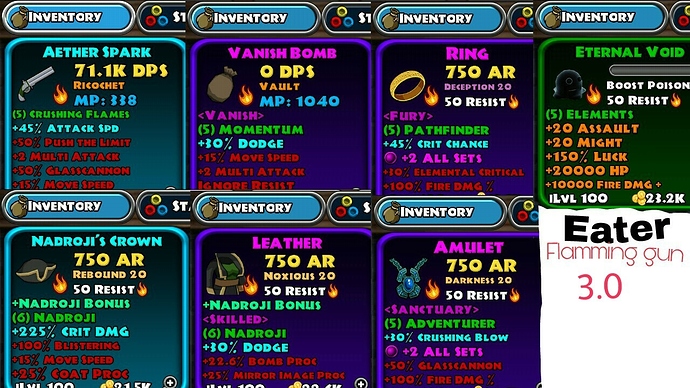 *THIS IS A BASE /FARMING BUILD

Why you still have 299 Power? Mine is 103. Thats tooooooooo PAWerfull

Lol maybe thats before the update

I’ll give you a picture of skills, I’d also like to thank you in advance

How come you have 2 Nadroji Bonus @Eater .

Only one will work.

It will have 200% enemy rarity

Only one will work lmao. Although there’s a glitch I heard from @Eater that somehow made legend pets drop more often but the enemy rarity will still be 100% as the cap is 100%+ enemy rarity .

It’s probably fixed though and even if it was there, it’s not worth it.

@CuzegSpiked sorry for the bug abuse its now working at patch 3.0 anymore