is this a bug? or luck? developer please explain
I got an eternal fauna pet with this affix 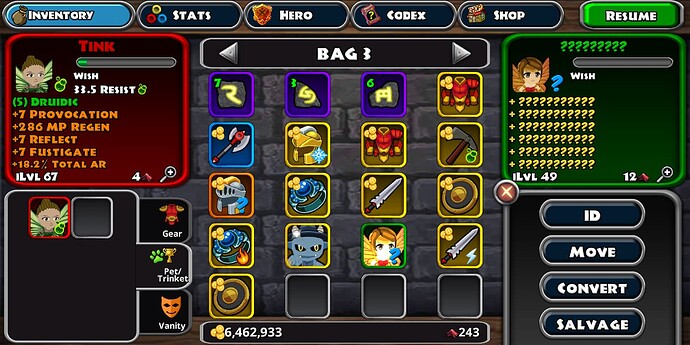 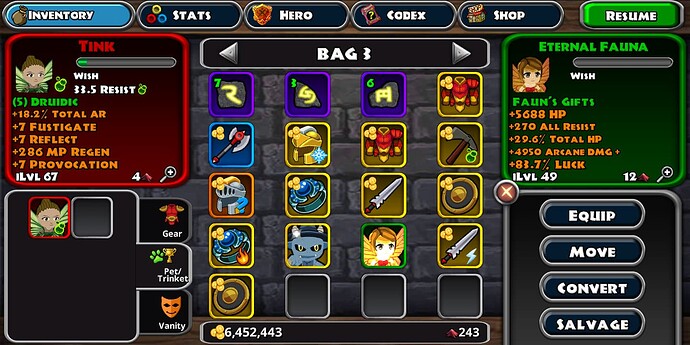 depending on the build, they both look really good! it’s just that one has more HP and the other has HP on Hit to replace the HP.

maybe the developer is being kind to us

just be careful your account might be reviewed by devs, so far your pet seems legit so don’t worry.

yeah, lots of new players, and many jealous ones, report Eternal Items, even when they are Legit. the Dev’s still have to check them out, so Legit Eternal’s don’t get into trouble.

yeah, nerfed for the same reason MP Absorb and Blood Magic was nerfed. it was very OP in a good build.

If the devs nerfed if for a specific items/build, it’s unbalanced for the others that needs to adjust to spot the right build of the affix hehe

Last week I reported 2 people who happened to use 2 eternal fauna… after I looked again at the screenshots that I posted, they were perfect, very precise and there was not even a single difference in the affix in it. I reported 2 nicks namely Wishnu and Jin_Sange… it seems they have been banned

well it’s very good for tank builds, but to be honest I don’t know how to start… I can’t make PVP builds of any class
even for building farming, it might be quite low when compared to people who post their crafting results on this forum
maybe if I use it to complete my PVP build, it’s very likely that someone will report it, as you can see

because Eternal Items are abused by hackers, it makes it easier for anyone to say all Eternal Items in PVP are cheats, which is why some/many players don’t use them.

the Dev’s don’t nerf something if it doesn’t need to be. it’s all about builds being balanced. if one type of build can’t be beat by any other, it’s unbalanced. that’s why the meta of PVP changes so much, everyone makes the good builds, then some crazy player makes another to beat them, and on and on.

@anon32933509 , I think most players start small when it comes to builds. it’s all about learning what is possible and making an idea a reality. I have more ideas for builds than my farm build can keep up with. will be trying a Farm Team Build eventually. I have lots of ideas…

My difficulty in making builds is that I always run out of materials, especially gems, namely Topas and Amethyst, while getting these 2 gems is not an easy thing, I’m stuck on the 490 M3 floor. and the way I get amethyst is by converting normal gems so that they go up to rare gems… obviously it takes a lot of gold … so I do farming on the 200s floor to collect it 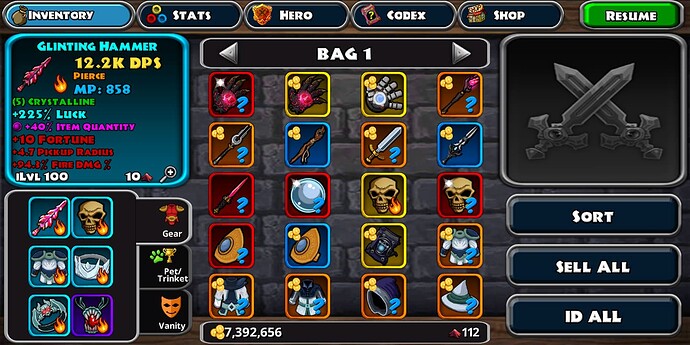 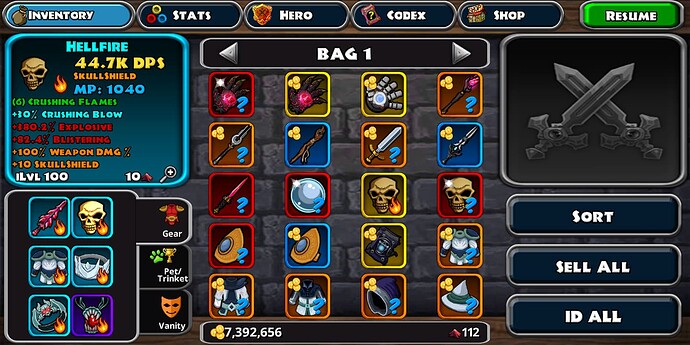 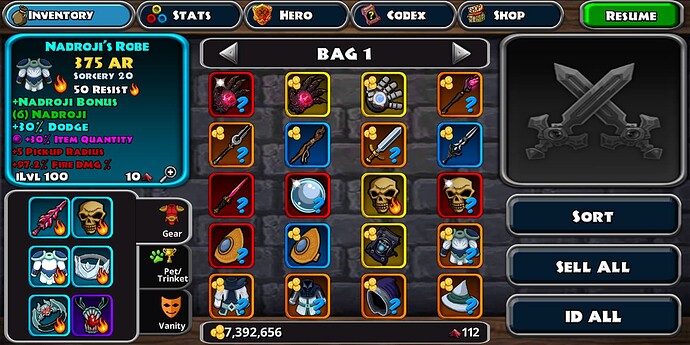 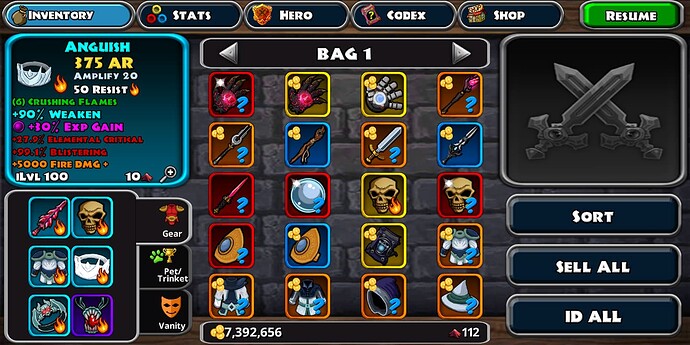 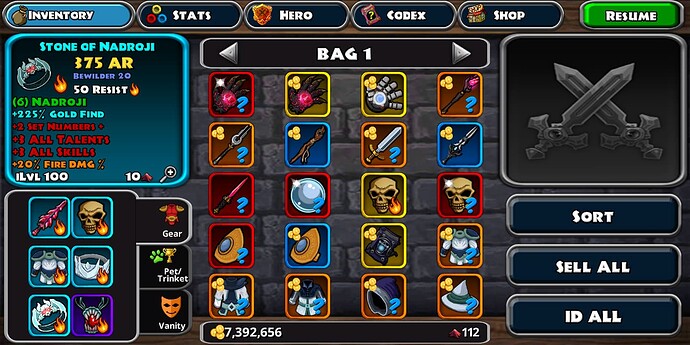 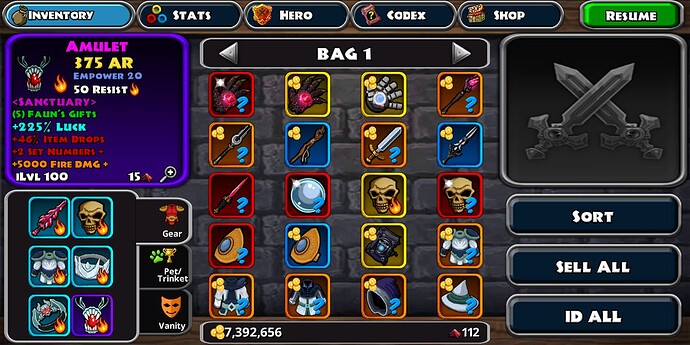 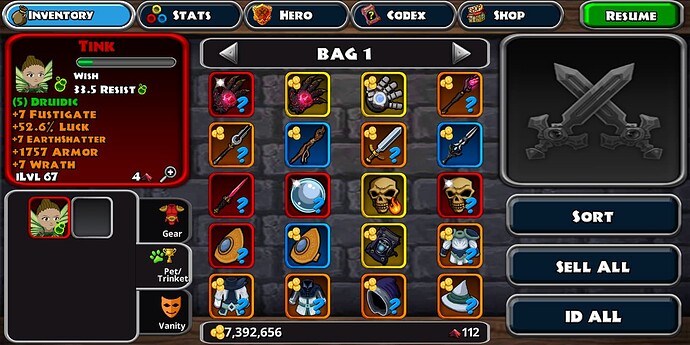 maybe take off the Pick up radius from the Sword and put +100% Weapon dmg.

all those Epic Fire % and +, make one a Legend Explosion +400%, this will make your Sklullshield have some AoE explosions… oops, you already have one… for the rest of them, and the affixes you change on your Pet, 1 or 2 Crit chance, 2 Crit Dmg., 2 Dodge maybe. and a +50% Bleed Damage if you have space. maybe an Attack Speed for your Pierce Primary attack.

this should help boost your damage and defense some, and hopefully give you time to really enjoy farming!

just my 2 cents worth of ideas.

They can’t report it for me because your build is not literally fixed that was needed for PvP build bro. Nice affix but not perfect frankly speaking hehe

if you use it in the pvp arena, be prepared to be hit by a noob player report
it’s impossible for them to get an affix like that
Stay safe bro
So many old player be banned bcz eternal legend pet