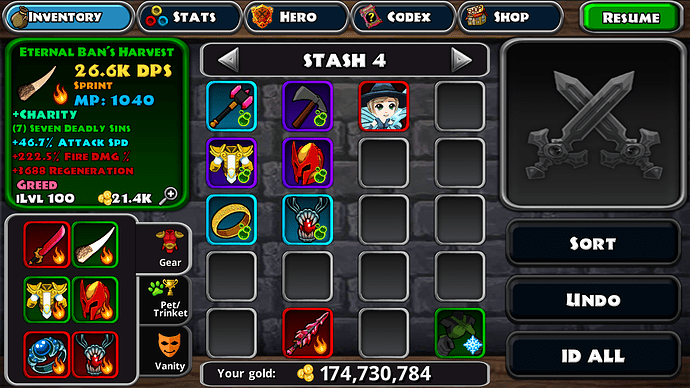 Seven Deadly Sins: “Increases the value of all Percent based affixes on all gear by (rank)%”

Your crystal affix is a percent-based affix. Why wouldn’t it get increased by 7DS?

Look at this screen: 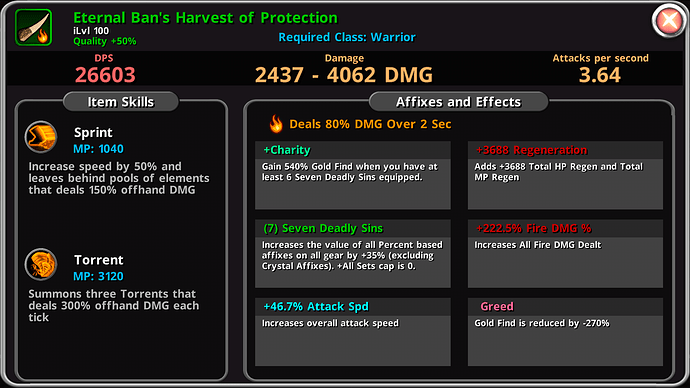 Increases the value of all percent based affixes on ask gear by 35% (excluding crystal affixes).

But now i think it may be visual bug only becouse in skill/all stats the attack speed is 34.6% = original attack speed.

Hey! Thanks for the bug report. Noted.

When DQ plan to fix the bug? I like this suit but it’s hard to use in higher floor ,can DQ remove one item from each gear and add one different ability or stock to replace with them ? Otherwise no one want to use it ,thanks .

some legendary affix is not affected by 7 deadly sins affix 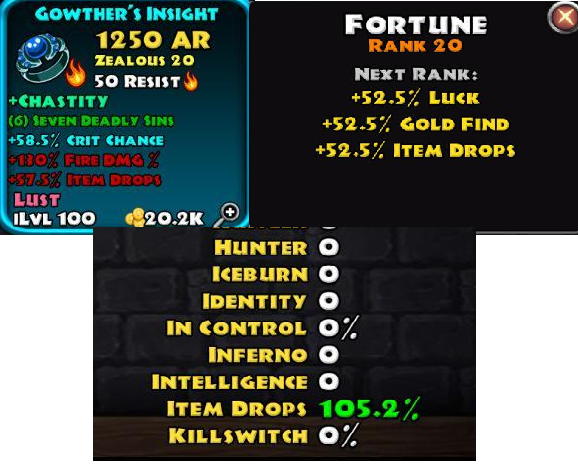