Storm or twister, which is better and reasons why?

Can somebody plz help me, I’m trying to decide which spell does more dmg with the appropriate builds for each AND which spell people think is better or worse and explanation.

Twister deals 400% dmg per 0.25 seconds. After 1 second has passed, that adds up to 1600% dmg per second. Twister also has range and taunts enemies. Pretty good for high floor. Even better when you have multiple casted or with the right discordance build. Proc builds help too.

Storm deals 600% dmg per 0.25 secs. After 1 second has passed, it deals 2400% dmg. This does more dmg than twister but it requires closer range and on a spot. It can work with proc build or other builds but it is hit/miss. Storm was very powerful when it proc-ed more than once on the same area but that was changed ever since patch 2.0.

It depends on what build you do anyway for these skills to be used. I’m not exactly sure which is better because they are both good in their own ways. Twister I guess would be better for a main skill because it has range, taunts enemies, and has decent dmg which can be raised. Storm is more damaging but you will need more survival to use it because it requires you to be closer to enemies. It’s a decent secondary proc skill though. Both of these skills are pretty good in their own ways.

Storm has a higher damage compared to twister(in my own opinion and experience only). Btw im using warrior and my amulet is spell so i dont need to be close to mobs to trigger the storm. The skill in my mh changes to meteor so everytime i use meteor and/or the meteor proc triggers, it casts storm. Yoi should try it yourself if you really want to know which is better. 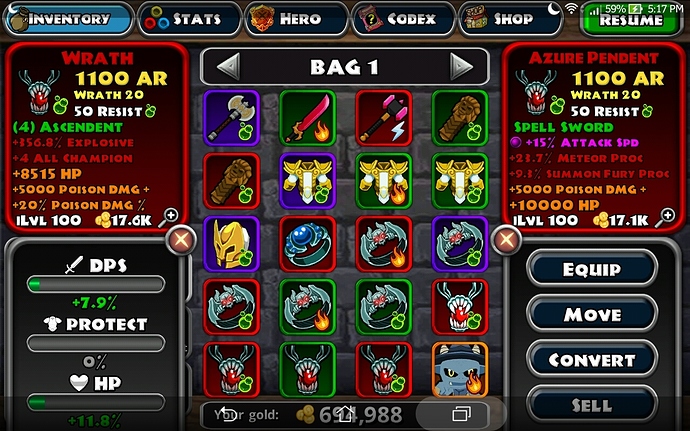 Thankyou for the info. When you say process builds help. This stat would be “twister procs”? I’m just getting back into the game, so please bare with me

Since all my stuff was lost, the admin team got me back my characters and bought items. However, I only had 2 million starting cash.
I’m 99 wizard, farming lvl 200 elite 3 atm. My build is basically what I have found and can afford as gems are so pricey. I also can not find gems which add effects (fire, poison,ice,lightning etc) what floor are these on?

Atm, I’m running with basic attack (Peirce) and then skull shield, storm or twister and skulldraka?

I’m complete noob basically, since I have not played for so long. Idk what I should be putting in my gear besides skill points for the skills I use.

Haste, procs, critical damage, critical chance, idk which is better or what the CAPS are?

I really appreciate any help

I do have a warrior, but it’s sadly only lvl 85 atm. I want to get my wizard back to being decently geared before I attempt to pick up on rogue and warrior again

Can you use this amulet for a wizard also? If so, where does it drop?

I think arund floor 100+? Im not sure. Better check the codex or wiki just to be sure. If you’re using wizard i think this amulet will be useless becoz wizards are long range char. As for me, my char is a warrior so i used this amulet to be a long ranged type warrior for farming pruposes only. I tried using this amu in pvp but i rarely won.

As for the meteor proc question, im not sure about the build for wizard bcoz my char is a warrior. You can ask the pros here or search the thread about wizard build. Hope this helps.

Thanks all the same man, really any info is good info atm. ( Even if Ur a warrior)

When I pick up my warrior leveling again, I might come hola at you!

hi, in terms of 1 twister vs 1 storm, the answer is storm is better

however the problem is, storm is overwritten if a new one is casted. I don’t know in procs but it is what happens on spell cast

if you have a wizard with lvl 40 of either storm or twister, and 60% cd reduction, your 3s cooldown will be down to 0.72

i can cast alot of twisters and it will all dmg and continuously move til it reach a certain range. storm will not do the same, the older storm will disappear if you cast a new one.

Yup you’re right. I was just stating what i experienced in my warrior. Unfortunately a warrior doesnt have a twister skill, it will have one if it has a twister proc.The storm cancels whenever it triggers another storm. Therefore making the twister much more higher in damage for wizard. But for a warrior, id go for storm bcoz it has higher damage and somewhat a paralyze effect on mobs? I once fought with a wizard that casts alot of twister but in the end i won bcoz he couldnt kill me and he ran out of mana. Btw i was using druidic set plus energy myth so i guess thats the reason why he couldnt kill me hehe.

I found the answer to our quesrion in this thread. The answer is maxed torrent+twister+meteor+storm+cosmic orb in mh weapon+maelstorm set and hit the mobs all in the same time! 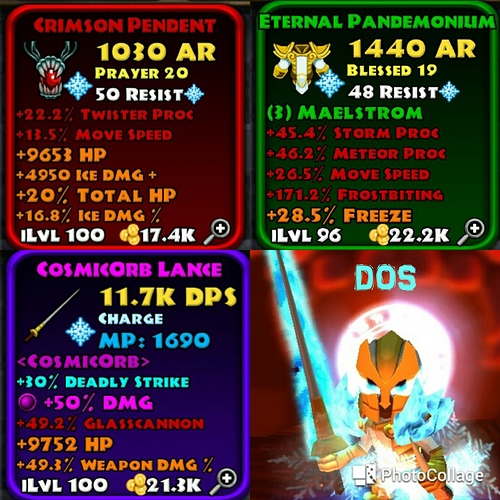 i noticed one thing when i use a proc gear set

I also have that kind of xp but in a different way. Tried to have more freeze, and i ended up with 79% plus freeze. But i noticed that the freeze doesnt effect or triggers that much than when i had 50% freeze. I dont know if this is the max of freeze bcoz the color of the font is orange. Or maybe its bugged bcoz it should always freeze or freeze more often bcoz its maxed out? 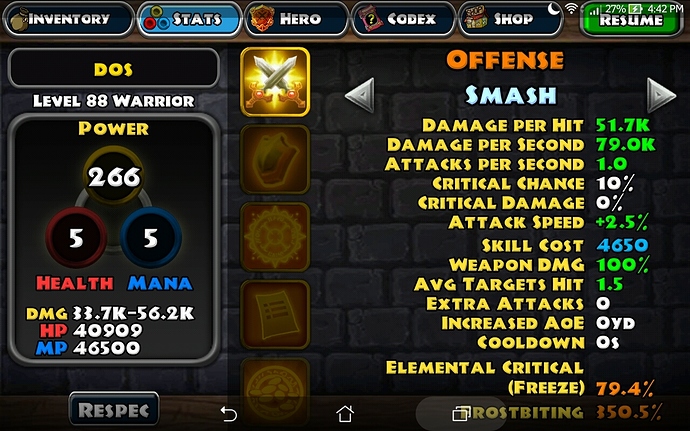