TeaCup's 1000 farm build and concept for my next build

So my main concept for the build was hit trash mobs with crushung flames (5) and then use execute and other damage to kill. 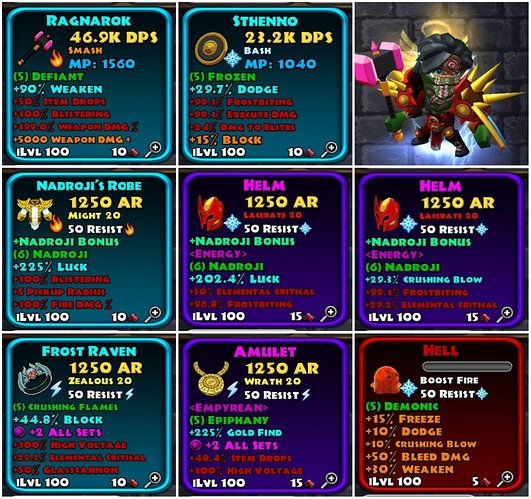 Also i know i die here a lot, i wasn’t used to the build, but it shows off killing a legendary enemy which is a feat for floor 2000

Edit: just a note, scalp is working a lot better for applying freeze than taunt, less stopping and more spaced enemies for a longer frozen chain

I personaly like to farm whyd wizard skullshield, cuz im lazy like that, and i rarely die, but your warrior farm build is very good to!

How do you get crystal block on ring?

How can i do a good Skulldraga build, because i’m lazy too hahahaha! Can i apply this?

@Marcos check my SnowBringer build its for farming

Block on ring is from the frost raven, its a warrior ring and it has the chance to be found or bought with the crystal variant of block. (Chances increase with crystalline)

For better survival, use sanctuary instead of empyrean, i was mostly screwing around with empyrean… I litterally made this build out of scrap from testing and old builds

For a wizard version of this, i would use pretty much the same stuff but with a skull OH, using scalp special and like orb or tornado special? Idk what OH you would use though as stheno is my best item for the execute damage after crushing flames

Build stealing in progress… <3 awesome. I always liked when people dont just build wizards. I started out as a rogue main back in 2014 when stacking procs was the meta

I got something like that but i don’t know, 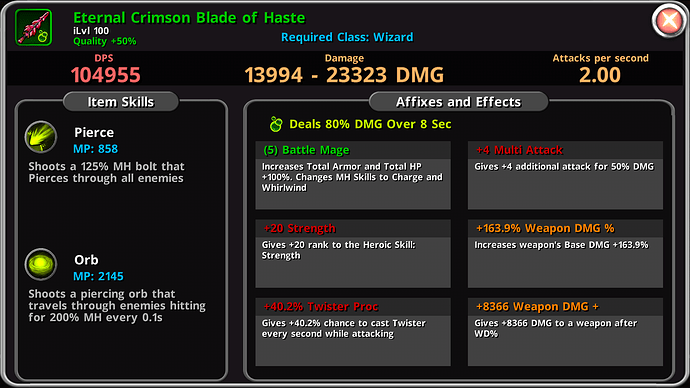 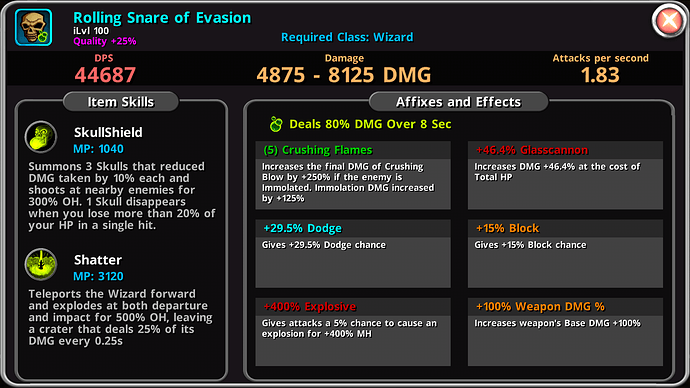 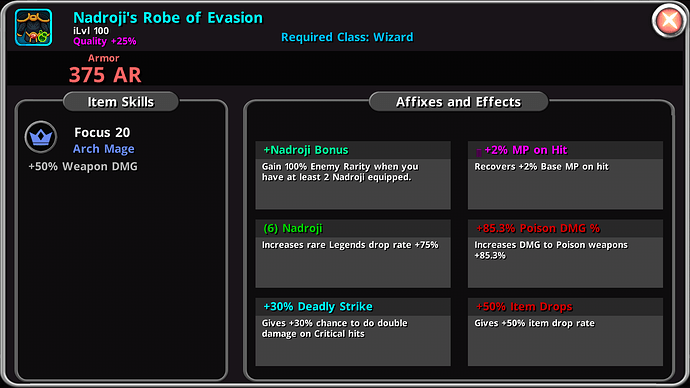 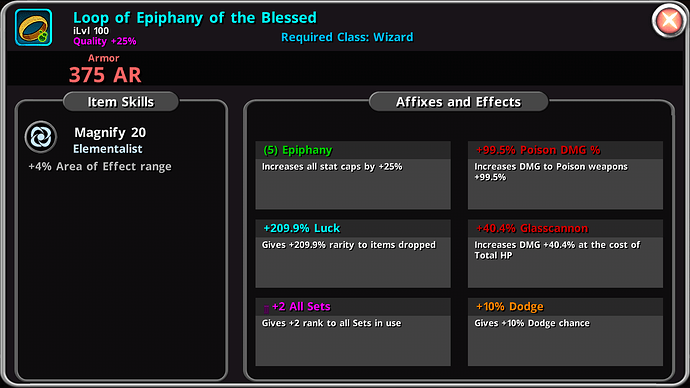 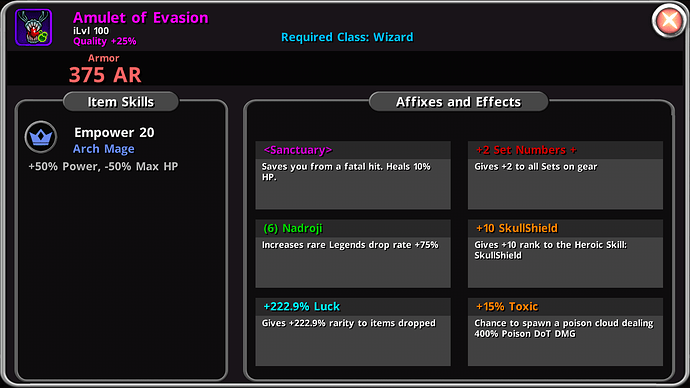 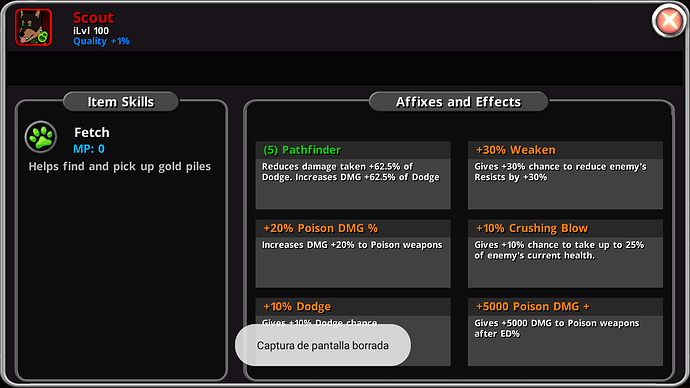 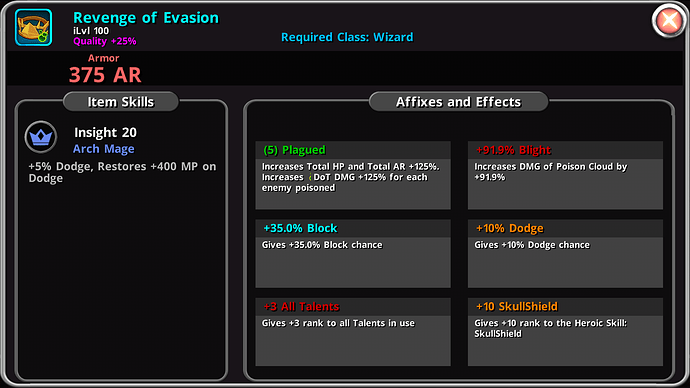 @Marcos you have a few affixes that are just taking space. In order for crushing flames to work enemies must be on fire If you don’t have high dodge pathfinder is not good Battle mage is pointless since it boosts hp but you have Empower and glasscannon and these reduce hp drastically If you want to use knightcharge and whirlwind there is a build called Floor Sweeper(I can’t remember who posted it) It is for farming on very easy
Also natures should be if not all the same at least 3 of the same type to have any worth having effect