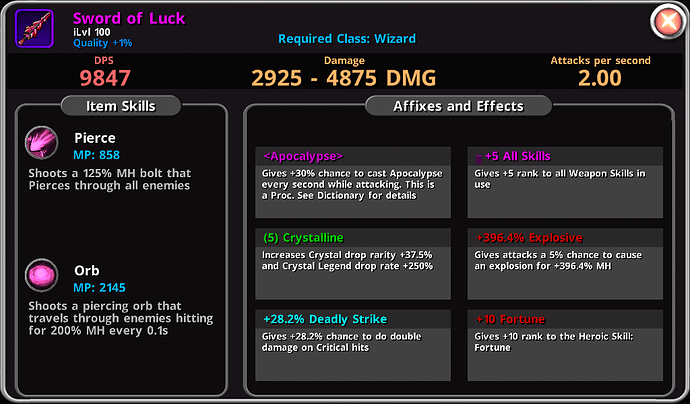 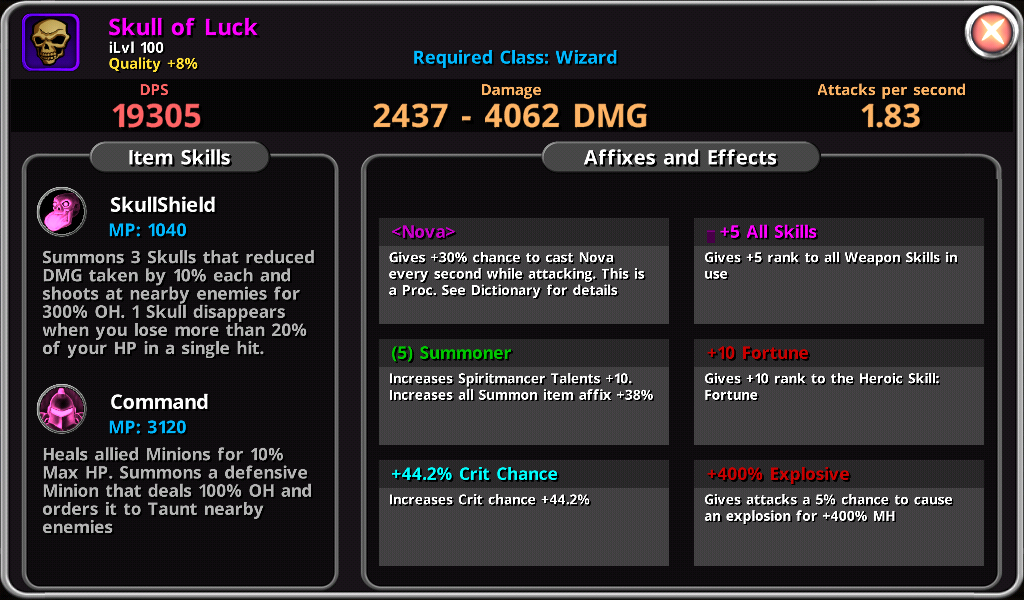 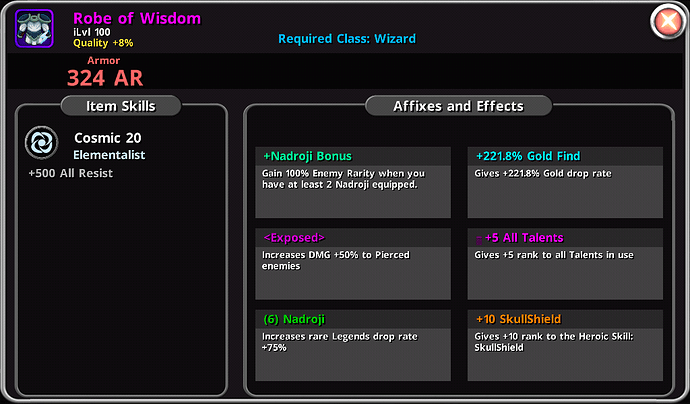 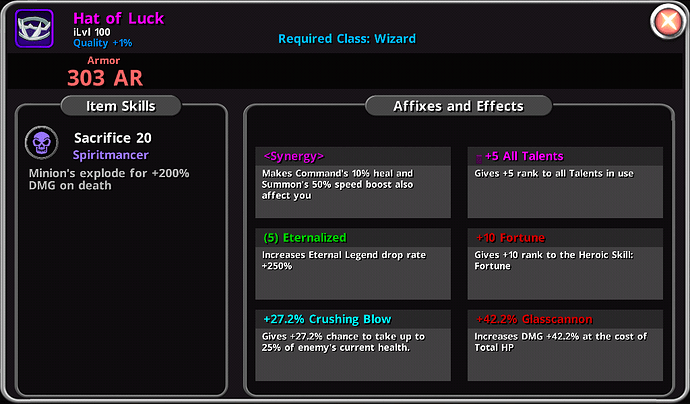 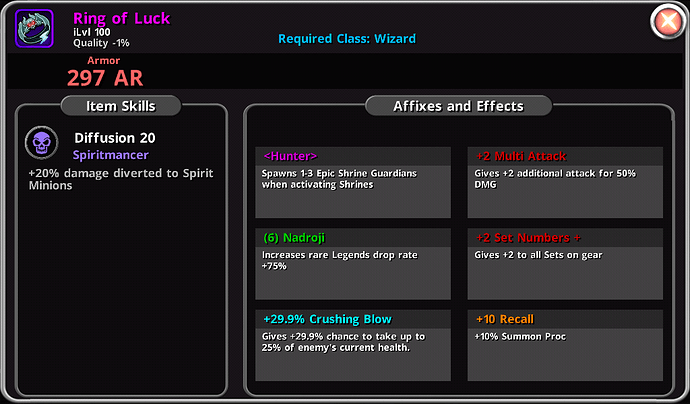 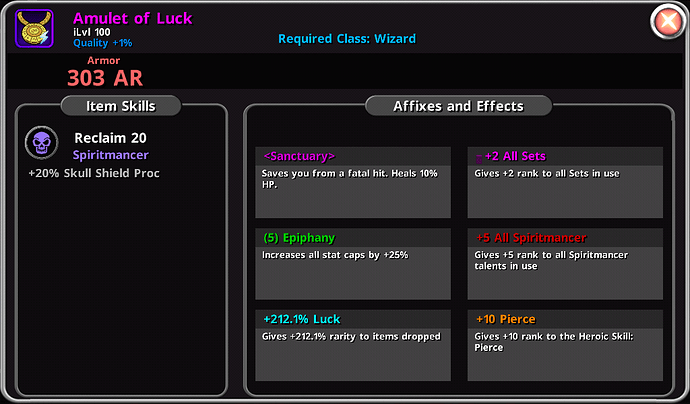 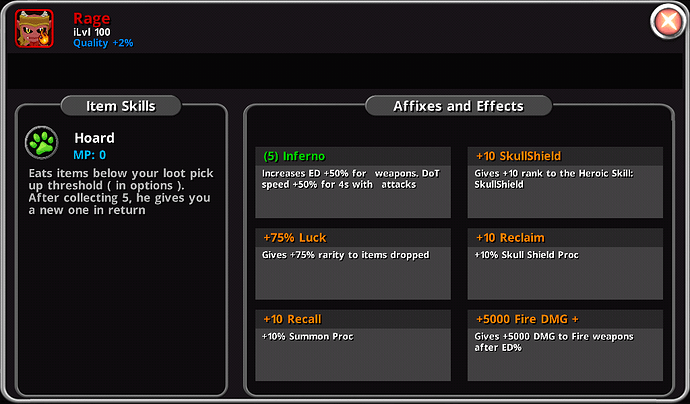 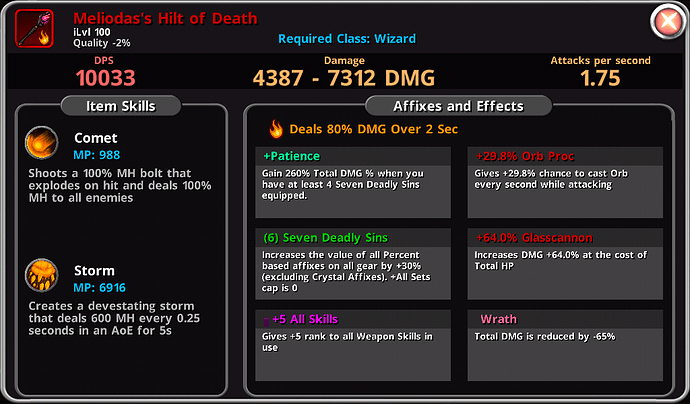 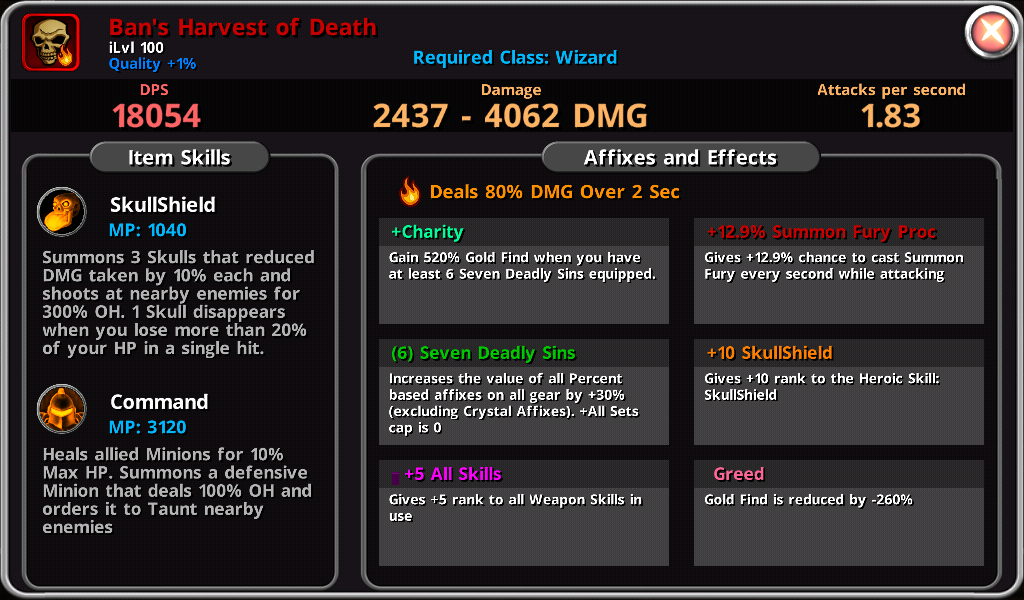 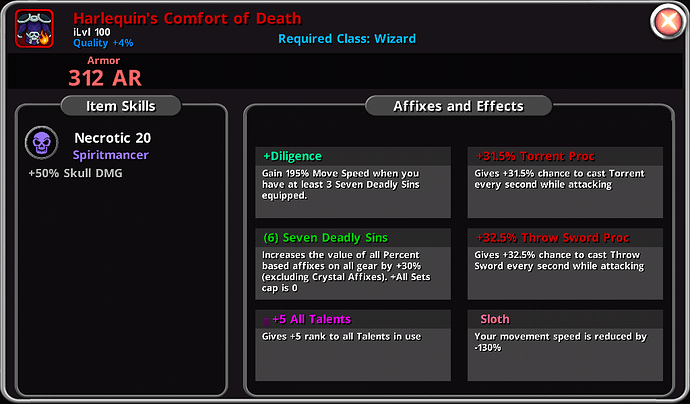 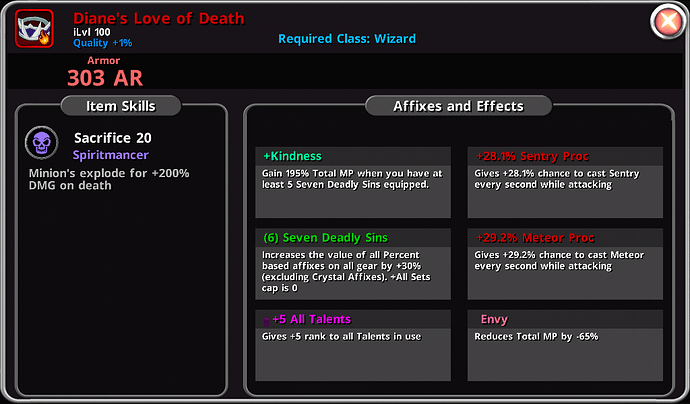 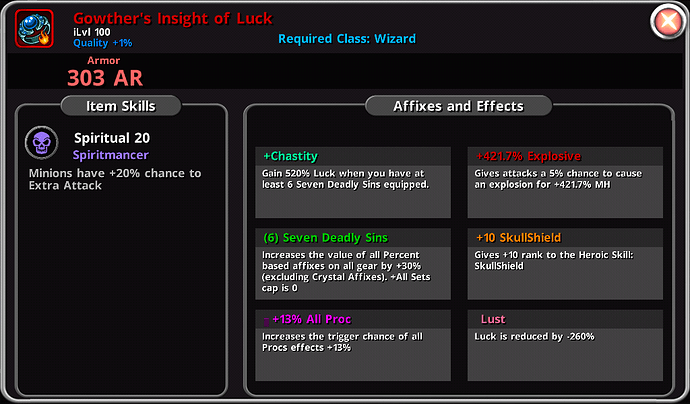 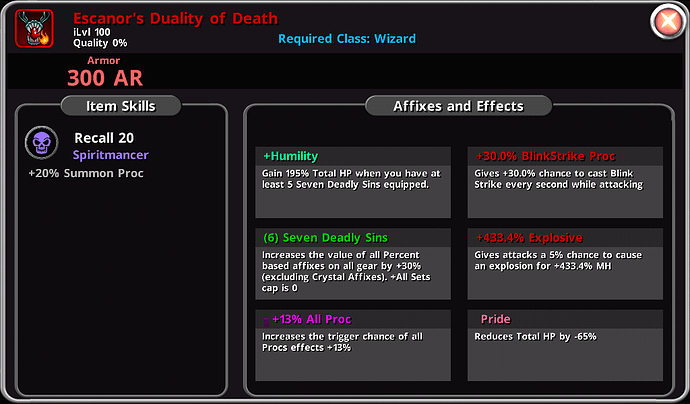 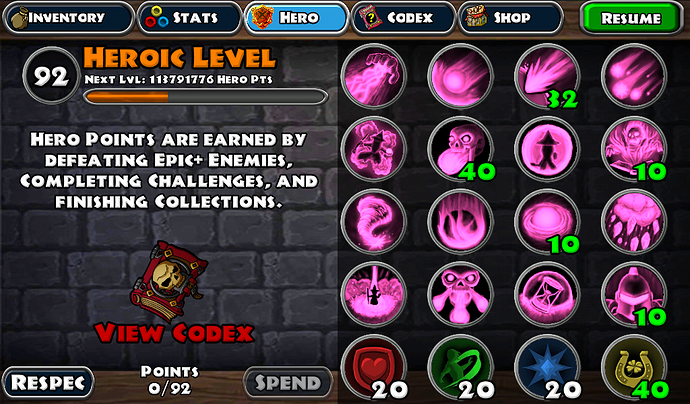 Yesterday I was in a grueling fight with a legendary enslaver that wouldn’t die. Out of sheer desperation I equipped my deadly sins pvp items and annihilated him. Today I hope to get the eternal pet feat. This farming build was inspired by @CuzegSpiked and @ObiWanKenobi, who guides and ideas are always of use. This build does die often but finds enough gold that it’s not a problem. Ah the joys of mythic 3 farming post floor 1000

what is life without death

Max dmg for both crit and non-crit?

Dropped an eternal Imp on mythic 576! But it was rubbish

20 to insight and other useless stats so I converted it.

I just need 3 more Legend Enslavers for my first Eternal Pet, unless I get lucky. I did find another Legend Pathfinder pet, so now I have one for farming and one for climbing.

Don’t get too excited. You at be dissappointedy

too late, I have high expectations! even if it is a bust, it is still the first one.

nice. just need a few more crystals and I can get to work on that pesky farm build I keep talking about. wow, if I got a Merlin, I might just make a 7DS build first thing after I get loot with my new farm build!

just got my merlin last night