1.Is there a cap on Skill Proc chances (Torrent, Storm, Meteor, etc.), or is it possible to obtain 100% Proc chance?

Optional Gear: Stone of Nadroji + Nadroji’s Amulet (If you do not have these, you’ll need Elixer on your Jewelry)

*Any combination of these (Max 4 on any single set), but only need 1 on Druidic.

Simply put, to decimate your enemies with a barrage of multiple damage instances while maintaining an endless supply of HP and Mana (Provided you don’t get perma-stunned or 1-shot). A short breakdown of the strong points of this build:

I’ll leave you guys to criticize the build since it’s all in my head and I don’t really know if it actually works.

Edit: Not sure if Nadroji’s Robe is a nice choice to take since the ED% is AMAZING but that Dependent Affix is a bummer for a Damage Build.

Edit Edit: Fixed the question numbering. Fixed last question. It seems that < > removes the word in the middle.

Too lazy to criticize anything atm.

I already have negative cars because I had none to give away to start with, okay, man?!
The greed in you guys is ridiculous. Jeesh.

have a chopper…or maybe a plane?

ore better yet… A ROCKET!!!

I’ll show you a rocket…

ooooohhhh…how big is that rocket of yours?

ok. raise me the flag if you want to

I am unsure how much the damage is but I would imagine that Nova does deal damage. Otherwise, a Nova proc in fire/poison element will be quite useless.

I remember @Skaul posting a list of how much damage Mythic Skills deal somewhere. I don’t really remember if Nova is on the list, though. Maybe, it only lists MH Mythics.

Sorry for late reply, but i can answer your defiant problem (oh the puns

I got this from my old post, if you need further explanation ill happily lend you my brain 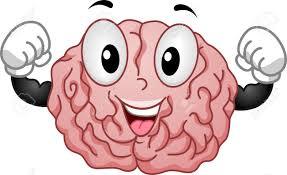 can you put that in your SHTT thread so it’s easier to find and link when needed?

Damn, I thought it was in there. There’s a lot I have to put in that thing… Uggghh. Work.

Have you used firefox? I think the numbering problem is firefox exclusive?

5. As @Kcellvirus said and I think TIFPO means toxic, immolate, freeze, paralyse and orbit in abbreviation. The legend affix elemental crit is far more efficient but will take up a few rubies until you find one. Good luck!

6. Nova deals 250% Oh dmg. Pretty good if you ask me. It’s a proc as well
7. I guess so… I know that if I use flintlock with multi attack, I can shoot more bullets at once and more enemy affected as well as more dmg. Same with comet. Multi attack apparently (correct me if I wrong @Skaul ) only affects primary attacks. If its in hero points, it can affect any skill. For example meteor hero skill above 10 has 1+ multi attack. This means, you can cast 1 meteor and an extra meteor already comes with it at the same time, but this only works with meteor hero points on wizard class.

correct me if I wrong @Skaul

can you put that in your SHTT thread so it’s easier to find and link when needed?

thanks i’m gonna link that everytime i reply to anything and annoy you to death.

seriously, though, that thread should be on your sig (if only we have sigs in the forum.