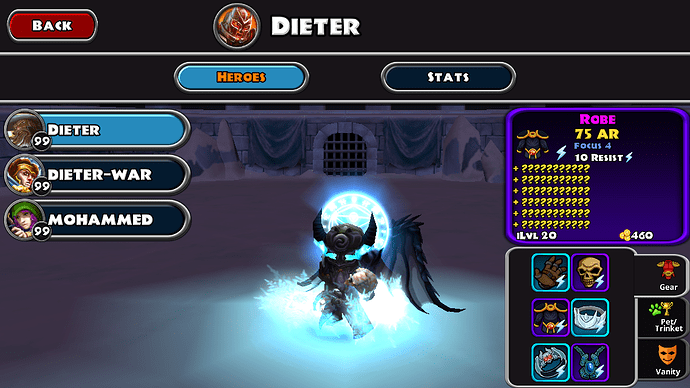 I know that im in eternal too, the name of his robe is just “Robe” and it shows its a mythic

Maybe the mythic name is too long so u cant see it?

Thats what I was thinking but not 100% sure

You think dieter is a cheater 0_o

Idk who that is, and I never said that I just want to know what is going on

Ik just messing with you bud.

Okay haha, do you have any ideas though???

Might be what fatefaker said second part of name might be to long. But I do know that mythic items only show the first part of there name.

Was so happy i played you in the arena today!

My build is so bad lol

Its okay trust me, im around 26 in eternal league and i just threw slme stuff together

I was first top 30 then I stop playing arena .