What falls into the category of DMG prevented

How is this possible to prevent this much dmg on Melvin(me) I usually have at least his HP prevented + 10-15k but almost 250k even if my 1 shield wall proc was constantly going nuts I don’t see that happening. So what is in this category is it resisted dodged reduced all of the above or only from shield like skills (mana/skull) what ever 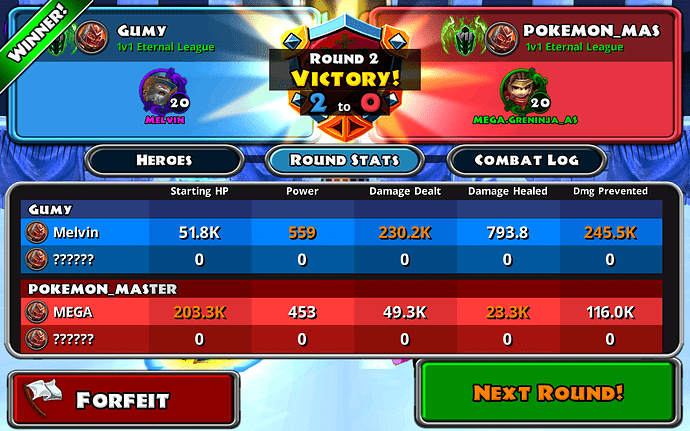 I think what goes in dmg prevented is defiant, resists, AR, possible MP absorb if that’s used in your build, shieldwall , skullshield dmg reduction if you use that, deadly arts or pathfinder and anything that is dmg reduction or prevention. Not sure about mana shields though.

If you heal hp rapidly, you can prevent more damage as you’re not getting killed so that can count under dmg prevented.

OK so no like dodge or resist/armor is in that I also use equivalence that reduces dmg could that be in there.
That brings up another thing why can you see pathfinders change in your dmgs but defiant does not? Just that affect of hidden stats still? They seem like basicly the same thing one is set 25% one based off dodge but one shows a doffernce on stay page and one does not

Let’s talk about useless descriptions actually equivalence reduces d!g based on your current HP/mana equivelancy but no where you can find a stat on that and let’s just say 5k life mana doesn’t do shoot but 500k does a lot. So if I’m at 10% life and still almost full mana does that mean I’m not reducing any dmg? Not because the number is high or low but because the spread is so great? Sorry love and really really hate this game for how vague most of the descriptions are then make you use these equations I suck at and p can’t come out with a proper number to save my life. I understand how they want it to work I think but it really is the worst game bar non for stat descriptions and what not. Don’t copy past some simple thing like x + x = xx from the codex cause most of it is wrong/hidden in stats/or completely usless

Sorry not a numbers guy and I think things need to be explained to me in a diff way then other people but this entire game I’ve had to test these and attempt to figure out by testing because there’s a completely useless description or what ever. Like equality(dry on the subject) gives SMG based on your life mana equality where the fuck is that stat what % off what DL you get what happens if they are off 500/450 500/500 1m/500 give me at least a !ath problem I cant understand better then some. Drunken ramble like I’m doing that means almost nothing to no one

The codex alone takes months to even figure out how to find things bexaue its like a phone book that I don’t think anyone can figure out how to use now days… Fuck is it wazard item warrior was it an affix or a buff a nature where the hell did this come from OK I see it most things say they are affected by stats on gear not off like nature what the hell is up with pvp everything is changed by way diff. % and fucked up and I can’t go into anymode to even look and compair gear I have to equip it go pvp. Ranked or 1 shot a useless dummy witch you so t get any example cause its obviously so far off in lvl armor etc all numbers are just obsurd. Hope a dev reads this cause its cause me to quit becuae I’m tires of using 5+ amethys or 20 items for obsidian and throwing away gear because its total shit just do see that with 2mil battle HP/mana only gives me 5k d!g and is fucking useless

I actually just used over 12 Topaz and 200 sapphire just for HP (skipped 1 on accident) and 9! Yes 9 amethys for a plagues set… That’s just rediculus I don’t play wow for a few reasons and 1% drop rate for something rediculus like that was 1 of the big ones

Oh man now that I got my self all worked up I just un installed. It will be back in a couple days probably

Btw doesn’t deadly arts only have chance to redfresh cool down that would affect stats like I was talking about besides re using defensive skills more often I.e. vanish or invis or what ever

Sorry I’m drunk a frustrated I enjoy the game just some of it really kills me so much time for something no one in thier right might would use and even my main build I keep using I’m still not sure its worth it because I just don’t know what’s happening where. Unfortunately I got my rant out to everyone already

EHEHEHEEHE it’s ok man you should go and do something you find less frustrating then DQ until you sober up the math is hard enough normally : P gonna close this thread for now feel free to PM me with any questions about the game you have I can answer almost any of them

Side note: yes there is absolutely another game in the works :3