What is the HIGHEST DPS weapon you have or seen?

I have a Lvl 53ish Eternal Chakram that is at 73k raw DPS without quality upgrades etc. Too bad I don’t like chakram because I find they suck 1 vs 1 PVE or PVP.

What is the highest weapon with raw DPS you have or seen?

I think my one-handed axe is 76k or something.

It seems to me that legendary bows are very few compared to other weapons… what is the highest DPS LEGEND bow that you guys know of?

I have a heavily enchanted murasama with 101.2k base dps 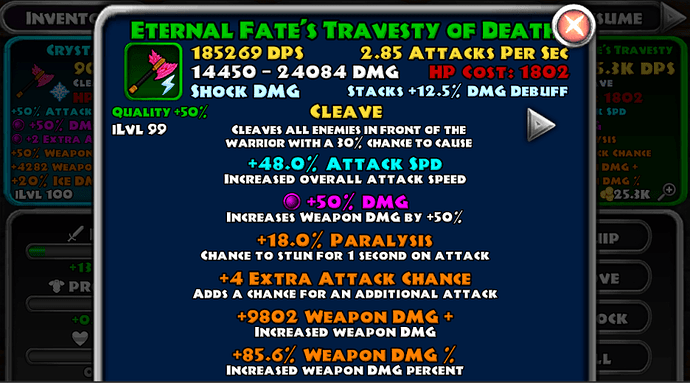 The more “dmg affixes” you’ll add on the weapon, the higher will be the dps of your weapon but it doesn’t mean you’re stronger…

See that eternal fate travesty of death? (btw this picture comes from a hacker, you can’t have an eternal with a crystal affix of this value (above 45%))

It has 6 affixes which increase the DPS, but they can be on other items without affecting the dps (attkspd, EaC), butt WD% WD+ and MS (DMG) are affecting this weapon only)

@diieter at first I was going to say you can have a eternal with a crystal affix.
I was just thinking that well I know you know your stuffs and then I reread your statement and it was because the Attack speed was at 48%. The cap is 45% right?
Eternal equip shouldn’t raise the crystal affix cap.

@Emman
I was gonna say the same thing, thankfully you beat me to it along with the explanation, saved me from shaming myself. Lol.

Yeah that’s exactly what I would say.

That’s an image from several months ago posted by Steiger as a preview for patch 1.8

. At that time, I think the common DPS of weapons was like 5k-20k

I have a 637k dps legend chakram lol. But I think it’s still low. I think having more than 1m dps in chakrams is possible especially in eternal items 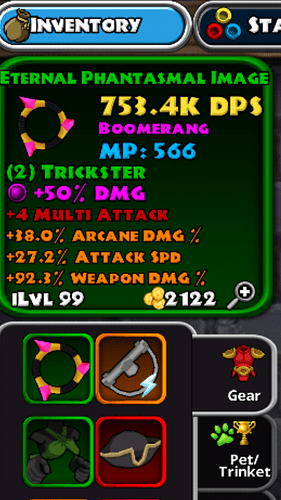 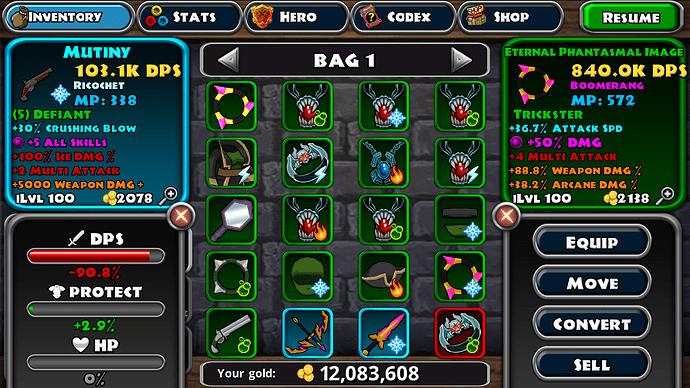