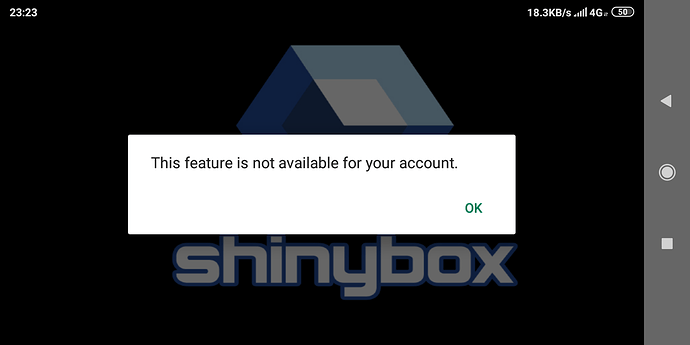 Ignore it. I get the same message.Just press ok and play the game. It makes no difference.

It doesn’t do anything. It’s like a pop up which you don’t require or need. It has nothing to do with the game makers. Just someone trying to sell you crap

Don’t worry about it. Takes but a second to ignore it. I have made purchases and have the same messages ever since. It’s like when I’m watching tv and the adverts come on I just leave the room because I know anything advertised has to be crap. I love this game because you can play it free. I make purchases to help the creators to make DQ2 because time costs money. And it’s kept me entertained very cheaply for two years.

Yeah the game is really addictive and is neither pay-to-win neither pay-to-play.You don’t have to play nonstop for a month to catch up with someone who has spent 10 bucks or something and that is very cool.Respect to the developers for not trying to get money for every single thing in the game.

Yeah and because the game is free you don’t mind making purchases. The extra character slots and stash are very cheap and it brings the game alive.

Most free games require purchases for you to progress. With DQ you have the option of purchases but you don’t need them and I was glad to make them. Monster boosts