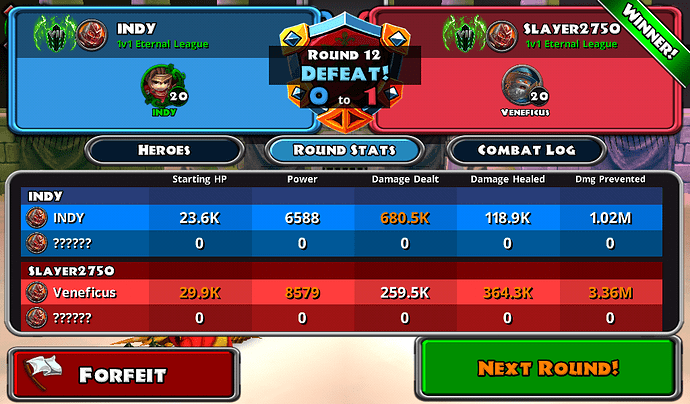 Finally after 16 rounds his skulldraga was dealling like 29k per hit, and he kicked my ass.

Meeting them all the time now… I wonder why lol @Mr_Scooty. Loving the epic conflicts though. My strategy is to keep them chasing me, build up the draws and power then go for the jugular

I am looking forward to all the variations players will create. Epic battles can be fun and the playing field has been level set.

I’m not quite sure about putting any other procs than mythic ones on my build . Testing testing

I may have to create immortal sacrilege and have no epic to hp. But christaline armour has to stay in my opinion

didn’t Mr. Scooty say that AR’s weakness is that there is a Trinket affix that reduces effectiveness of AR? not every player will have it, but if enough Immortal Builds come out with lots of AR for damage reduction, might see more Trinkets that target AR. he did mention using All Resist or Shock Resist instead, but I guess any reduction is necessary in the New Immortal Age of Battle Arena.
Edit: just took a look at @Mr_Scooty Immortal reveal, and Pierce on Trinkets reduces effectiveness of AR, and he does say use resist if you want to switch.

I suppose if you strip the immortal down to the crazy regen sets. Ignore any epic hp or christaline armour. Just put element damage on everything. Then go legend procs every other affix then you would have a crazy build . No hp isn’t as mad as it seems

There is always a trade @Golem

If you go for the AR trinket, you will be critically hit, element critically hit etc. There are pros and cons with all the options. 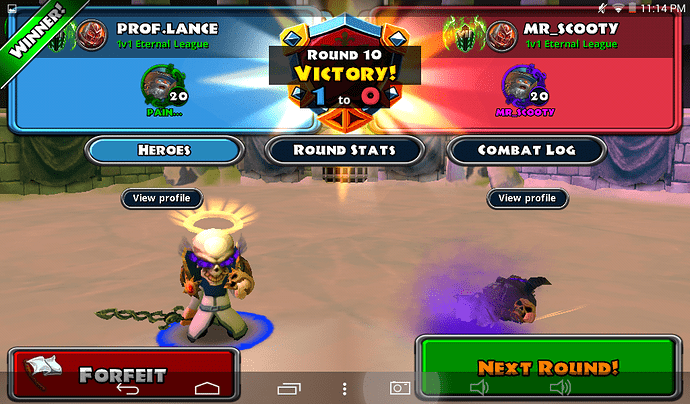 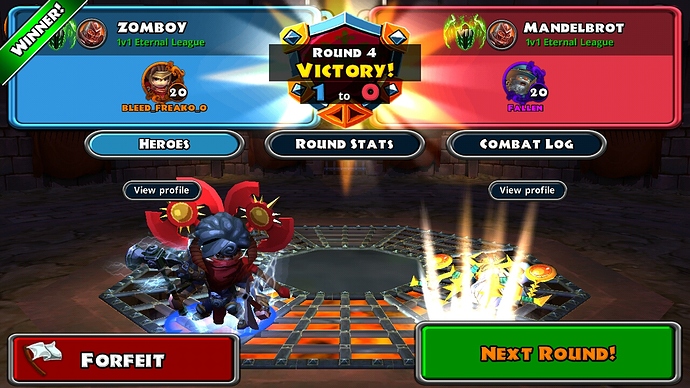 Whyd my new bleed build i can kill immortal ALOT earlier than before, before i kill them at round 9 our 10 know 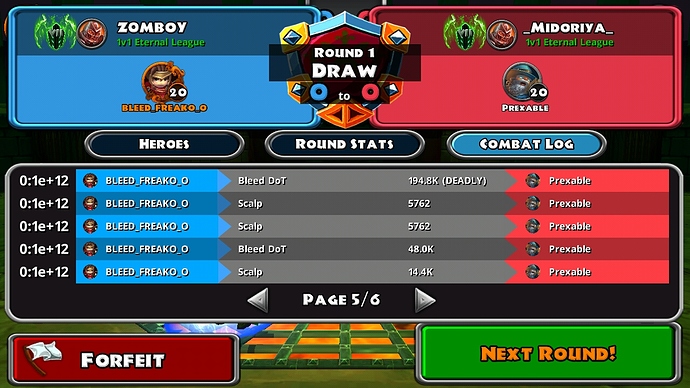 This is a test dummy, is a bug when you just play on arene, appears the name of the last guy you played vs, anyway, know i will recommend to all immortal users to get 3x perseverance our your you will get mutilated in 2 sec

Your rogue is very sassy girl men, my warrior just say hello and she deleted hem 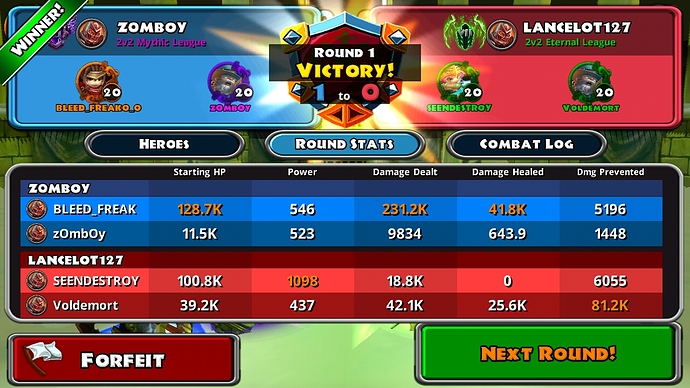 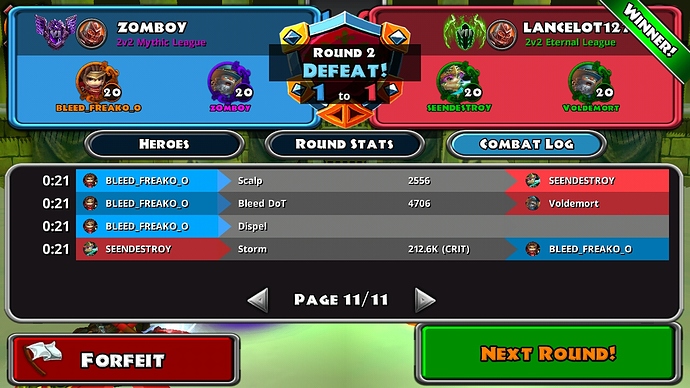 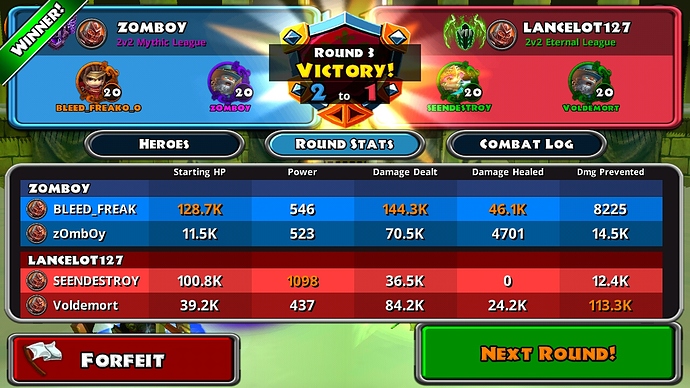 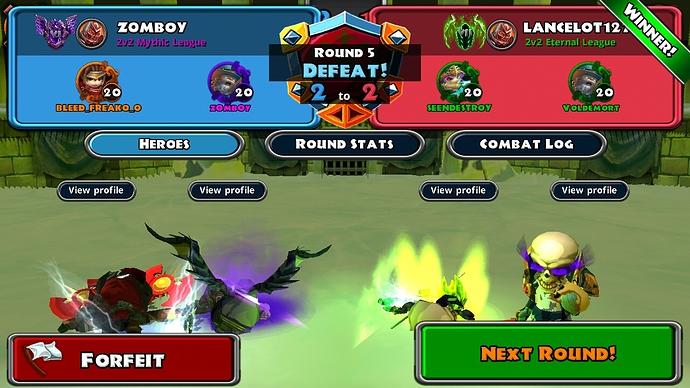 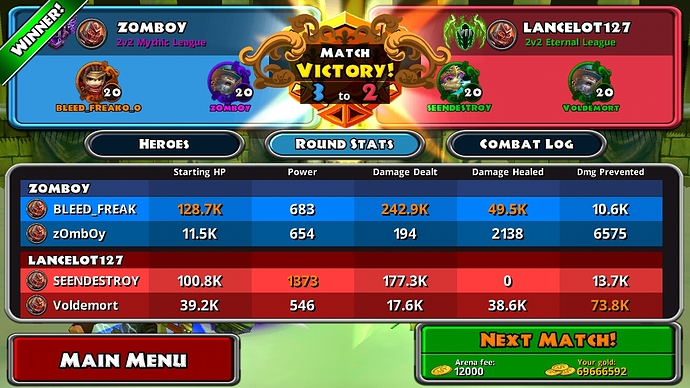 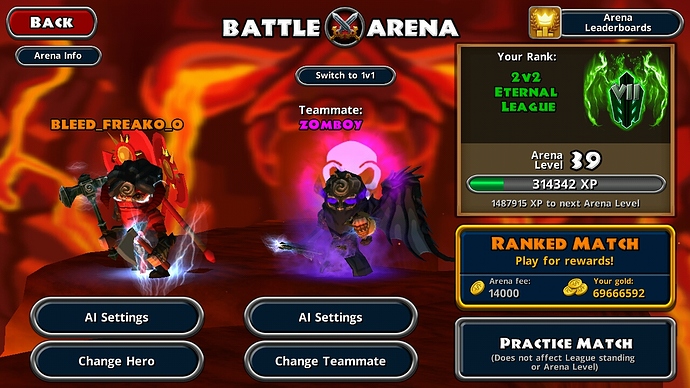 Thx men, whyd that win i get back to 2x2 Eternal League!
I literally fight 1x2, my wiz die in 1 sec

with 1 thread Mr scooty made this game 10x more fun

maaan its so funny to watch people grinding each other like Hey! i am the real immortal B) loool .D

Just simply becuase they dont know how to kill immortal in just 4 seconds​:joy:

@ZOMBOY Nice one hahaha you killed me men ouch😂