As promised I am sharing the updated whirling blades build. I consider it a basic build but it’s very effective. It’s based around simply multiplying the effect of Whirling Blades to create huge damage. It is very effective vs multiple enemies (pack size maps 1T - 10T damage) but it’s also strong enough to take down solo Legend+ monsters and fast!

I have written this guide to make it as easy as possible to follow for new players and veterans alike! 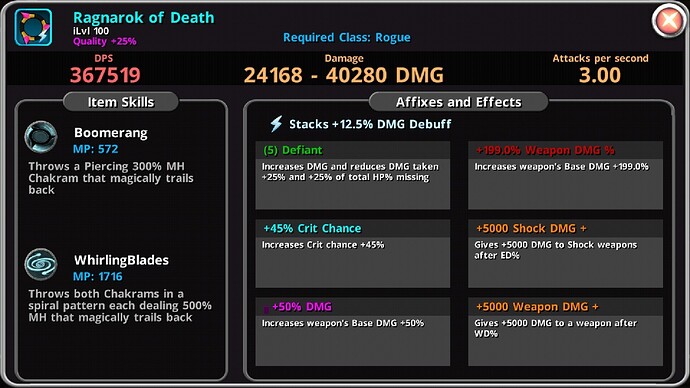 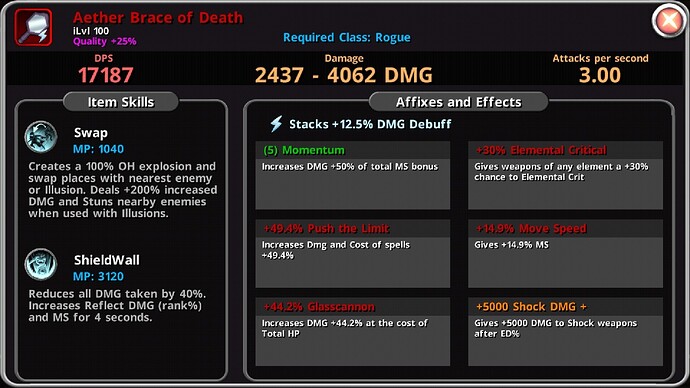 Wizard Aether Brace -
Jasper to Warrior to add Momentum set then back to Rogue
Added Move speed and Ele crit with with Ruby
Added 5000 ele damage with topaz/sapphire
Used Amber to add Shieldwall as special skill - A big damage increase and movement speed steroid with this build! 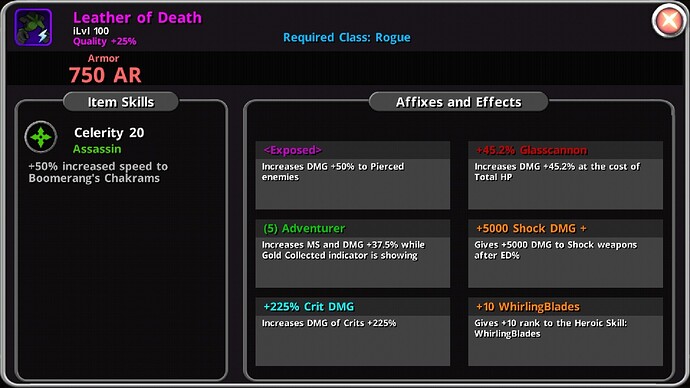 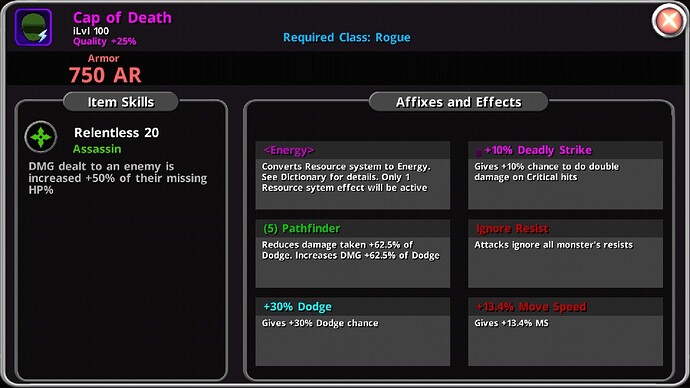 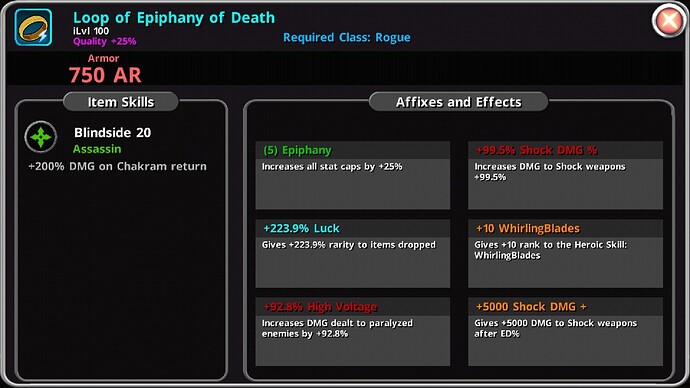 Loop of Epiphany from wizard Jaspered to rogue
Added Crystal Luck with Obsidian
Added ele damage with Topaz/Sapphire
Added 10 Whirling Blades with Topaz/Sapphire
(This item is a must for for floor climbing and what makes the build so effective. It gives me 75% Dodge which adds the survival it needs along with sanctuary mythic from amulet. It gives the build 70% crit chance and 422% critical damage!) 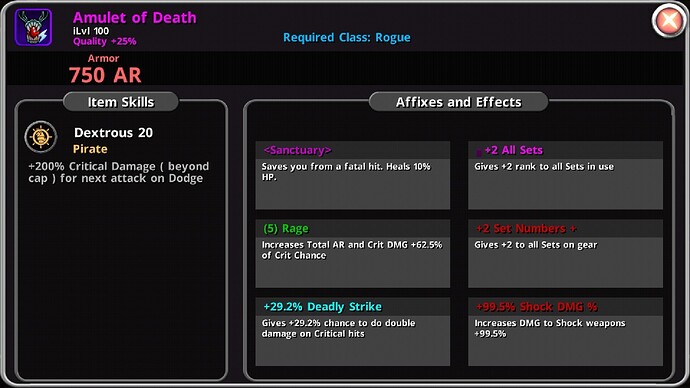 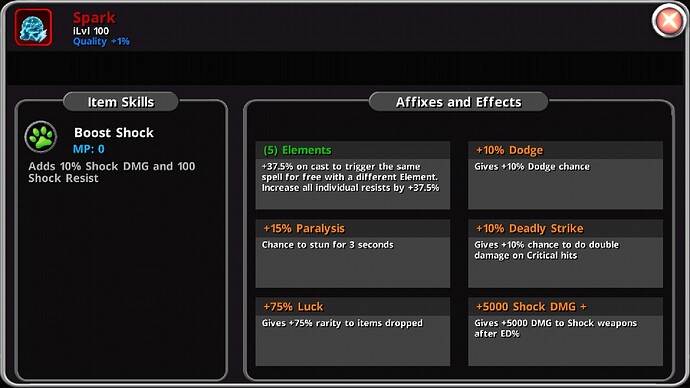 Elements Pet - duplicates whirling blades which makes the build very effective
I would keep all affixes as they are. Maybe add reduced cd instead of paralyze to cut 1 second off shieldwall.

The pet is not a MUST! I wanted to make whirling blades as effective as possible. To make this build 10x stronger I would add Frozen Set affix by either changing pet to Scout or Spike and rolling it on gear with amethyst.

All Stat Points into Power for Increased Damage and Dodge% ESSENTIAL

This build does not need huge packs of enemies to be effective BUT you will do insane damage the more enemies hit.

Nice build. You can improve your pets quality by equipping it and levelling it up naturally by killing monsters. That includes eternal pets too

Pay attention to the last bit. I like giving away secrets.

Epiphany is cool. Use it myself to raise stats limits in pvp

What a good build awesome… And the detail also is awesome

Btw can you upload a video? Pls​:pleading_face:

Where is the upload ? Lol

other than that, nice damage and build. looks like a good Farm Build.

Golem you’re absolutely right that Celerity doesn’t affect Whirling Blades… Absolutely nothing on the chest talent line gives me any extra benefit towards this build so unfortunately I had to take something.

well, if you have Smokebomb on your OH, you could use that one Talent… but then you have Ignore Resist, so you are correct about the Chest Talents.

Does it still effective at floor 3k and up?

just took a look at it again, and I think if he replaces his +5000 Shocks with Deadly Strike until it is at least+70%, then replace the rest with +20% Shock, his damage & DPS will go up a lot, especially considering any +20% Shock with his high Power Stat will do lots more damage than the +5000 Shock.

also, Ballista could replace Adventurer Set. sure, you lose the movement & damage boost when Gold Pick Up Indicator is on, but every yard the Whirling Blades travel, damage is increased by +7.5%. well, shoot! replace 2 of the +5000 Shock with +10 Blindside for Blindside 40, all those +7.5% damage per yard the Chakram travels will be multiplied by +400% Blindside when the Chakrams return back to the Rogue. double to quintuple the damage before you even do Crit damage, depending on how far the Whirling Blades have traveled. haha, and any enemy getting hit more than once by those Blades are going to get seriously sliced up by the Relentless Talent. shoot, forget any +20% Shock, get Relentless up to 40 also.

wow, now I want to build this Rogue!!! hmm, actually I have had thoughts on a similar build, with the changes I suggested, for a Discordant Boomerang Build.

this Build is doing more damage than the Climbing Build I am using, and I am almost up to floor 2000, but then my build makes up for the lower damage with higher Attack Frequency. the changes I mentioned should have Trillion damage show more often, and probably tens & low to mid hundred billions instead of the single & tens of billions most of his attacks are doing.