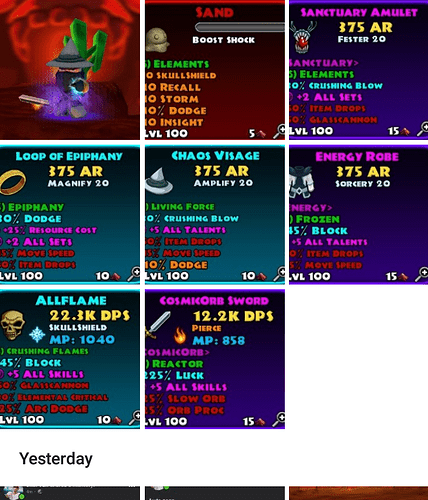 Example i found 3k legend items (red item). How do they score that?

until the Developers refresh the Leader Boards, you need to be near the top 8k, or it just shows you as 9999. the Leader Board rounds you up to the nearest 100 for the amount of Legends you have found. 10,450 would show as 10.5k Legends found.

basically, if you have found 10,500 Legends, the Leader Board would show 10.5k found. and it is shown for the Character you have Equipped. so if your Farming Wizard has 10.5k Legends, and your new Rogue you recently bought for PVP Battle Arena is Equipped, it would show the 108 Legends found by the Rogue. if your Wizard is in the top 100, then everyone and you would see the Wizards Ranking, but only you would see your Rouges Ranking.

haha I see… thank you for info.