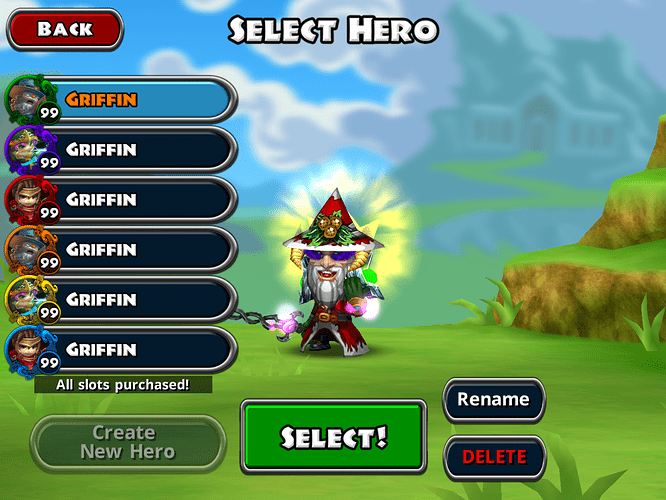 You make me feel like I need to play more, and, when I make an attempt to, I feel even worse for quitting.

it take time blood and sweat to achieve it haha

I agree with you there

Wow. Way to bring some sense to it. Jerk.

True but it’s prettier this way

I really do wish there was an ability too rearange your characters though so I could actually do a rainbow too show pride in how incredibly gay I am : P

Yep I want that feature too. But it will be a hell of coding when you put it on cloud save

Awesome. But my answer is “oh hell naw I not gonna make ascension rainbow because I have better thing to do.” Congrats for dedication and bringing the idea of it. I never thought of it like that

Credits to you making them all lvl99 wizards as well which is extra credit for extra effort. I have so much time in weekends anyway because being a teenager has its perks.

Now that I was 16 two months ago, I could finally get laid legally but I will not get laid until an appropriate age where I get a great job with great money and stable situation. Being 16 is a cool age but also a stressful age because of exams but once I get them out of the way, I can get on with life so well

This will certainly inspire quite a few people to do this challenge and try to get lvl99 of any class.

how that can have color? mine im lvl 99 but i dont have that colors and what is orange on exp can do if its full?