Battle Arena Crafts Analysis; And What is Your Favorite Craft?

There is no perfect build

One beauty of PVP is the variation and customization it offers to players. With the endless possibility of different affix combinations, you will never run out of ideas/or ideas to copy

Here are my observations of crafts with thousands of experiments and matches. I classify them into all-rounders and specialists for purposes of my discussion. All rounders can take on every other craft with varying degrees of difficulty and strategy. Specialists uhmmm…, specialize in specializing their specialized tasks. Just kidding. Specialist crafts are very good at what they do but there are certain crafts that just counter them perfectly.

ALL-ROUNDERS
Pure Immortals
-the most common in the upper divisions is strong vs. all other builds. It is the best-all rounder for AI gameplay. The downside?
Other immortals with some form of anti-immortality. Sure you can draw up to round 12 or so and see your character survive with more than 75%hp left in tank. But after so many draws, you will be surprised your opponent will actually devour you. Still, I suggest everyone to have at least one immortal craft in their inventory.

Hybrid Immortals.
This class has been unspoken of. These are the ones I am referring to above that possess some kind of anti-immortality. These crafts sacrificed some tankiness in order to get the edge vs. their own kind. They are very good all-rounders for active gameplay and their AIs are headaches to pure immortal users. You will beat immortals with minimal number of draws with this type of craft. The problem is that the AI will be easily killed by high damage crafts and other strong hybrids.

Storm Burst Rogues and Warriors
They are very good all rounders for active gameplay. High mobility allow them to do hit-and-run maneuvers against almost all builds. They have the ability to bypass immortal tankiness by stuffing in lots of deadly strikes and crits. Downside? The AI is fragile and it needs some kind of training on the part of the user to defeat strong ricochet and barrage campers.

BloodMagic Builds
These builds are hp monsters that reach up to +1.0million in the arena.
They are the original tanky build before the rise of immortals. In general, this craft deals more damage than immortals but they have less damage reduction and almost no regenerative ability. They survive barrage builds better than immortals do-I cannot think of other benefits to using them because they are rendered obsolete by the introduction of immortals.

SPECIALISTS
Barrage and (Olympian Craft)
The barrage is my personal favorite. A well made one kills anything it touches-immortals, blood magics,etc.-you name it. However, there is one problem-you cannot touch everything. You will face long ranged crafts like ricochet and other barrage crafts. There is a way you can beat other barrage crafts but the pistoleer rogues don’t want to be touched at all.

I am not the best person to discuss Olympian but the Olympian definitely has the same limitations as that of barrage crafts.

These are specialist crafts. You cannot get to no. 1 spot if you only use barrage or olympian crafts only. You must use at least one of the all-rounders. However, these craftswill take you near the top the fastest.

Ricochet Crafts
The hate craft. I hate it so much that I had to make one myself

: It has the longest range in the arena and the knockback talent is really annoying for non tanky crafts. Not too long after I left it in the arena, I got chests from it despite not being finished that moment. @flasher13’s pistoleer rogue probably has thousands of rare chests now waiting for him.

Like the barrage, this is also a specialist craft. It is made for passive gameplay/camping. It can take on barrage crafts and other non-tanky builds. It cannot take on tanks, unless you use bomb to vault away from immortals until you earned enough draws to fell one.

Summoner Crafts
(Div 1. is waiting for you @dickwad…)

I do not have an analysis on this one since the only summons I see are apocalypse furies.

What is your favorite craft?

I don’t use any of this builds. I have my tank build with nearly 0 damage to distract the enemies. My wizard stay in the back and shoot them to death with twisters ^^ 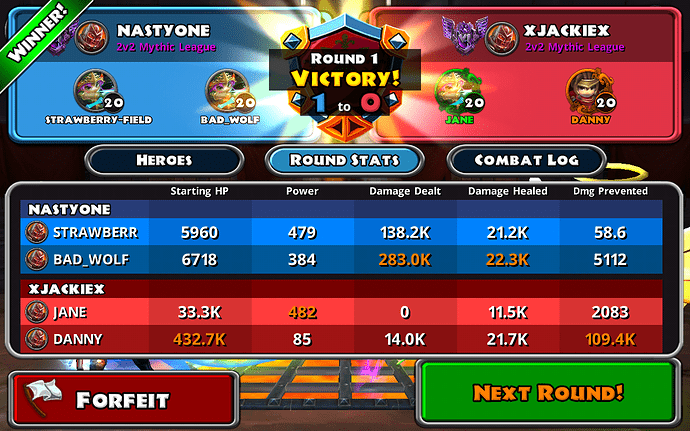 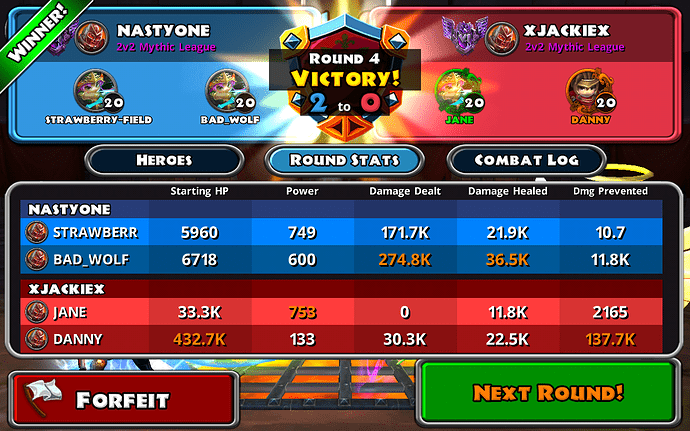 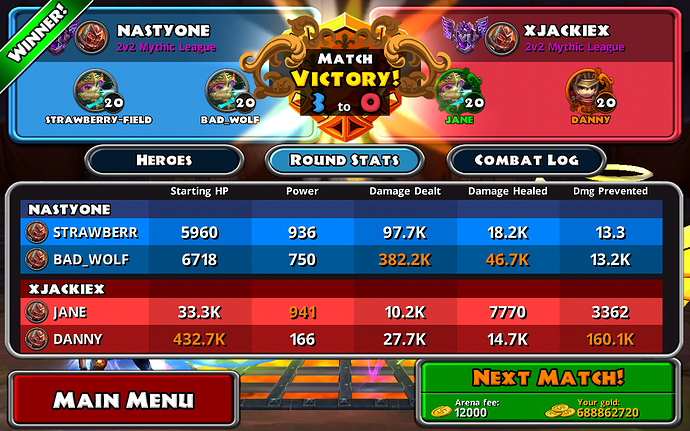 And because all my characters have an active permafrost bonus then my minions regen rather that just rapidly die. All characters have furies. One wizard and two rogues use the anti immortal cosmic power ,projectile ( barrage or ricochet ) and time warp combo. My wizard summons spirits too. The command summon is not used to make room for timewarp. My over wizard and warrior are more straight immortal. And I have a work in progress rouge. So I’m an hybrid of all these builds. Sometimes a mirror image may appear. And if my luck holds true I can get 6 furies on one character or even zombie furies that will not die (which is game over for your enemy)

Hybrids are my favourite crafts. I like giving people surprises

Oh. I am sorry my statement must have insulted you.
I wish I understand summoning as much as you do.

Please climb up a little more in 2v2. I have some things in store just for your gremlins.

You didn’t insult me

My summoning hybrid immortal is waiting for you dickwad.

I’ll see if I can find room for melee minions without compromising too much my build doctrine. 4 Recall talent takes toooo long to spawn even one and I do not want to change OH Skull to Tome.

It has not suffered a lost match in my hands yet.

Maybe I might if I meet your minions again.

Edit:
I have lost to a bleed type immortal. I have to remove the wand for the meantime.

i always go for the pistoleer rogue with traps and a storm proc. I’ve gone all the way to mythic league with it. hopefully I’ll be in eternal league soon!

You will be. For sure.

The day of the summoner has finally arrived in the arena!!!

Your summoners have more character than mine. Mine are just there to fight, die, and fight and die again.

I lost to a bleed type immortal at 2-3. It felt bad(triggered OCD) . I had to keep the minions in lock for the meantime, go back to arena and fight mano a mano again to that bleed type dude solely for redemption.

You are much better at making summoner hybrids than I do. I will put the summoner back there when I leave so you can face it once you change your mind and climb up.

Sounds strange does it not. Just think of a great build or copy a great build first then just make sure you have apocalypse mythic in main hand weapon. Virtually everything from the main character transfers to the minions. Let’s suppose mythic procs do such as apocalypse. Now a fury is such a mini me of your arena toon that the chances are highly unlikely but not impossible. Also maybe cerebral cortex is passed down but highly unlikely

@NUIQUE my favourite craft is one I made as a new player after a conversation with @Golem who gave me the idea for the 7 deadly sets build for pvp. This video is almost two years old but I’m proud of me and @Golem created as new players. And I’m sure @Golem is too. Let me introduce the 7DS pvp for mythic leagues only

https://m.youtube.com/watch?feature=youtu.be&v=7qOqh6v3waM Enjoy x But best of all is that we both found the most rare item in DQ. Merlins imp. Poetic justice.

I will try to find a video to inspire people to make builds. https://m.youtube.com/watch?v=nqW9J7Oo7xI. I already had it. There’s lots of build ideas there. @NUIQUE my minions are melee and spell casters randomly. I don’t know why.