Im bad at explaning things, so I’ll just post my items and a short video. Any suggestions that can improve this build into xx times is much appreciated. 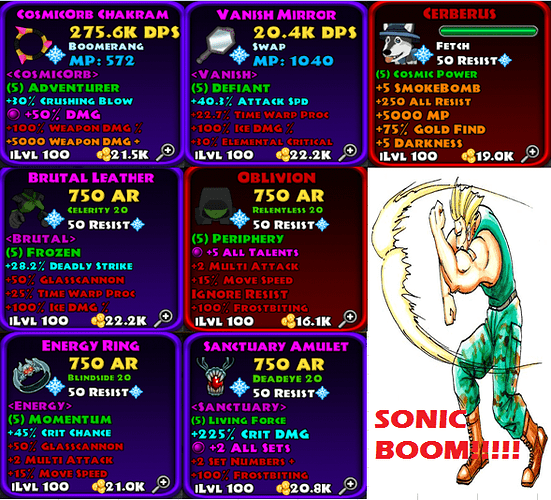 Error everytime I upload the video. Anyone know what’s wrong? Its in MP4 format.
I just managed to take screenshots. 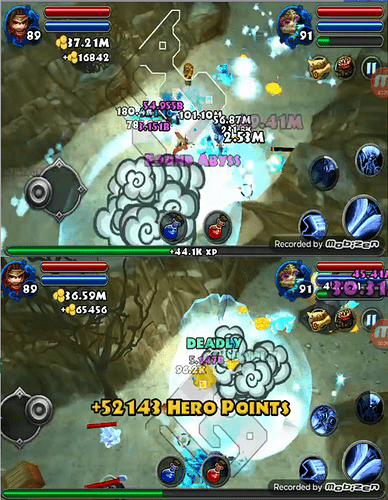 Btw is the explosion made by Frozen multiplied by frostbiting?

Who have it the billion damage?

Rogue hireling. i will use another app for the vid i just saw 100b+ and 200b+ earlier. Im not sure if it will still increase in damage if i add more frosbiting affix and permafrost set affix. I just dont know which affix i will remove.

Still getting this when trying to upload vid.

highest damage i saw so far. 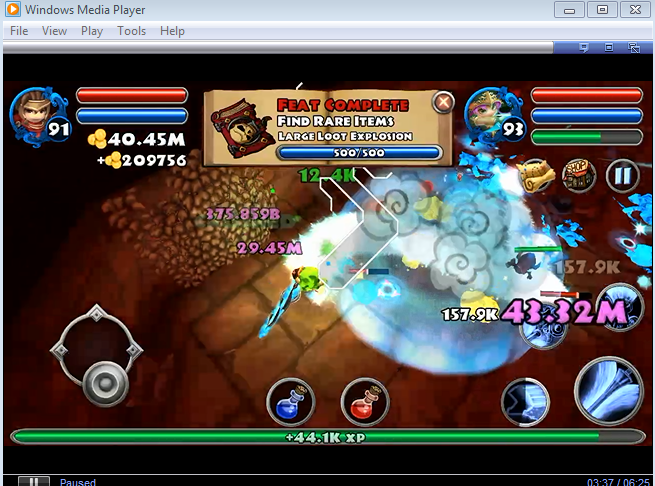 The forum may not support directly uploaded videos. Might want to put it on youtube and link to that.

As he said. That why I upload to youtube and show links to my channel for my build to be seen.

What is it that makes the spike damage? The Boomerang or Whirling Blades?

If you ever find a Spike pet, you should swap it with the Cerberus and put Permafrost on the ring.

EDIT: forgot about the time warp dmg+. Maybe replace Defiant with it.

Ballista might also do good. Still haven’t tried ballista on chakram tho

Maybe replace Defiant with it.

This. If you need to replace something, choose Defiant. The +Dmg and Dmg Reduction seems useless considering you have 100% Glasscannon.

Replacing Ballista with any of the sets he has would be less beneficial. Plus, Ballista isn’t to beneficial to chakram.

Its the Frozen set that gives off the spike damage. Ive made a similar build way back v1.8.1.

Frozen-Chakram Build v1.8.1 SETS 1. Living Force - Increases damage of return chakrams immensely. 2. Frozen - This is the whole point of this build, to showcase this under-used set. 3. Periphery - Provides a way to deal damage to kill of frozen monsters. 4. Blood Magic -Staple of most builds. 5. Rage - Also another staple of most builds. 6. Plagued - Additional armor, although this is changeable to whatever else you want. 7. Permafrost - Also changeable, but i like the MP absorb thing coupled …

Since then Permafrost, BloodMagic, and Rage, have had changes made. So just adjust it a bit and add whatever Mystics your little heart desires.

ts the Frozen set that gives off the spike damage. Ive made a similar build way back v1.8.1.

Once you have updated the guide with the video, I will add it to build compendium

As moxyII said, the forum doesnt support video upload. So, you have to upload it on somewhere else and share the link of it.