Well, well holidays is fast approaching so, are we expecting anything good to come?

hope a vanity or boost again

Holiday Patch has been submitted to apple already. As soon as it is approved (probably early next week) we will get it out on all other platforms at the same time.

I don’t think those will be given out this year. But the devs have proved me wrong before with their generousity.

New fallen vanity set is active.
New demon slime pet will be given out this month
Holiday Vanity items will be delivered the Week of December 25th.

Full patch notes will be on the main forum shortly.

Update is out for Amazon!! Very Cool new Fallen vanity! +1

Check it out. o.O 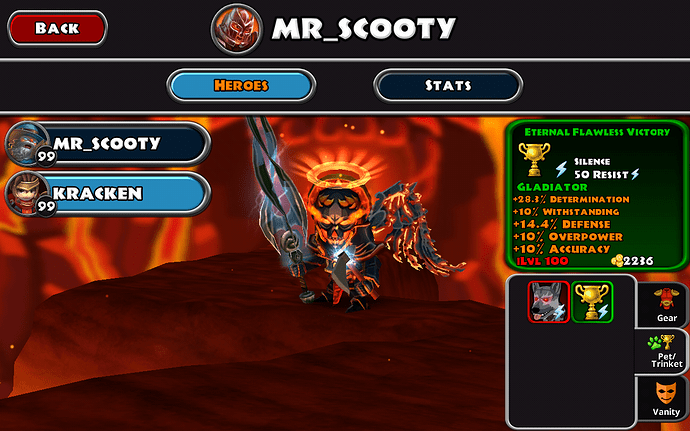 Thank you VERY MUCH for your support!!

Yeah, we really like that set…the embers on the wings look really awesome imo!

Like I’ve said in the past, outstanding game and phenomenal support. I am honored to be a part of the Dungeon Quest experience.

BTW the embers floating/ fading in the arena from my previous locations is really really cool. +1

The vanities seems to be pricey yet it’s worthy!

We added a bundle for both ascendant and fallen vanity packs cheaper for both as one pack.

great! we always love those offers! <3