Just wondering if Dungeon Quest supports Chromecast as it is currently my favorite mobile game and I would love to stream it to my TV but I won’t drop the money on Chromecast if not. Thanks!

It has been a while since I have tested this.

Let me check on my end.

Can you tell me what version of android your device runs?

Yep, my phone is a Galaxy S7 Edge and runs Android 6.0.1. Thanks for looking into this

I will test the chromecast tomorrow. Will you be using the “cast” option from your pull down android menu or the “samsung share” option?

I am not sure what the difference is, want to make sure i get the right one tested

I haven’t used either yet but I’m not much a fan of the Samsung apps and services so it would most likely be the Android Quick Connect option.

Ok, I will test that out that option then.

I have a regular (non ultra) chromecast so I assume the things I did on that will carry over to the chromecast ultra.

I updated my chromcast to the latest version
My android phone is above android 4.1 (required by chromecast)
I set the chromcast up using the Google Home App 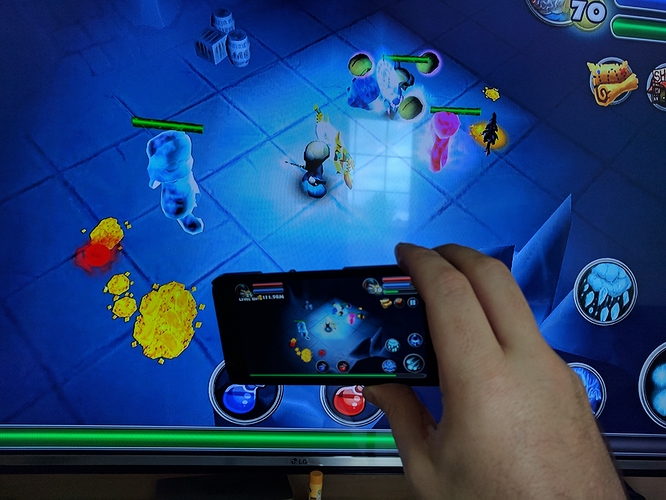 Let me know if you have any other questions.

That is awesome. Thanks once again for verifying this. I also will be using a wireless 360 controller but just a thought, the delay may be eliminated by getting Google’s chromecast ethernet adapter for $15 if that’s a viable option to run. I will be getting the adapter to try soon.

Ya know I thought about that. I also thought maybe the ultra Chromecast may have less lag. By no means was it bad, I tried to get a video of it but I had a hard time holding the phone filming etc.

Well I just picked up the chromecast, I don’t see any sense in getting the Ultra since I don’t have a 4k TV. I’m setting it up now and I’ll come back and let you know how I make out. (I am connecting via WiFi for now since I just picked it up at a local store that doesn’t carry the ethernet adapter.)

You using an OTG cable for wireless Xbox controller by chance?

Sorry, I was playing DQ for the last couple hours. I just got my S7 Edge on Monday and it came with an OTG adapter, I wouldn’t call it a cable because it is just a small little plastic box, no wires. I have an Xbox 360 wireless controller receiver scheduled for delivery tomorrow that will plug into this. So far I ran the game on Chromecast tonight and I didn’t experience any controller latency but I’m currently using a wired controller. There was a bit of a reduction in framerate as opposed to the framerate directly from my phone but this may be the effects of currently running it on WiFi (router about 20 feet away). All in all, it was an incredibly viable play option and I will continue to play this way as it feels much better staring at a 42" screen than a 5.5" screen

. I stopped playing because I ran my battery to 5% but this should be alleviated tomorrow as I have a wireless charging stand coming too. This is what the adapter that came with my phone looks like: 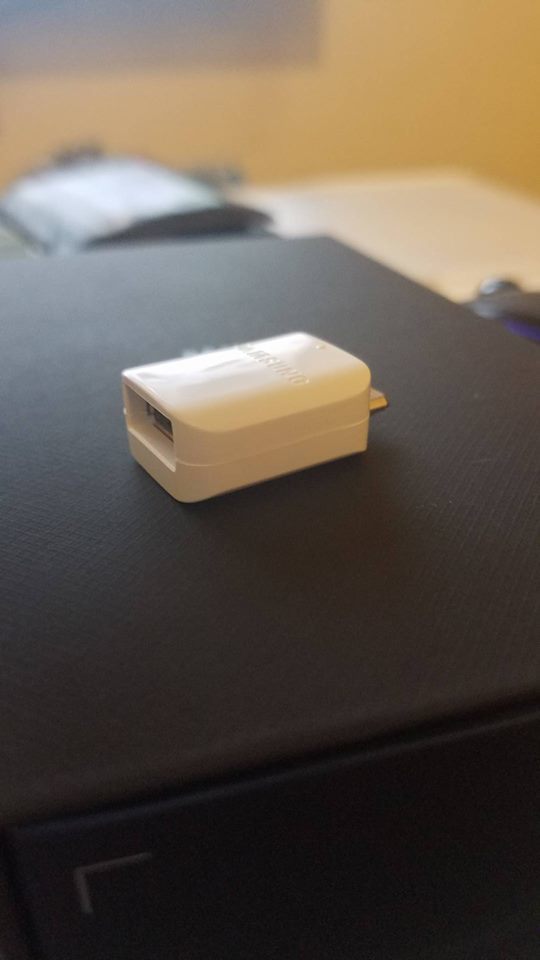 ahhhh very clever! Ok, I know which one you are talking about. My portable explosion devices (IE Note 7) came with one of these as well.

The samsung phones are all really nice, I hope the note line can bounce back from the batter debacle of 2016!

I really should have brought this up before as well but I didn’t think about it before you got the chromecast.

The Amazon fire TV stick (with Alexa voice remote) runs the game like gang busters, is also a cast device and does a ton of other nifty things if you are in the market for an all in one device.

So today I received my wireless 360 receiver and I was able to pair it to my controller without issue. It works in game and all, however, the D-pad is seemingly unresponsive. I ran an app called Gamepad Tester and it registers me pressing the D-pad buttons, however, it looks as though they’re not mapped or something as they read as (0x0000) I don’t really know what the numbers represent but here’s a screenshot of the test. The 4 inputs on the top represent the left and right directions of the left analogue stick which work just fine. I know this probably isn’t your area of expertise but I figured you may have some insight as you’ve been extremely helpful so far. Thanks! 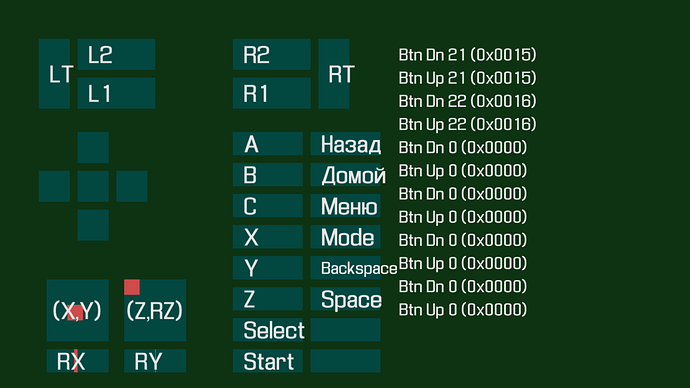 As far as your test goes (looking at the image):
The four boxes at the bottom are representing the analogue sticks.

It may be that your (Z,RZ) readout is giving you an issue because it needs to be “centered” when you connect controller.
Does the Z,RZ look like that the entire time or only when you are testing its range of motion?

Just to add to that, when I move the left stick, the (X,Y) red box moves in proper correlation to the stick but the directional boxes also emulate the same movement, I don’t know if that adds any needed info.

What does the r-stick do in game? Does it move your character or do the effect of the d-pad?

It really doesn’t do anything. Maybe my controller’s busted, heh. I haven’t used it since my ex left in May and took the 360 with her.