Hello! a newbie here, first time to share my build since 3.0 patch and been using it up til now…
Hope you like it and feel free to comment what’s on your mind if you find it useful or you can tweak some affixes to suit your game play and style…
But as the title says its Cheap coz you only need 2 Mythic parts for it which is ENERGY>(Helm) and SANCTUARY> (Amulet) 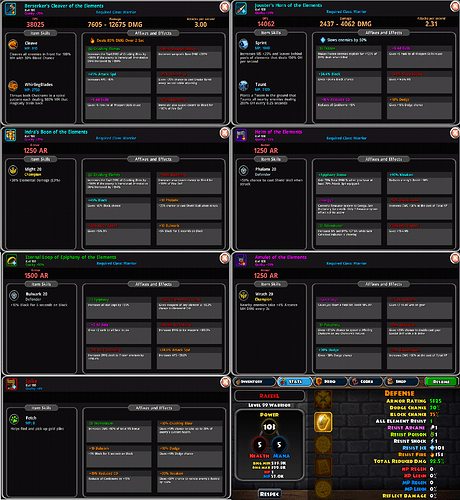 You might wanna see this thread. InFinity InFinity Build

And also, you might wanna give credits to the real owner of this build.

Read again what I posted there. Might wanna see. Not “its the original concept”.

I mentioned that infinity build because of similarities. Just for comparison.

And I said give credits to the owner, and you just did. Thats a good thing.

I know most builds on this thread and i can say that its not stolen, theres a lot of different concepts going on form lots of different ‘authors’ and i can tell youve done your research.
But i say not stolen half from memory and half from that this build could be improved, im actually looking into making thos build myself, ill be sure to let you know as soon as im done but it will take some time… especially that ring

I get what you’re saying and thanks anyway…when I see the thread that I mentioned, I was kinda… I like that build, yeah! but its expensive for me at that time and I don’t wanna be a copycat so I try and try to maximize my damage output with minimal resources while climbing higher floors til I came up with this