Goodbye DQ, its been an awesome journey

I want to say, thank you very much DQ Community for being amazing even when I was around. I learnt a lot from many people like Mr Scooty, Cronos, Teacup, Golem, Dickwad , Griffin, Skaul and many others. I enjoyed learning to build in creative ways, discovering theory crafts and ideas, discussing stuff, trying to think up names for builds of mine, testing patches, creating guides and more. Also potential ways to innovate or spice up variety of the game.

This game was fun for me as a casual player at the beginning when i was a total newbie trying to grasp the mechanics but discovering the forum community was another awesome thing like my Aftermath Guide. Then playing the PvP arena mode for the first time and meeting many cool people. Also climbing floors as high as possible with the best build I could possibly make with my planning of the discordance orb build rogue and working around limitations of some builds.
I feel great for making some impact whether small or large and making the game more enjoyable for anyone, even the deeper mechanics and discovering of them every update that came by.
Youtube was another interesting journey as I found out how much effort and learning it takes but I enjoyed the process even if I was using a phone to do it to show off my builds and in a sense, DQ History. Also OST videos of the games Music since I didn’t see many. 10k views on one of my videos, thats so much, thank you very much. I did want to make DQ Youtube a little better.

Even creating the discord group was an interesting learning experience.

Anyway I want to say goodbye to DQ as I don’t feel like Playing it anymore or many games really , and I stopped having fun after doing everything I felt I needed to do in the game and in the forum/discord. I won’t forget how much it impacted my life and made my brain active to think a lot though. I discovered many new interests thanks to playing this game , making new friends, being more confident and positive in life, and motivation it had to help me complete exams and studies like Computing. Even a way to battle out depression when I had at some point and grief when I lost my mother to cancer. The life lessons I have gained not only from this game but in general as I did studies, make friends, pursue other interests.
I also managed to get over addictions like video game addictions.

At least I feel good knowing that I made some kind of impact , had fun along the way and made other peoples day good. It doesn’t meant I will stop playing games or even DQ, maybe I will one day return to it whenever that is, or play DQ2 at some point. I just don’t want to put too much pressure on myself or stress if I’m not having fun or good time. Even Grinding gets tiring after a while. Whether i come back at all, I don’t know.

Oh and I didn’t complete getting every eternal and one with every crystal legend,pets or so, but that’s because I realised I am not having fun on this even though I wanted to be completionist. It was an insane challenge to be fair that I set myself. Anyway in my mind, I think I have completed everything i wanted to do. Making YouTube videos of build, posting build guide, thinking some creative or different builds, theorycrafting, being on top for pvp once or twice, innovate, etc. I even got to play Test patches as another interesting experience.

Good bye and God bless @CuzegSpiked. Maybe someday when you’re over the hard patches in life we will see you playing for fun in DQ2 . I lost my mother too, quite suddenly, in 1995.I was first year studying nursing at Manchester University. I threw myself into the course in order to divert from the grief. I graduated after 3 years and was a nurse on an acute surgical ward for ten years. Seeing so much death brought my grief out. So I escaped to do a forensic science degree. In the final year I had alcohol issues but managed to get a wishy washy BSC. I’m ok now but have been working in a no brain job for 5 years now ( I like the no brain bit because it’s relaxing.). I hate boredom though so DQ helps on tedious bus journeys (along with cryptic crosswords). I don’t really play at home as I just to vegetate in front of cookery programs, SCI FI, classic films, horror films and crime dramas. Have fun with your courses and I hope you have the life and job you hope for

@CuzegSpiked sorry to see you go, but every one levels up in RL too! continue to grow and know we are all cheering you on.

Thank you @dickwad @Golem . Real life is also a game in a way

. Maybe I will try and shift the meta of real life too like in DQ. I remember doubting myself thinking I wasn’t so creative until I played DQ and realised I have a bit of creative potential.

Me , @Golem and you @CuzegSpiked and @Mr_Scooty and @NUIQUE and … the list grows on for intelligent people. You practice your intelligence in a complex game ( a safety zone where your not judged and it doesn’t matter… Like a baby taking its first steps ) then you unleash your potential in real life. Then one day, like me, you will rediscover an hobby ( eg playing games )

I reckon you should be a writer of games

I agree, that sums it up pretty well about how I feel of this game. You get to do it at your own pace as well. Even me with what the doctors called “learning disability” and autism, well this game applies well where i practised my intelligence, exercised my brain and such. Oh and originally I remember coming to this game thinking “this is the only game I will play to get over a video game addiction from clash of clans”, oh boi how wrong i was lmao. In 2015. Little did I know i spent months playing dq like a newbie messing around and slowly learning the basic mechanics from an hour a day in the school bus to playing several hours and reading forums.

But at least this game made me think harder than previous games, and it helped that it was all offline too. Even when I had Maths exams and other exams for GCSE, I was able to control myself and work hard. I did study with a tutor at home to enjoy the subjects too. Maths mainly because of how much math this game has. The interest in IT and technology was because I played on a slower Galaxy S3 mini, discovering root, modding, understanding how the CPU and GPU work with the OS, custom kernel. Then I researched for gaming PC to build my very first PC and I was like my own technician . Then I discover Linux and wanting to go to Linux after realising android uses the Linux kernel and I was messing with that the whole time. So I went to desktop Linux to take control of privacy that Windows 10 invaded and I ended up having an interest to cyber security after finding out how many ways they could track through a browser, back doors, spectre and meltdown exploit, etc. Also the open source vs closed source and wanting to program for open source. Also going googleless was something I wanted and I achieved that well.

@dickwad , oh really? Well I did want to become a game writer, designer or developer at one time but I chose IT at first because I wanted to gain some experience with the system and perhaps play more games. I guess I know what makes good or bad game design, sort of.
I am not really a writer but I could probably create a good story maybe. Creating soundtracks could be another, maps and more. I will mod my favourite games like Doom to try something new and learn a few things , such as adding Hyperdimension Neptunia characters and adding the Neptune waifu (a reference to sega Neptune and for some reason made me want to look into video game history again) . I found many interesting things or ideas with one of my real life friends too who had similar interests.
I could do graphic designs too or art since I enjoy that even though I didn’t do it much but yeah.
Typing fast at 100wpm is a nice thing as well , could probably come in handy for programming.

Another thing I am glad is that I even met someone who could be my potential gf even though its a long distance relationship.

Well, I have not much to lose, I will give it my all and try whatever I want to do as I know life is short, and its good to JUST DO IT as I know from DQ. Even embracing failure to try again and learn. I want to make my Mum proud for sure.

@CuzegSpiked I’m on the autistic spectrum ( high performance) and all my nephew’s are. I’m also dyslexic. As is one sister and niece. It’s genetic in my family. I was labelled stupid by stupid teachers at primary school (and my parents) .Anger made me prove them wrong just to prove them all wrong . But anger isn’t a good way to push forward because when you achieve what it is you want to achieve then you get bored . Strive to achieve what interests you. End of lecture.

It’s taken me 50 years to come to that conclusion. I cannot get them back. I look at the limited time I have and think ‘Sod it. Enjoy life to the max because you are a long time dead’

I see. Well thank you. Also looking at the forum statistics, I think you could beat me on the All time records or Golem but I welcome it

Lol. Go forth Cuzeg VII XD. jk.
No monopoly intended, but many competition.

Ahh heres the story behind my name I found, this is true: Story Behind Your Username as ridiculous as it sounds. But it seems to work lol. Staying true to the name.

Watch them and weep… Oooh I’m thinking epiphany ! Thanks for the idea @CuzegSpiked

Nice. Well, that’s what I usually did but you are welcome my apprentice. Go forth! Join the dark side, eat the cookies.

Here’s some music https://youtu.be/EKxio8HZiNA from the Neptune goddess herself. Also lazy and op asf. 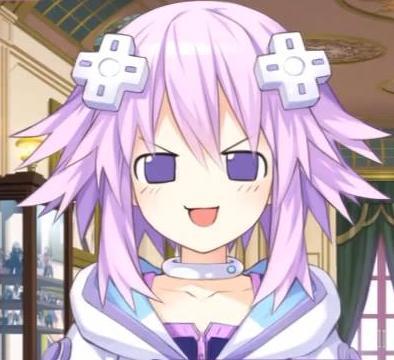 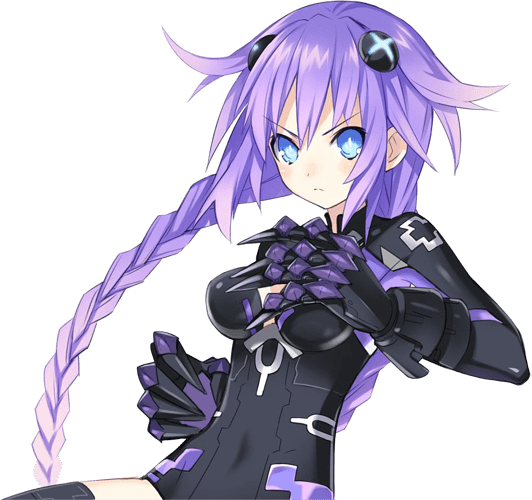 Yeah, see ya. and good luck beating my rogue

. Keep up the good work. I fully believe this game will make the brain live longer too