This is my current high(ish) floor farm build. I have only gone up to a bit over floor 600 right now as I have been focusing on farming a few more legends (Epiphany). The end goal is a farming build that can farm floor 1000 for all legends. Glady accept any tips you may have! 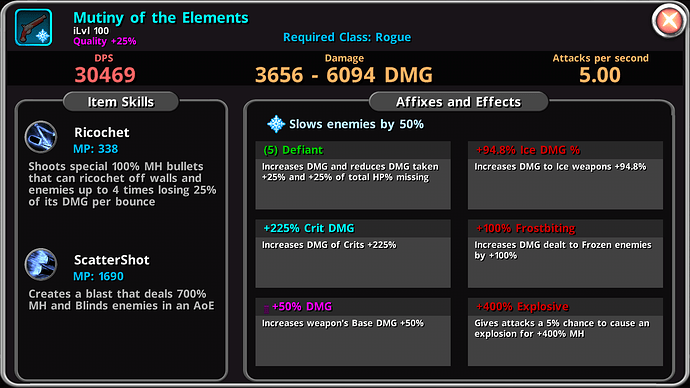 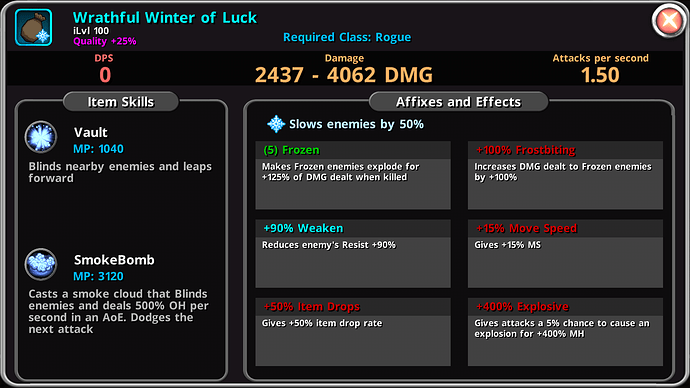 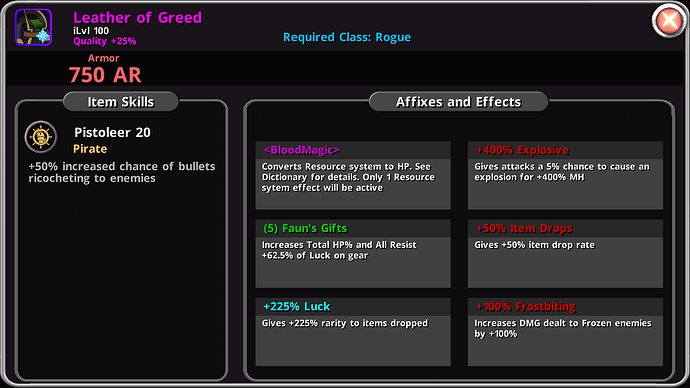 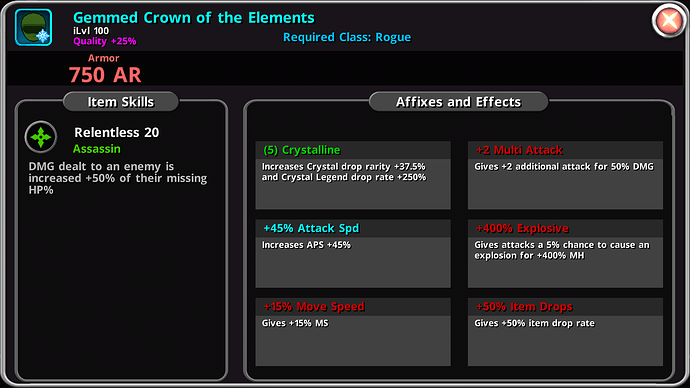 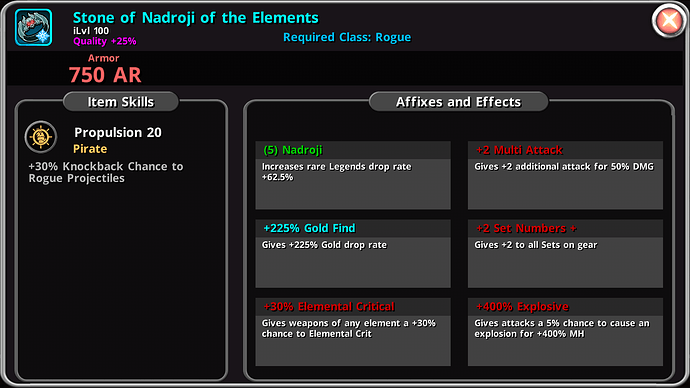 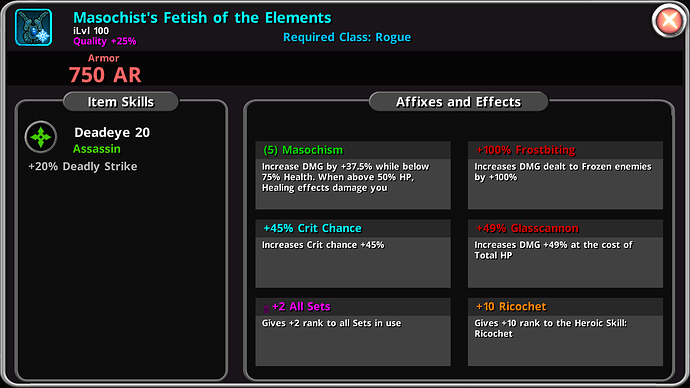 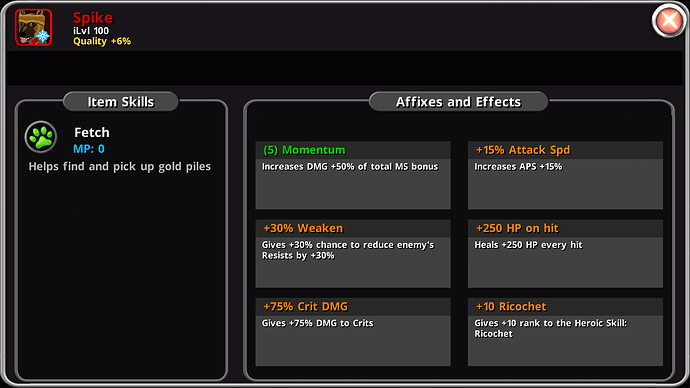 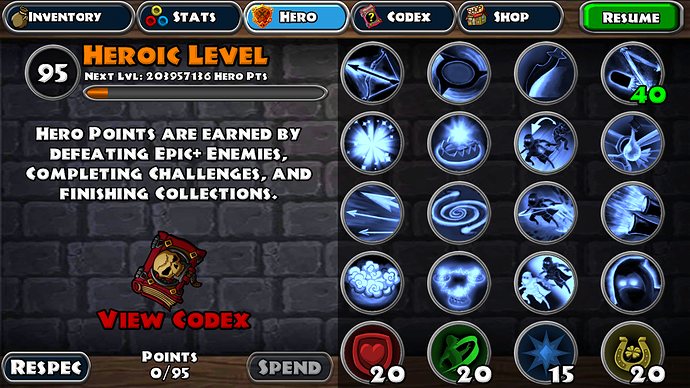 Now, on to the reason behind some choices.
Defiant + Masochism + Bloodmagic = Awesome!
Add this to Frozen for killing packs really quick.

Faun’s Gift I am not sold on yet, I just have not tested the difference between other sets with it yet.

Also running Nadroji and Crystalline for some farming affixes. If I can find a way to fit Eternalized in, I will.

Momentum pet for that extra damage!

4x 100% Frostbiting: allows us to kill frozen enemies that much quicker and proc Frozen sooner.

5x 400% Explosive: works well with Frozen, killing enemies faster. Not 100% sold on having this maxed out, but not sure what to replace it with.

1x 50% Glasscannon: also not sure on this. It adds great damage, however it makes it a lot harder to vault around the map due to having less resource.

2x 15% Move Speed: lets us clear the map faster and gives decent damage boost with Momentum.
There are things I’d like to change, but running low on crystals. I would probably change out Faun’s Gift for another set that would see more benefit. Also could swap out Gold Find crystal affix for Dodge for more survivability or Crushing Blow for help at higher floors. And just use dealer perk for gold.

Skilled mythic on chest would be ideal, however didn’t realize Bloodmagic could go on any piece of gear. If one of you decide to build off this, that is one thing I would recommend. Also possibly Effective Mythic on Ring and Sanctuary on Amulet.
Replacing Explosive with those would probably allow this build to have maxed farm affixes and be able to farm at 1000.

Some map affixes to avoid:
Potion nerf - This can be very bad
TnT props/Skyfall - Duh
+Bolt speed - can be bad as well. We use vault to physically Dodge things that would one shot us. If it comes in quick, and we don’t notice it, we will get destroyed.

Things that can slow down the farm:
Furies - you will likely be past them by the time they start falling, causing you to have to turn around to kill them.

Greatly Resist Ice - will kill the enemies with this, just a tad slower.

Mallums - a lot of these (especially on a pack size map) will absolutely destroy you if not taken care of quickly.

Also sometimes you may vault into a random prop that somehow has survived you million bullets, and it will spawn a TnT, you will die.

I usually will play this build by using a rotation of “Vault, Ricochet, Vault, Ricochet” this is most effective on maps with long hallways. If using the 50% Glasscannon, this can be difficult sometimes.

Thanks for checking out the build! Any other tips are welcome.

Probably should have mentioned floor 1000 M3