So this build took a pretty long time to get every bonus and dmg boost to work correctly the way I wanted it to , there a some minor improvements i would change in the future but here it is now.

I’ve since added a horn new ring and amulet. This will effectively give you the option to use sprint now and either use torrent or knightscharge or just sprint to do billions of billions of dmg I managed to hit 950b but with frozen it literally can kill an entire map very fast and i dont die anymore unless I’m an idiot. Floor 1305

Here’s one hitting 708.055b I want to get 1tril but it’s very hard to snap a pic on my phone while attacking lol

I grouped up 30 plus enemies and managed to hit 7.3tril yes it is real and yes it is trillion lol

one of the Mods mentioned that every few hundred floors, there is a small DMG boost added to the Character. I can’t remember the post, and I wish I had bookmarked it, but it is a pretty cool thing to have at higher floors. I think it was maybe every 250 or 500 floors, but I just don’t remember. dumb memory!

@Mikeb120 awesome getting to Trillion DMG! the Ice Build I am working on has Frozen, first time I am using it, but no Deadly Strike or Mythics. I’ll be using Storm 40 on a Gauntlet backed up with +100% Orb 40 Proc. hope I can get to a Trillion DMG too!

when I was Ascending my Wizard, I switched from Twister to Storm. I had Taunt on OH, and since I was using a Staff, I was throwing a bunch of Comets into the Storm for even more DMG. 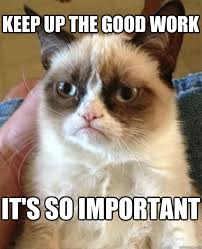 I will here’s what I have planned I’m either going to do more research into changing either my chest or my helm with or add a mythic slot only if any of this will improve my build , or I’m going to make an even better one with fire and immolation

I was actually thinking of using a cerebral cortex bonus with berserker bonus with fire and immolation and seeing how it works out . And crushing flames bonus possibly

I think the Cerebral Vortex & Berserker Bonus are both on the Head. I have had a few ideas I have shot down by discovering that the Bonus’s are on the same item. you could go with Haunting Bonus instead with Berserker Bonus.