King of the Hill! (PvP rank up thread)

Tweaking a bit too… 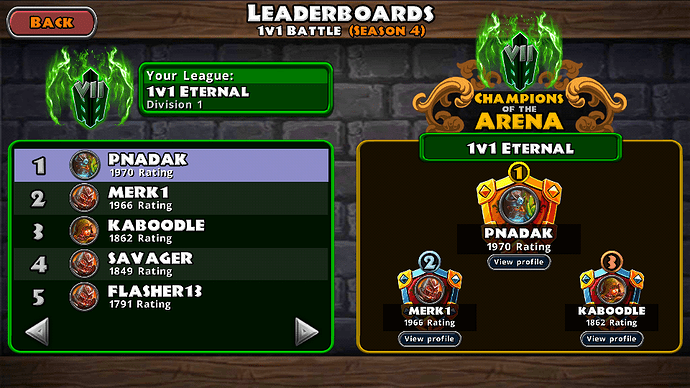 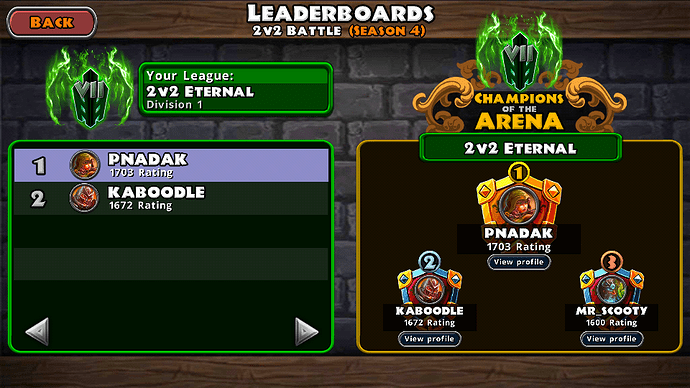 Yeah your new AI is pretty good. The teleporting make its very hard and annoying to kill. Or at least the AI from yesterday. I haven’t played much arena today.

Wiz Ai still the same. I made an anti Immortal rogue that’s why It’s easy for me to be in the top 1 now

. Switch character technique since round robin in pvp is pretty predictable.

Chests are on your way

Which ones of theses chests are from you I wonder? 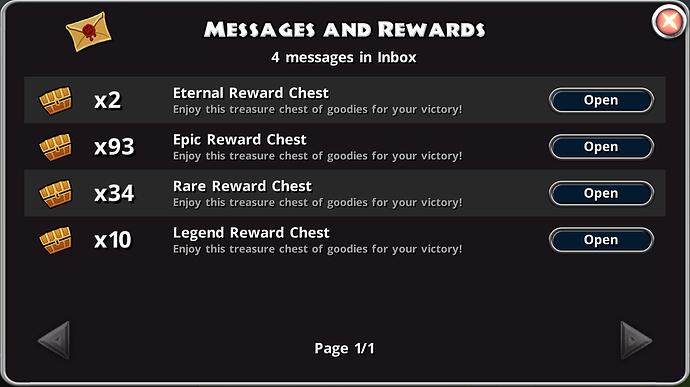 Yeah I’m trying to design my AI to chase down and kill most non immortal builds. Takes longer to kill immortals but I just learned I can use charge to kite more effectively now. Went from division 2 to number one yesterday with only losing 2 rounds, zero matches last nite with my updated build. My AI won’t kill any immortals though, they will outlast me after a few rounds. Your mage is like a half immortal build. More dps than the other 3 but less regen I think, definatley can beat my AI. Only 1 true immortal build left in D1 so I don’t mind the occasional long fight vs Mandelbrot and your AI takes 4 draws before I have enough power to dent you.

oh maybe it was from another warrior def flasher or savager. Anyways yeah, it’s still a puzzle for me how to create a fully optimized immortal build since I just started this May. Analyzing and balancing between tankiness and being a slayah is kind of very difficult when making immortal build. 1 change of slot then it changes the whole performance. I have a very tanky immortal close to the original but little dmg, this one I use atm is a killer since I use and prefer wizards in pvp ever since

. The challenge is to balance and farm. It burns a lot of crystals!!

P.S. YEAH mandelbrot is really a pain the ass in Div1. But I wonder why he/she thought of me as DQ-Pat?

Btw what do you mean by Kite?

Kite/kiting is a term used for online games when a player lures a mob to follow them around in the dungeon area, usually in a circle. This is so other players can dps them without worry or if another mob needs to be focused on. In arena instead of standing toe to toe vs immortal builds i kite them around for draws. When I reach the number of draws needed to one hit KO them I just stand and spam. My old build was after 8 rounded. Now it is like 12 for the immortal trio. Your wizard takes 4 draws before I can kill you faster then you can kill me. Up until yesterday I was just running around and getting hit a lot and sometimes dying before I can get enough draws in. Now that I know you can use charge to put distance between my toon and an immortal AI it’s just a matter of waiting for 12 draws then it’s easy pickings.

I think AI spams skills faster then a player can do the dps is higher but since you can avoid aoe or kite it is inefficient vs some builds like immortals or Those using skulldraga.

There are two players in the top 10 that I can kill by just letting them hit me and stun by my vortex spawn. I’m guessing these are the anti immortal builds.

Well,I just found something similar between you and that guy.
No.1 : When did DQ-Pat forum ID got flagged ? @Mr_Scooty

Will check into it… Thanks @Mandelbrot

What are you trying to verify?

Can i see your legend found leaderboards 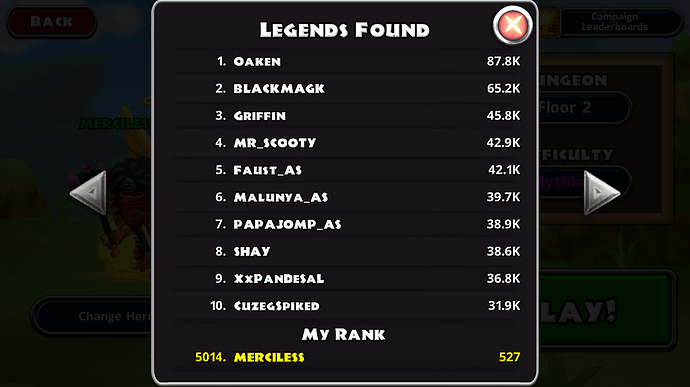 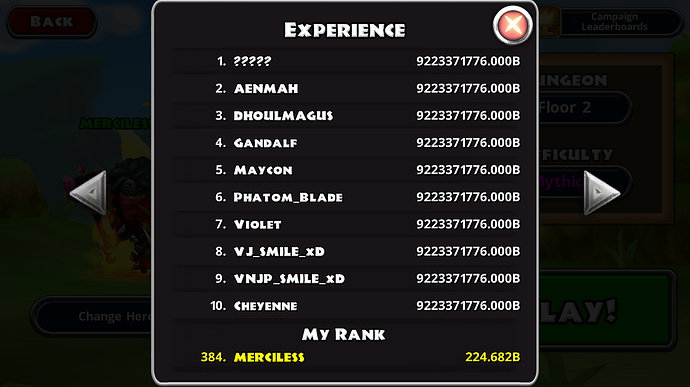 Oh wow and yet you have played how many hours tsskk its obvious my friend… how many slot have you purchased in DQ?

Weird the legends screen must have been bugged. 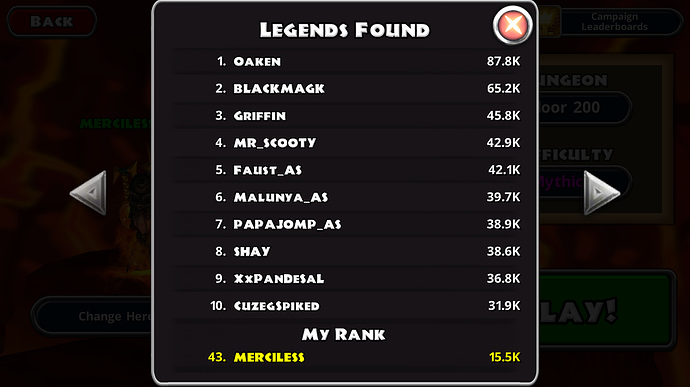 I have all 6 slots purchased

How do I see hours played?

Looks like the campaign achievements are by character. Still must be bugged on my war though. I farm on that toon. 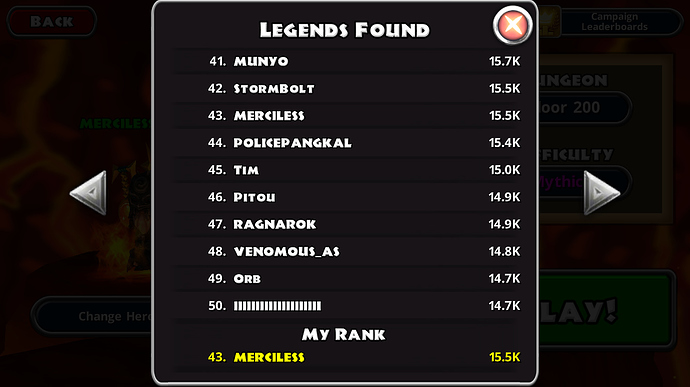