King of the Hill! (PvP rank up thread)

No I checked all my other toons and their numbers are definatley bugged. Check your list and see if I’m at 43 on yours. 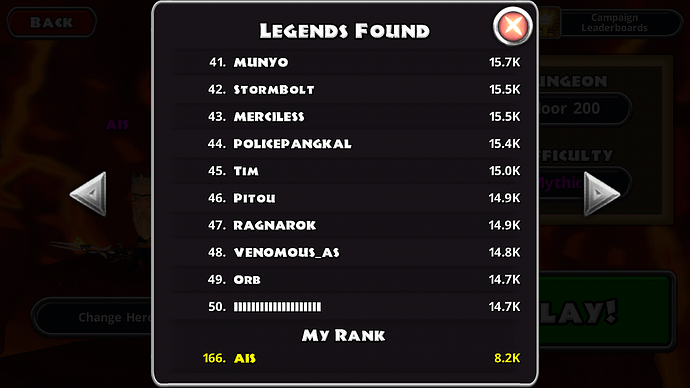 Thanks for posting @deathGG. Weird that the rank on all my toons except one were bugged. I thought it was weird that my eternal ascended toon showed 527. At first I thought that was my rank.

Guess my arena toon is good enough to be mistaken for cheating. Its an updated version of what I posted a week ago. Much tankier than before and almost and much power.

@Kaboodle I logged in and played enough rounds to view/play against what you posted and will check into it. I had too many internet connection issues but gathered enough information. Thx

I would ask that if anyone has any issues with player accounts please direct those questions/posts to the current topics that are already open for these types of posts.

Thanks @tdaniel and @Mr_Scooty. I understand that there are plenty of people who play with modified items in this game and arena and so we all have to be diligent to help identify them. Speaking for myself I have played this game for more than a few months now, enough to be #43 in legends found. I’m not sure why on some of my toons the number of legends found is really low but it seems like it’s a bug perhaps for toons after the first slot. After the last patch allowing players to craft legendaries and externals this game is already easy enough as it is and I wouldn’t want to play with modified items. That would take any joy from playing this game.

That said let’s bring this thread back to its roots. I was able to get the right crystal roll on a piece of gear today and after making a good pet and adding the right set affixes I will be working on climbing the ranks of 2v2 arena.

Number of legends collected coincides with the main character you primarily use in PvE. That is why there are so few with your other characters. See my examples below. I only use Mr Scooty wizard for main in PvE. 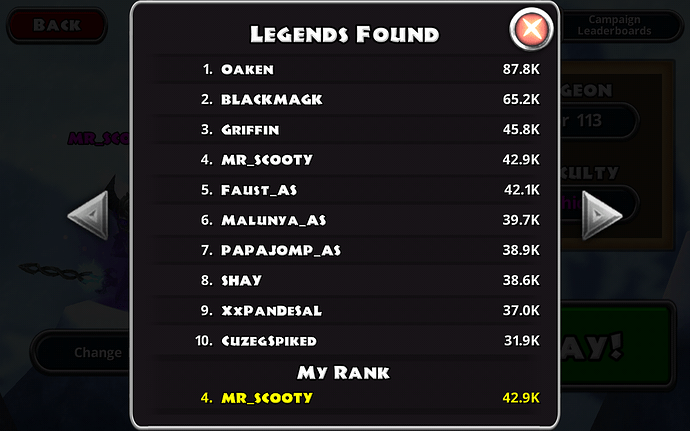 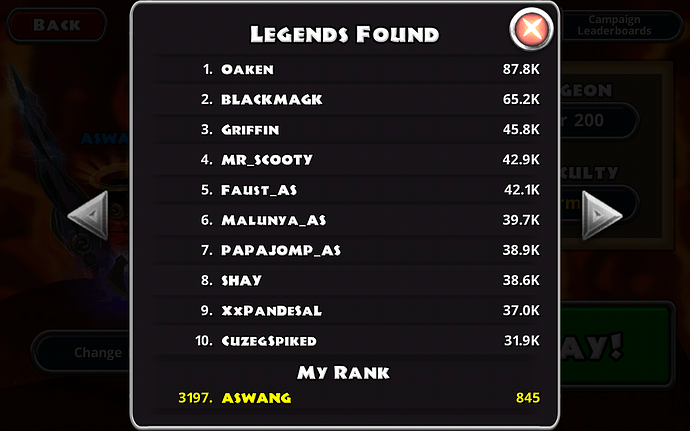 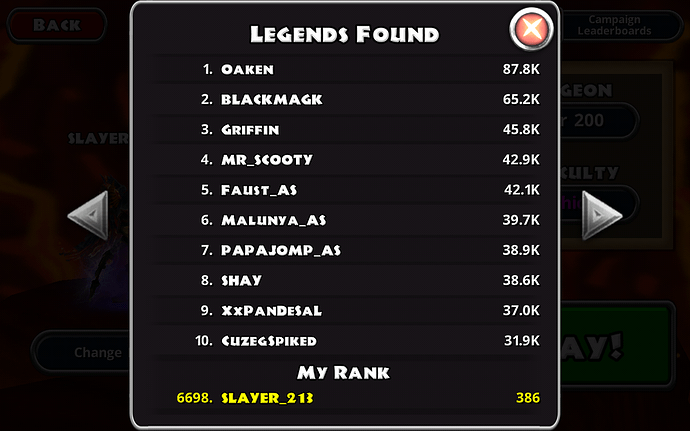 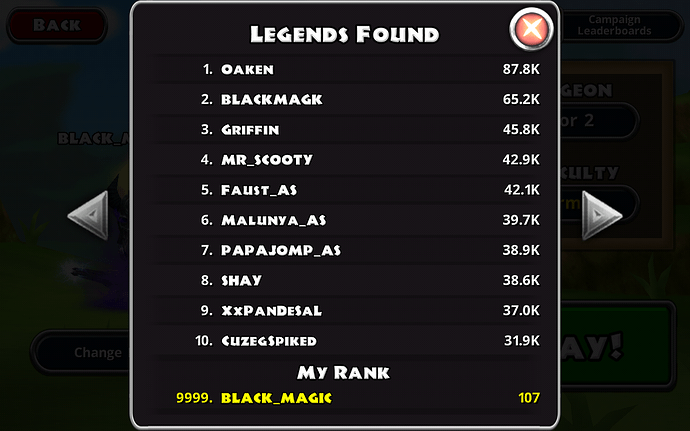 Thanks for the clarification @Mr_Scooty.

That is what im trying to say. Lmao 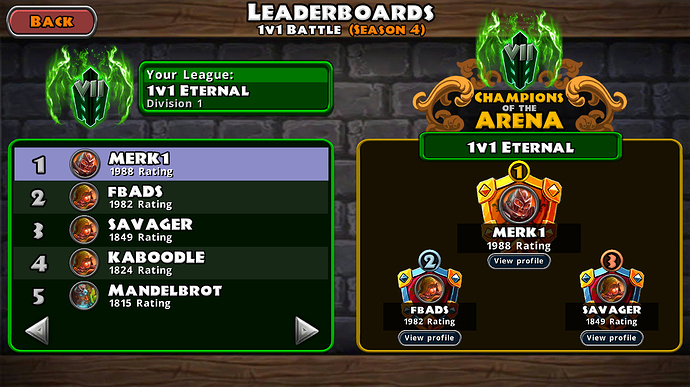 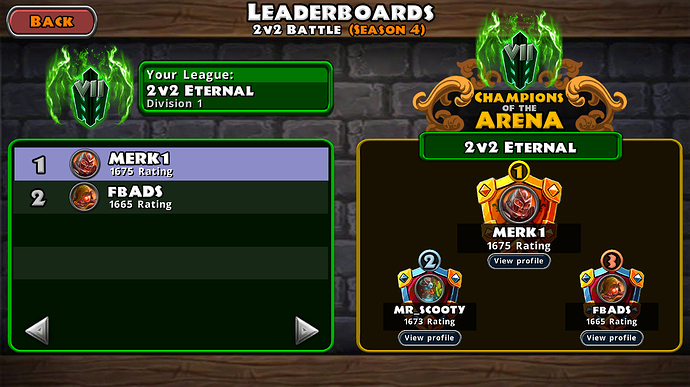 I’m sure this won’t last long as that dude fbads was playing at the same time I was. Full of hacked eternals

Yup. I used my fortune bringer a lot but it only seems to bump up my wizard legend count higher but not that much. The warrior even though he gets legends as a main character with hurling still doesn’t come close.
My first character wizard gets high up though regardless of what character I use to help him. 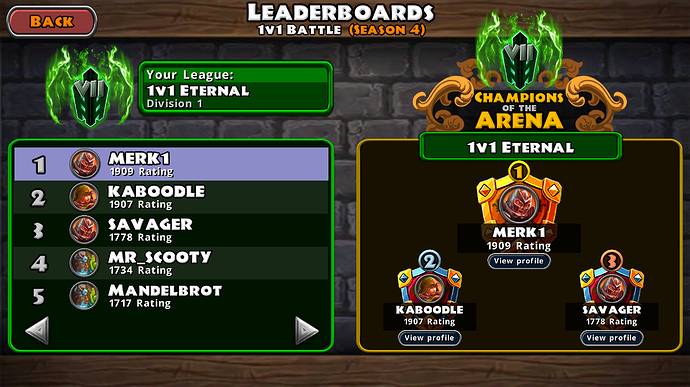 What you gonna do when billy and jimmy lee run wild on you? 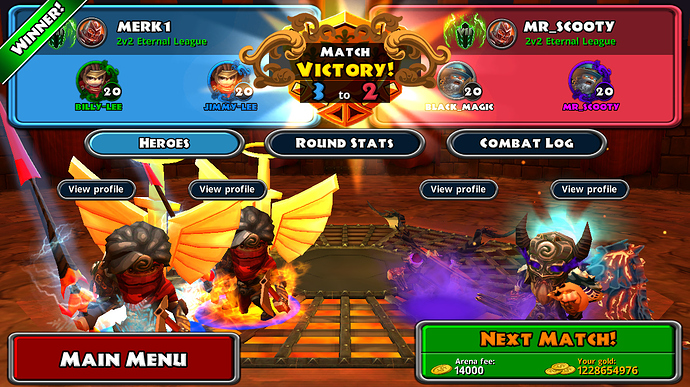 I’m 1-15 vs the @Mr_Scooty immortal duo. This must be what winning the lotto feels like.

You know I’ve tried several times to mimic an immortal build but can’t come close to it.

Meanwhile bekor managed to do it , though it’s not as good as the other immortals aka @marwinberna .