Both of you talking about Minion builds made me wonder if they could be viable in PvP. I spent a few minutes and crafted the results below. Please notice my stats do not show any other gimmick (s) – only minion damage (I added one result at the bottom with one gimmick for illustration). The intent of this post is to show you can obtain very good damage from Minions in PvP. 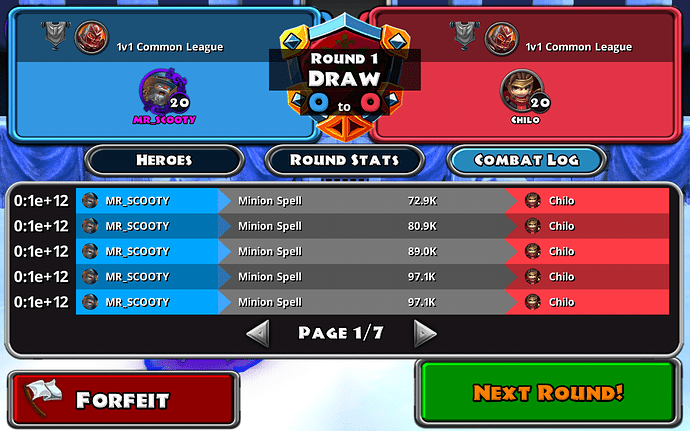 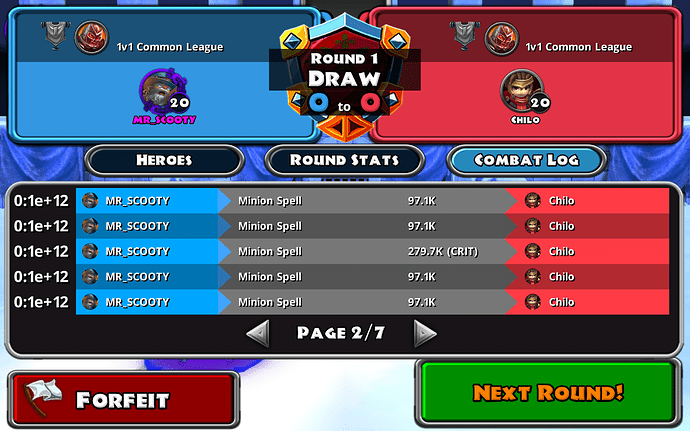 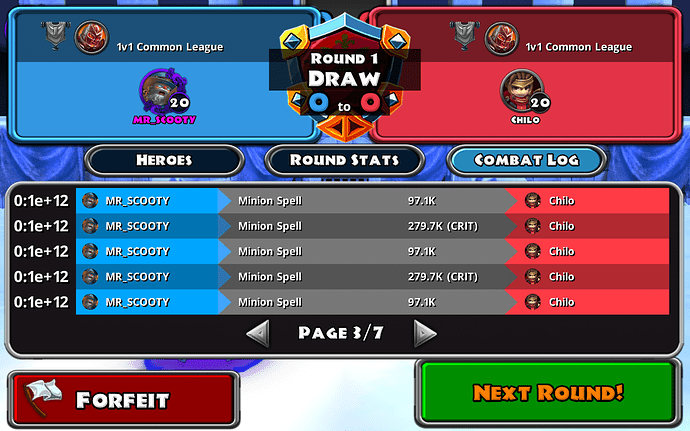 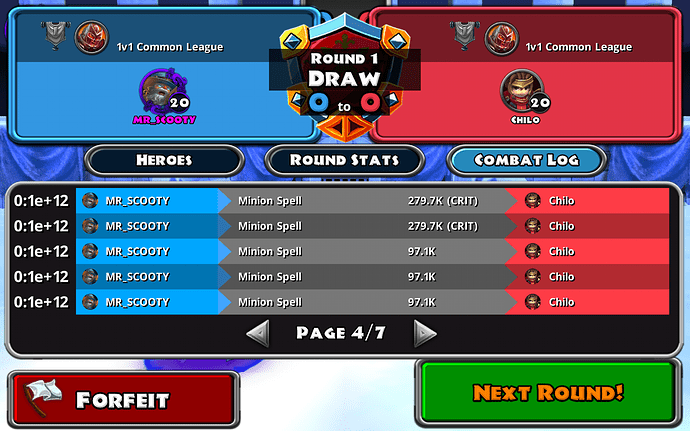 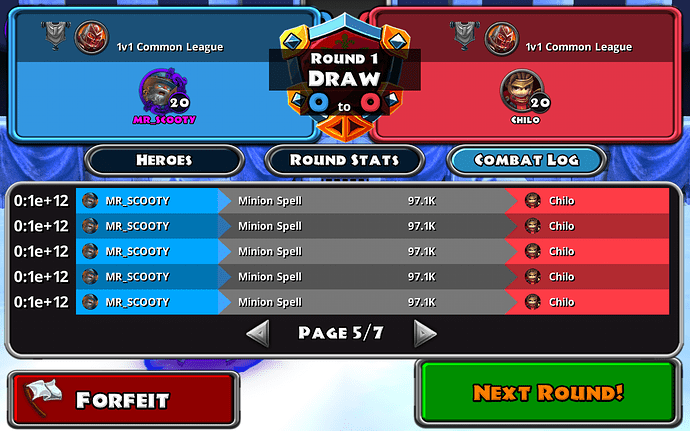 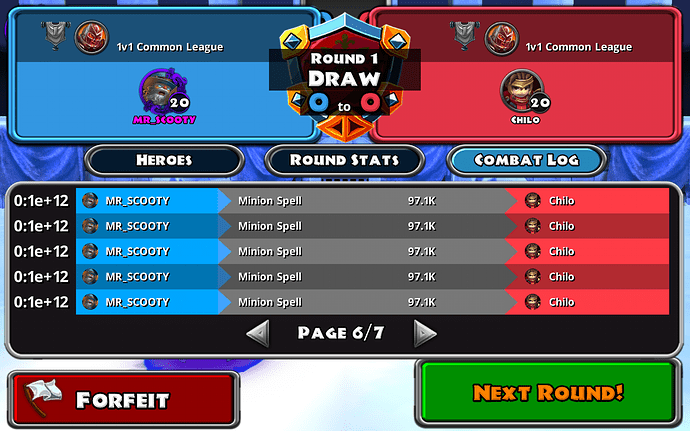 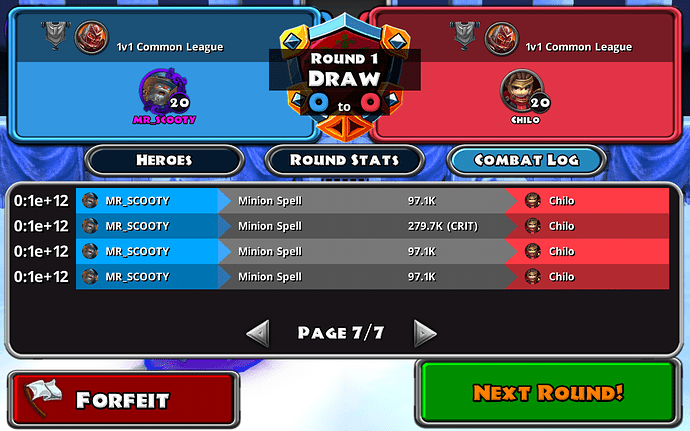 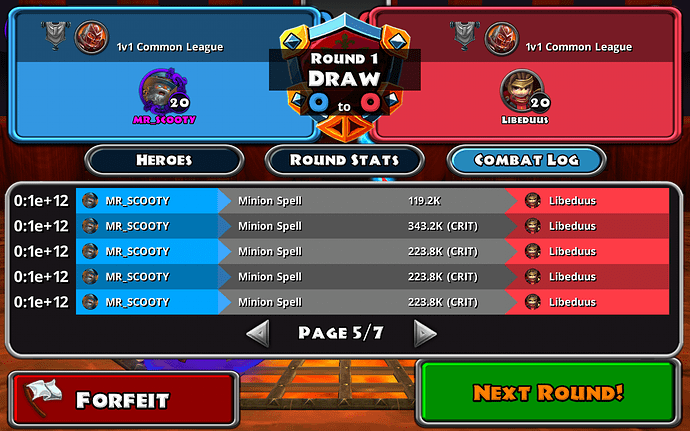 @Mr_Scooty wow at those stats. My minions are very destructive but not quite on that scale lol

Summons are very viable giving the critical and defensive affixes they inherit from the casters. You can also spawn more than 3 furies at once (but it’s not controllable in any way). Thanks for sharing

My furies do 1 to 10k per hit in arena (times by 3 furies and character depending ). I’m figuring you tested an apocalypse weapon on one of your builds @Mr_Scooty . Maybe your secret kraken build? Or you just added one summon to existing build? I think it’s the kraken though. Correct?

@Golem you accuse me of being obsessed with summons lol

I cannot get over the minions damage. It makes me laugh. Now that would be a bad day in the arena for someone. Excellent work (A grade plus 1) The gimmick sadism? You won’t tell me

The gimmick I used (last screenshot) was MH to cause stun then base Elemental Critical damage followed. Nothing fancy. I mainly wanted to show minion damage since you and Golem discuss minions a lot.

No, this is not Kraken build.

if he used stun, then probably Shock Minions with High Voltage.

@dickwad when I saw those damage numbers, a Wizard with +2 Multi Attack and 3+ Minions would put a persons healing ability and damage resistance to the test. and those crits are pretty good too. I am pretty sure your eyes got really big

Main hand. What if your summons are controlled by all main hand affixes ! From the weapon they spawn ?

Ive tested 4 multi attack on my pistoleer. Its good but im going to go for a compromise at say 2. Its going to be a very tight build. I got 2 x chrystal affixes to keep (i.e critical chance and damage.). I want 2 crystal armour. No more chrystal affixes after that

Just lost in arena to a bow rogue using apocalypse. Unfortunately he was lucky enough to spawn six furies. It happens occasionally. I was flattened lol

@dickwad I bet it was an Epic Battle between Minion Type Builds! when you can continue to learn from the loss, the lesson can hopefully be turned to Victory

the next time you meet.

Got a new idea to test out. Do AI settings affect fury behaviour ? Off to test it on practice mode

The answer is yes

that will explain some of the behavior I see when I have used Minions. in a way, knowing this, players can use Minions to see how their A.I. is working in a Real Battle Situation.

Ive put my follow team mate to 50 yards and avoid enemy to virtually zero so furies intercept the opponent. You could go opposite for a meat shield. Depends on your game play style .

Now i wonder do furies take their attributes from Mh or maybe any weapon upon which the proc occurs. I have furies appear using Oh skills (eg traps)… hmmm need to test some more

you would have to do a test on items with only Furies on only MH & OH with whatever you want to test for on the same or different items. gear with full affixes can only muddy any results you are looking for. and what are you referring to when you say attributes? something that isn’t from an Affix, Talent, Skill?

Attributes from equipped items. I use summons on all classes and apart from wizard talents, i dont believe talents help. I could be wrong