so finally, i’ve found some of the new items! they seem to only drop from cartographers and their goon squads. i found none from the dudes spawned by hunter

Anyway, i found an eternal selene’s gift, after screaming, jumping for joy and buying a few more as backups, i tried adding a mythic to it. however, this causes a weird interaction as three of the mythstone slots disappear, the mythic isn’t added and it’s left with just the set, a legend affix, a slot affix and three empty spaces for things like topaz

There are more eternal with 4 sockets now

I really really wanted to, but i specifically worded it like i did so that my post wouldnt get taken down >~< its pretty darn good tho, (ptl

Omg . Use it on arena . Built a build around it

. FGS please RNG put some Luck on my rouge

I need some picture of new item what affix is new. I don’t found it I’m here floor 1kup now. I’m so worrying ffttt.

Same I want it to see.

I’ve been floor 2000, again i dont know much about the item’s at all since theres so little to be read. I do believe i read about tdaniel mention at least floor 1000.
I farmed at 1000 for about 2 days before making the build i did for farming higher floors and spent probably 7-8 days straight just playing 2000. Still only found 4/5 items >~<

You do not need to be on floor 2000 to get the new sets. In most cases (99% of the time) those folks are running modified version of the app which is why they are on floor 2000+ in the first place. 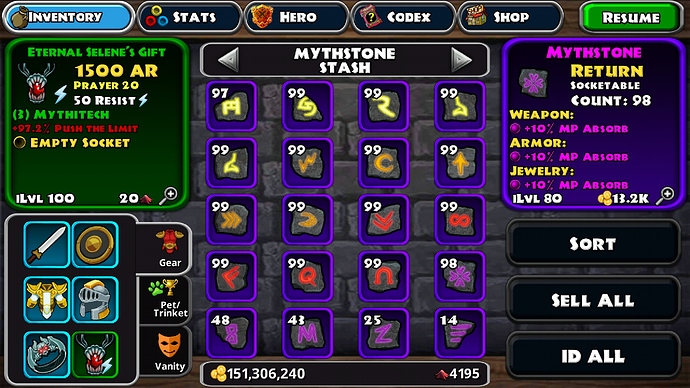 What is the ability of the new set? Can you tell us pls​:thinking:

Mythitech? I wonder what’s that

Here is warrior and archer😄 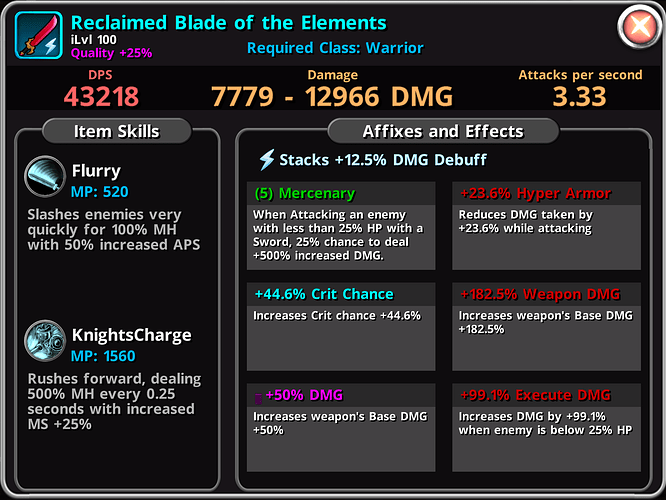 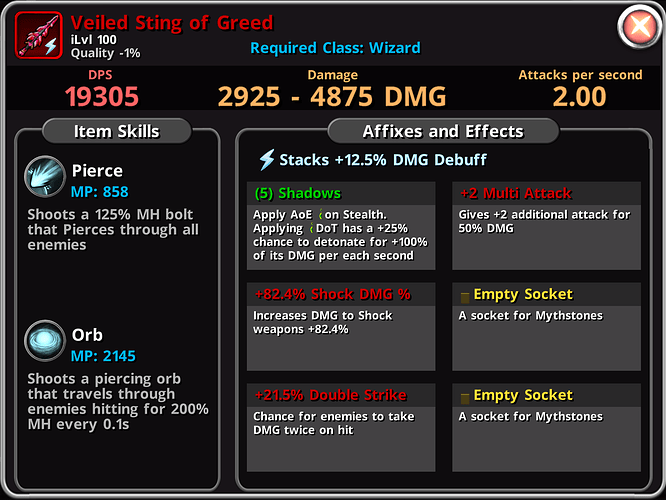 I jasper this one to wizard, i will make something later whid it

Yup, I’ve since changed my high floor farm build to fire hireling with crushing flames and poison, ice main with the shadows and frozen sets ^.^

these are way too OP. RIP game balance haha xD

Question about mercenary, does it apply with throw sword proc? cause it’s still a sword, cuase I’m thinking using ballista, mealstrom, mayhem with mercenary, demonic, and electrocution,
Pistol is MH and just add some throw sword proc
Sir @D-legend can you use your DQ calculator to calculate the damage of throw sword proc, if this is possible, TY in advance

I be planning now to creat a full barrage with the same @NUIQUE full barrage. the effects of our mythitech is good for a single stike i mean how about you tea?

It means sword as in the weapon sword, not sure about the wizard one but as long as you have a sword as your primary weapon, you can attack with anything you want and gain the buff

@Mr_Hercules i haven’t been playing much pvp, made a few builds but couldnt get into it

i have plenty of resources to make one though lol

@TeaCup I do not believe it was intended to be able to add a mythic to Eternal mythitech items. This capability is only reserved for mythical set items on Mainhand and head (fabled weapon / unreal hat). I will have a definitive answer shortly but believe I am 99% correct.