The time has come, I have a new build in mind so I can share my #1 Orbit 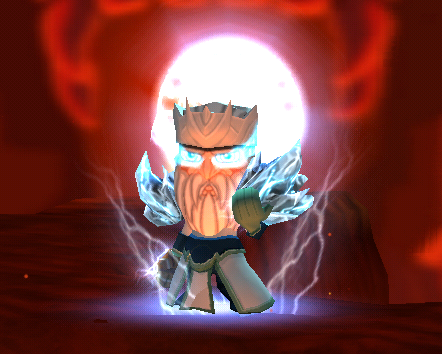 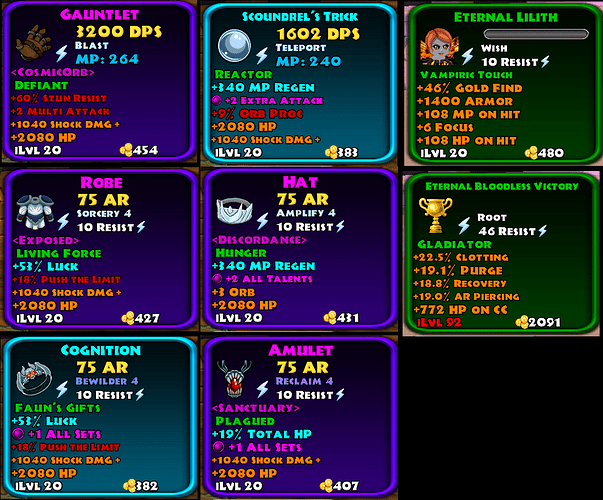 Many thanks @CuzegSpiked who helped me a lot, our two Disc/Orb/Reactor builds both reached the top some weeks ago already and are still competitive. 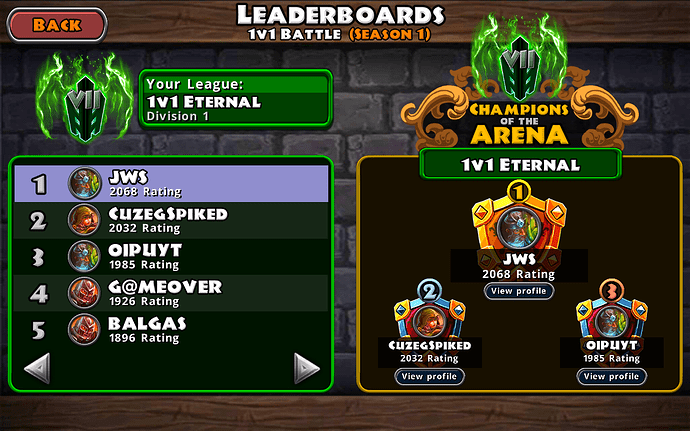 Mine is a bit different, meaning

What one could change:

The faster casting is necessary in order to compensate in parts the lack of damage (missing Identity, Chakram does 300% damage compared to 150% from Blast). Out of respect for Cuzeg, I didn’t switch to Rogue although the higher damage was tempting ;)… Nevertheless my Wizard build works quite well. The playstyle with this build is quite different from his.
I found for my build that Critical Damage and High Voltage does not increase damage in a way that it’s worth it to sacrifice the HP slots. You can compare to Cuzeg’s build here:

[image] Updated Image of build just below this guide Today I’m gonna reveal my powerful Discordance Chakram build. Specifically using orb with reactor. Why? To take advantage of the 300% base dmg as well as that 0.1 sec hit frequency for 10 hits and deal very good dmg in PvP. I called this build will of the force because it’s very strong. You can also call this build: force lightning or chidori or Medusa because it always freezes them in place easily and very high Dmg. #Sets: Reactor, Livi…

. I guess the time really has come. Time to kick the GOB and cheaters off the leaderboard! You go! Show no mercy!

. I guess the time really has come. Time to kick the GOB and cheaters off the leaderboard! You go! Show no mercy!

!! I told you to try Hunger

I know but I forgot. Even if I did use hunger, it would sacrifice a big slot and it would not be 0 sec CD. Attack speed would probably work though at 0.9 sec or below. I was definitely considering it though. I may consider more HP too just in case and some other additions to the build. My AI could definitely benefit too.

I was happy with what I got but I’ll take the suggestions into consideration. I’m personally glad you managed to create a successful wizard orb reactor build. I knew you could do it! I was planning on using vial for spam coat originally but as I discovered, I’d be a sitting duck vulnerable to everything even though it would be op af.

(post withdrawn by author, will be automatically deleted in 24 hours unless flagged)

Yeah well he’s one of the best Warriors though. Warriors are easy for me, it’s them Enigma/Swap Rogues that are tough

really hard to anticipate their AIs.

@Midlumer its hard to kill that warrior, i try to make camp wiz now. Battle mage is boring lol,

Please provide English translations while you converse on this forum

@Griffin ohh sorry i for got.haha

@Midlumer its hard to kill that warrior, i try to make camp wiz now. Battle mage is boring lol,

nice to be different and show that it’s still possible to do a low HP build against all those indistinguishable 250+k HP builds, where one is like the other

Do something different, spice up PvP!

Yup. That’s why I tried to test my orb build and see if it came out on top. The prototype which was PvE version came up to eternal league Division 2 but when I made the PvP version like the guide I made, I got up to no1 division 1 eternal league in both 1v1 and 2v2. Also I’m glad you and fookie spiced up PvP as well. Mr Scooty too.

Also I wanted to go up top because cronos claimed he dealt 400k orb. I can kinda see where he came from in terms of dummy but I dealt up to 1.9M to dummy. Mid dealt more than 400k to dummy. Of course that orb dmg would be reduced by crazy dmg reduction but that didn’t stop me coming up on top and Mid. Another reason was because I missed out on season 2 vanity because I was busy preparing farm build on slow phone but I got season 3 vanities and demonic aura for the most part.

I deal ~720k right now… Could do way more, but that would cost HP big time^^ and HP with my build is important to survive long enough

don’t have Vault on Wiz unfortunately.

Btw. I had the Reactor Disc/Orb idea independently from you or Cronos

True. Cronos 400k orb was probably from a wizard I assumed and it was a prototype I assumed before he admitted it was. Good thing you did have the idea though without looking at any build. I think teacup also had that idea before he left but never got to put it into fruition.

My rogue reactor build is pretty unique even though I initially looked at cronos early orb build. The PvP edition was tricky for me at first but Mr Scooty helped me and you choose what affixes are best for PvP and it’s a more unique than even my pve build. Also because of that, I tried aftermath disc build even though I did it wrong but it was fun.

My first PvP build which was meteor god I did get help from teacup and Cronos because I was a complete newbie even though I figured some myself but I asked many questions just to make sure I could get it higher quality and it worked. I knew I could have easily got it better but I sucked at crystal farming and by the time I finished it, it was already 2.1. still it was incredibe that it could reach no1 and beat clogon 10 times (9/10 wins, 1 loss) and Emman 5/10 times win. That crazy fire /bleed and Crits from coat proc at that time. Who knows how much dmg I could have got with deadly strikes and more crit dmg and all back in 2.0.

Midlumer, just from looking, this build can also technically be used with warrior as well because they have 150% dmg lance which goes well with discordance. Warrior does also have talents such as might/blessed, fustigate, zealous and prayer and many other decent ones. That’s if anyone wants a reactor warrior. Lance charge has hardly any seconds anyways.