Hey! At least you saved time on some tedious 14x EXP grinding. Just like me. If you don’t mind being stuck on Mythic, that is!

Then when you ran out of kyanites, your ridiculous stack of sapphires is there for salvaging too! Isn’t that awesome?

You can keep desired epic and normal affixes while rerolling only one affix with a Sapphire.

Was that fixed in the 2.1 patch?In 2.0 i was able to get obsidians through converting red legends

Hey! It should be fixed now.

Not anymore the Legends only give the Emeralds and the other three. I been taking all those and turning them into Topazes haha. Where there is a will there is a way.

Are we sure about that? I could’ve sworn I got a Ruby from converting a legend yesterday…

It’s no bug. Still possible. You just got ridiculously lucky.

Yea I got a amethyst and a ruby from converting reds yesterday on 2.1, an obsidian is just a luky roll away :3

Welp I’ll keep on converting haha. Bound to get lucky sooner or later. The good news is that I have a mad collection of Topaz, Jasper, and Ambers going atm.

I think it is still around i logged off about an hour or two of farming and converting legends and i returned and i had an extra obsidian
Edit:Also i still get the occasional jasper and zircon

There are still a couple of bugs such as the changing of controller hud shows an “R3” icon on the hireling even when off, the obsidian seven deadly sins, mobs behind the character image still blocks the ability to press the button, and some others i cant remember of my head, but really good job on what was fixed, the imp collecting stuff at my own huge range is really helpful, shame it doesnt do anything while moving but cant ask for everything

Guys what does battle arena level do? Does it increase the chance of getting better chest reward?

No, but you will get vanity items, once if you reach certain levels

Do you have a list of what items can be unlocked on that certain levels?

Could you clarify yourself please?
Yeah, the cyan bug and character image are known bugs, since they are all minor bugs, they will only get fixed, if the dev (Steiger) has time. 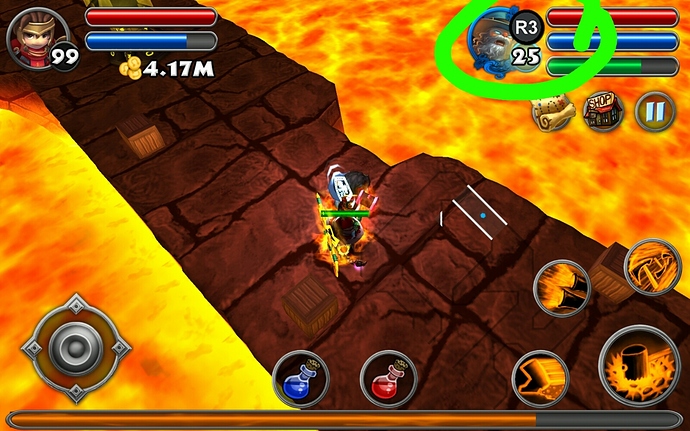 This is what it looks like after turning hud on and off, 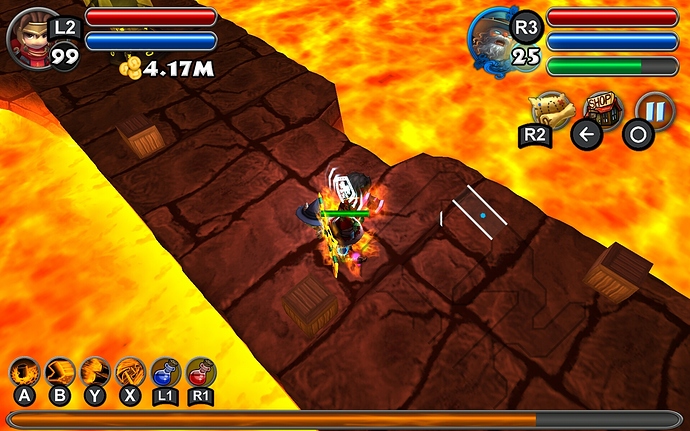 Normally the “R3” isnt there when i lopad the game, it also goes back to normal after closing and reopening the game
Also i think it should have said “R2” instead but im not too sure on that

I see… Thanks for the bug report. Noted.

For me this is a major concern due to the fact that when using AppleTV and a steelseries Nimbus game controller there is no way to open up my hirelings inventory. Which makes the game unplayable on the Apple TV unless you use the Apple remote. In my opinion that is not an option . I don’t think there’s any action on this controller that maps to R3. this is the game controller that is sold by Apple for Apple TV.

When playing on the iPad or the iPhone this isn’t an issue since you can use the touchscreen to open up the inventory.