You cannot obtain any Legend/Eternal pets out of them.

What type of android device are you running?

Are you playing with an internet connection active?

PLease, if this happens again press the “report this crash to google” button. In the notes put something like “This is xrizalide from the forums” and I will pick up the crash log and see if we can figure it out.

Thanks for the heads up and sorry about the crash!

I think the only hireling perk that works is dealer.

What’s the highest ascension “level” can be? Or only one perk per character?

Six. You can get all perks.

edit: Apparently typing the digit autocorrects to one?

Six. You can get all perks.

edit: Apparently typing the digit autocorrects to one?

So once per perk? Can’t stack … fair enough

Huh? They do stack. You can get all of them.

edit for clarity’s sake: you cannot get the same perk more than once

Huh? They do stack. You can get all of them.

Ascension - Reset your character’s level from 99 to 1 and choose one of the following powerful perk that improves loot and rewards (you can Ascend a total of 6 times):

Have you tried bro? anyway thanks for your reply. I think I will choose first the dealer for my hireling…

Sad I just made my hunter ring… There is a bonus hunter in ascension >.< argh!!.. 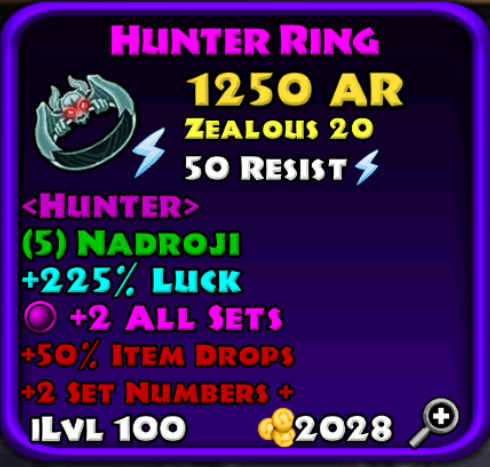 There was a (dev?) post saying that perks don’t work on hirelings. That said, it is wrong regarding dealer, so who knows for sure without testing.

Thanks ima try it out!..

Hey! You can only get Tier 9 (Elmerald) - Tier 14 (Amber) Crystal by converting normal red legendary (Random rare Crystal). For getting Tier 15 (Jasper) Crystal and up, you have to converting Cyan Legendary or Eternal Items (Random very rare Crystal).

Yes, perks doesn’t work on hireling except the dealer perk.

Ouch… and the hits just keep on coming lol… ok thanks. Back to the drawing board.

Sapphire and larimar feels redundant with the new update, i dont see the point of using a larimar if I can just use sapphire instead, or is there something I’m missing?

larimar is important for me, i use it mostly to reroll affix on map.