Please give some suggestions on this farm build

Here are the items: 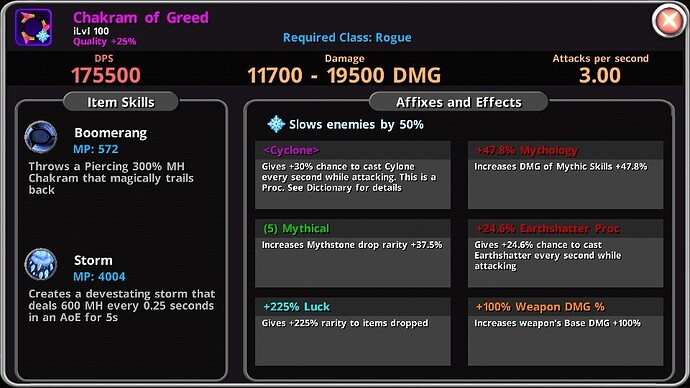 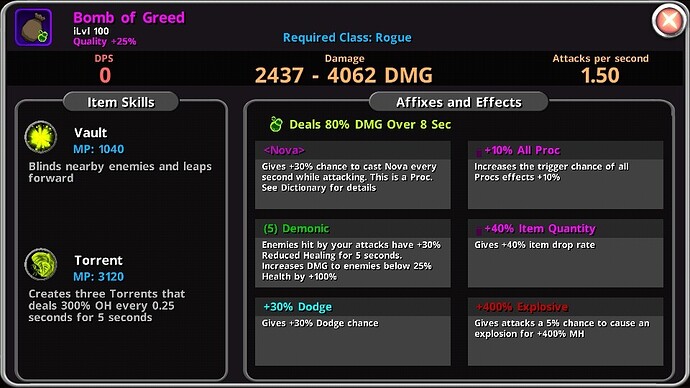 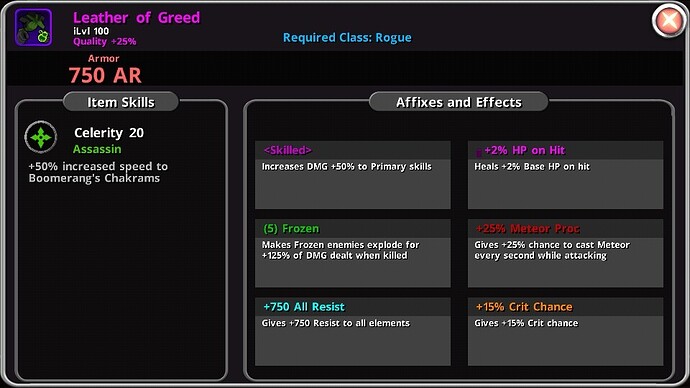 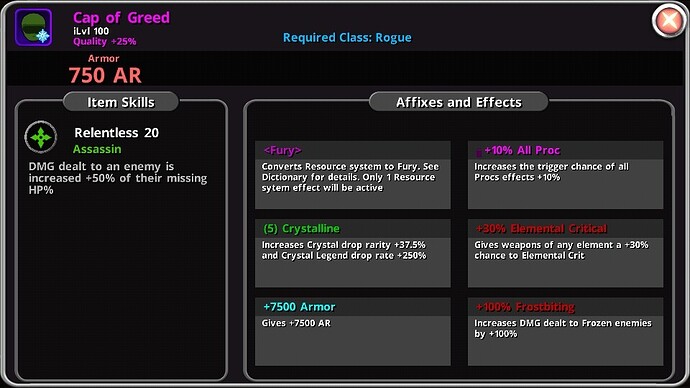 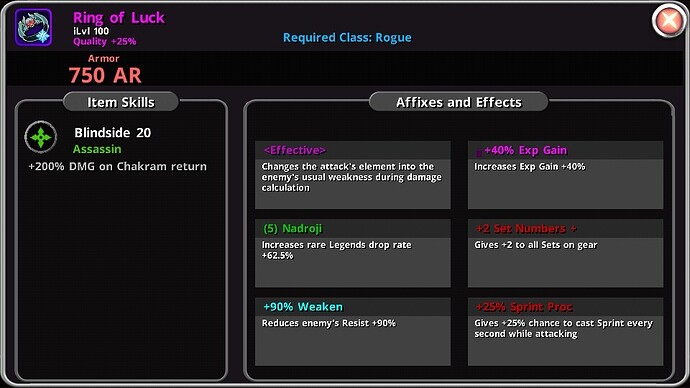 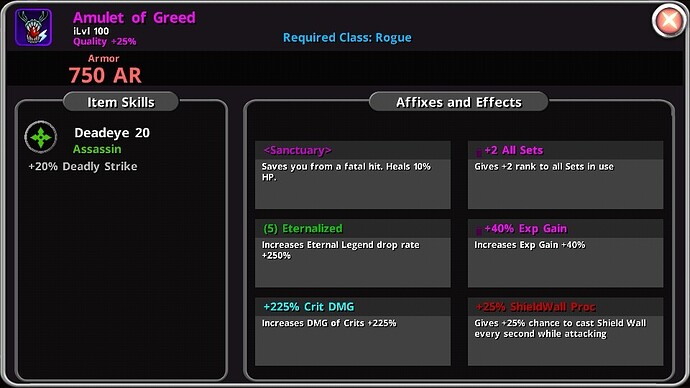 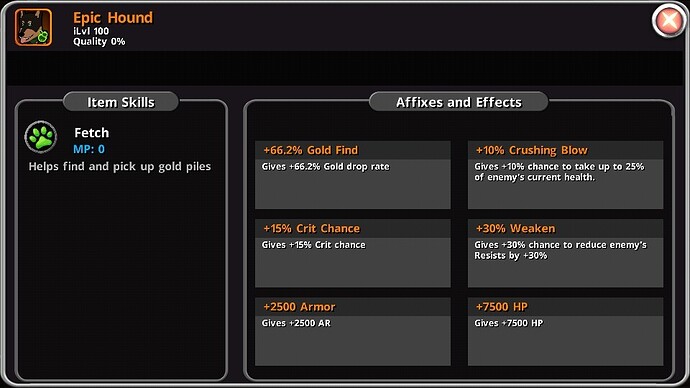 This farm build is actually a proc activation build where it focused a high dps. Among all those procs only earthshatter and meteor are the ones that hits pretty hard on a single activation which I found painful plus with demonic and frozen sets. Meanwhile, I also love the cyclone, sprint and shieldwall combo because you can drag the epic+ enemies around to regroup with other monsters and kill them with frozen explosion also this build is pretty good in 200-400+ floors. The reason crushing blow is at 10% is because the crit dmg and deadly strike is enough to give good damage based on how many hit in a second those procs can do.The storm and torrent spell is also pretty good when combined all together. Just need to be careful with TNT props

(Anyway thanks for the opinion and suggestion

if you are going for Perks, don’t worry about Farming. put Quest Stones on all your Items for the +200% Experience. then only Ascend for Experience on floors 100-110, as Experience from monsters stops going up at floor 100. only Farm higher floors if you are looking for an Item that is found on higher floors.

the Fortunate Perk will give you +200% Gold Find & Luck with +5 Yard pickup radius, and you can put 20 Skill Points in the Fortune Skill. that’s all I had from my second Perk to sixth. everything else was either damage for killing monster and killing them faster, and defense.

switch the crushing blow to deadly strike or something else more useful.

the only Farm Affix i used in my Ascending Build all the way to sixth was Nadroji Chest (for the Bonus affix and +100% ED) and Nadrji Ring to activate the Nadroji Bonus. the Bonus increases the chance for magic (blue) and rare (yellow) to spawn by 100%. that means more experience and loot, which is good when you are Ascending for Perks.

you can use Larimar to change the affixes on Challenge Maps. this way you can avoid map affixes you don’t like and have map affixes that improve your experience and loot gains.

also, do a Search

mixing a Farm Build with Ascending Build is possible, but it ends up being weak in damage, defense, farming, or getting experience, or some combination of those four.

I already have four perks which is fortunate, accomplished, dealer and enshrined. My next perk will be treasured for sure and Im at level 90. I did search and seen an ascending build where one of the devs did where his wiz from level 1 to level 69 in only five minutes

im intrigued by it. Hmm I think its on youtube somewhere in there

hmm, i have read about the monster rarity at lower floors, but i never really think about it, but it sure would make a difference for players Ascending.

if you have a Hunter Ring, then Treasured Perk is good, but if not, Hunter Perk before Treasured for the extra Experience from the spawning Shrine Guardians. this also speeds up how often you get Eternal Items from completing the Defeat Mythic Monster Feat.

Hunter ring is one of the first mythic that I made in the game. It benefits me a lot although I just use it to activate the shrine only and also finish ascending and now at level 71.

I had read about the Hunter Ring before I Ascended for Perks, and decided that I didn’t want to get killed all the time after activating Shrines. and when my Ascending Build got better, I needed the space on the Ring for other affixes. plus I am very lazy and didn’t want to change my Rings all the time just to activate a Shrine, like some players do. it doesn’t help that I am the kind of player who gets killed changing Rings…

my first Mythic Affix was Brutal, and that was how I got into the Billion Damage Club. 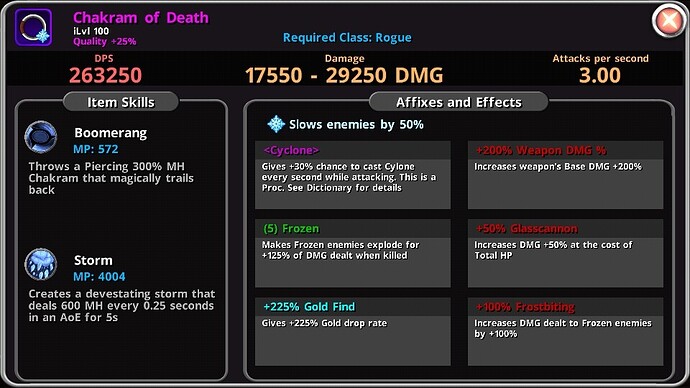 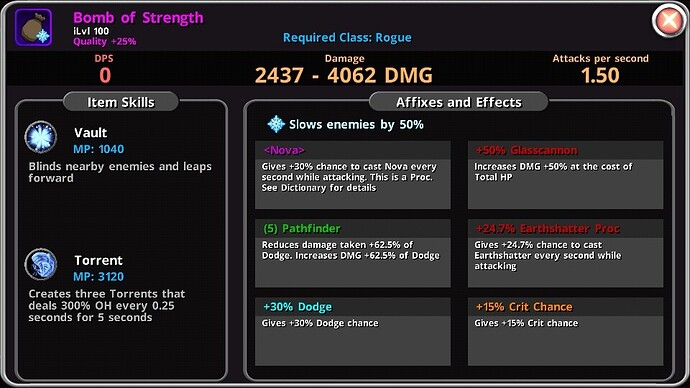 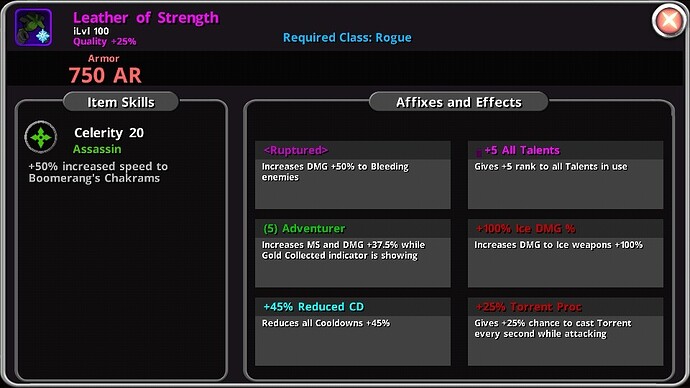 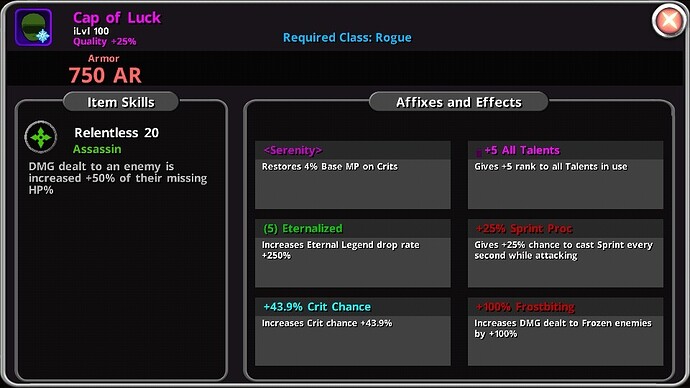 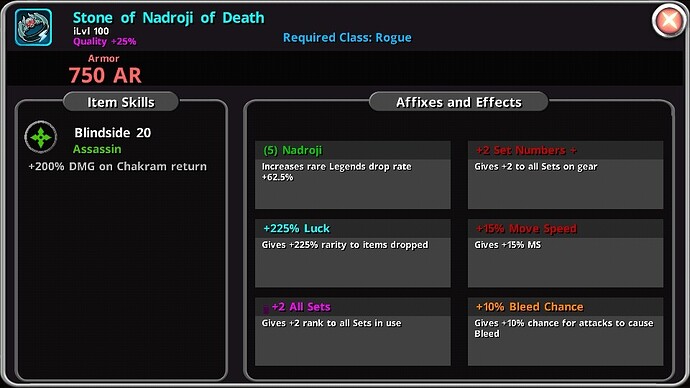 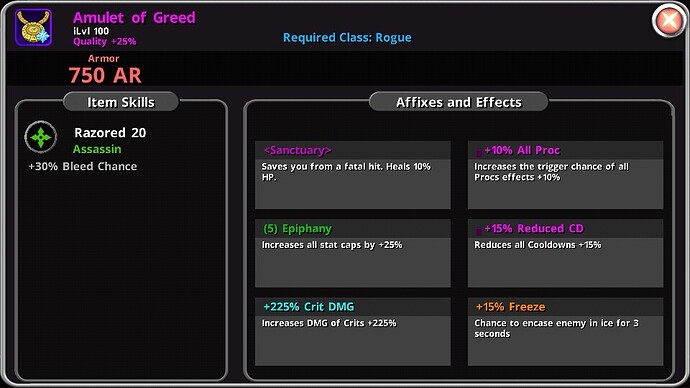 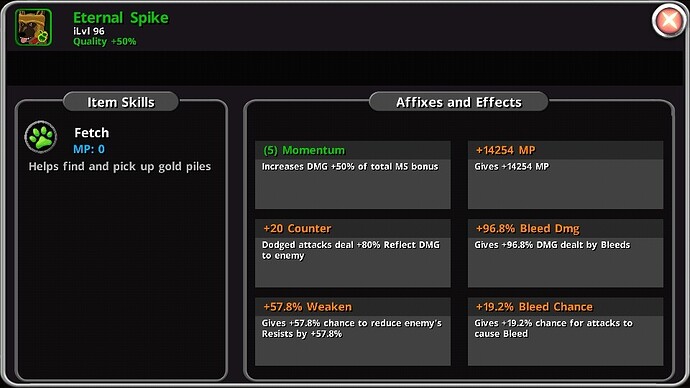 and luckily I can make use of those given affix. 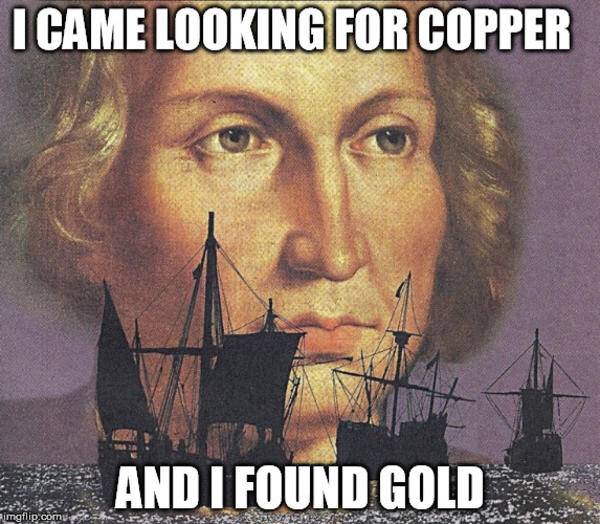 for the Eternal Spike, I think you need Reflect Damage on one of your items for Counter to work, +80% of 0 Reflect Damage is 0 Dmg. if it works anyways, well, that gives me some good ideas for when I start working on Rogue Builds.

looks like you are going to Farm, and that you will get lots of Loot! when you find an Obsidian, you can take off the +5 all talents & socket so you can use the Obsidian to hopefully max your Critical Crit Chance, and then replace the Myth Stone.

as you Farm & find Crystals, you can tweak your build to get the most out of it, and it really looks good with the changes you made.