Does anyone know if enslavers can still drop random legendary pets if they are farmed on the very early floors (farming floor 2 in my case)? Prefer farming here since the map is so small can find the enslaver in seconds. If they don’t have a chance of dropping random legendaries while on the way to completing the enslaver feat, I may just farm floors 100+ then.

If anyone knows would be appreciated.

I appreciate the info, but still hasn’t really answered my question. I’m using hunter boost which is probably why they are appearing on floor 2. I prefer it because the map is extremely tiny and you can find them easily. I’m just unsure if they can still drop legend pets randomly at that low of a floor. I know I’ll get one once I complete the kill enslaver feat but i generally get at least a random legend pet drop or two while farming for the feat.

If they can’t drop a random legend pet at that low of a floor I’ll switch to 100+ then, but I’m hoping they do since those early floors are so small.

They should* drop the pet when you complete the feat, as far as the pet dropped on usual defeat…that is up to the RNG.

Ok so as long as a legend pet can still drop with the RNG I’m ok with that. Thanks.

If you are on a challenge map…it could be possible. I have not seen that myself though.

Great info! I’m gonna try floor 2 for 149 kills to see what happens. Only downside is less gold, exp, and gear drops, but who cares if I can complete the feat in less time

I’ve been hunting eternal pets for awhile & only got 1

@tdaniel tnx for answering and how about this ?? Is this a bug ? 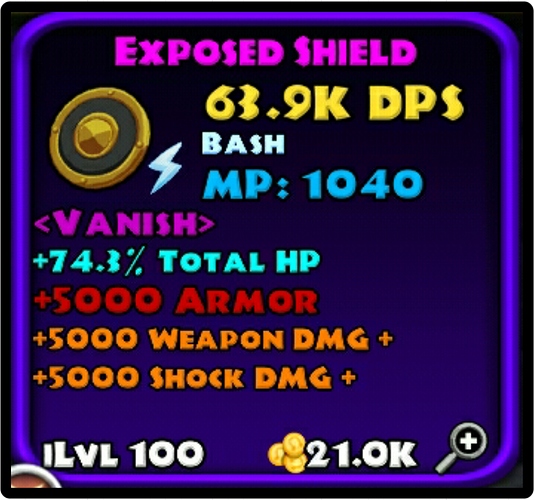 I put mythic vanish but its name is exposed shield

that would be a steiger question

Honestly Peacedog, the only difference is the basically non existent experience and the low level crystals. However, I’m getting just as many legends as normal, and with max gold find its actually pretty decent. If you are solely after pets, I think it’s the best as the map is so small if it takes you more than 10 seconds to find the enslaver then you are not very efficient haha.