Rate my build and suggest improvements

So a crushing flames skullshield build I know i can upgrade my mainhand but i would like to ask if crit chance would actually be any good as a crystal affix on a new mainhand or is element critical of 76% already good enough and is it even the same thing if all my hits are fire?

I am not facing any difficulty with any mobs at the moment but i am only at M3 700
My Skullshield damage says like 4.8ish million but i see hits over 22million for normal hits and often crushing of over 700million sometimes even 1.2-1.4billion… 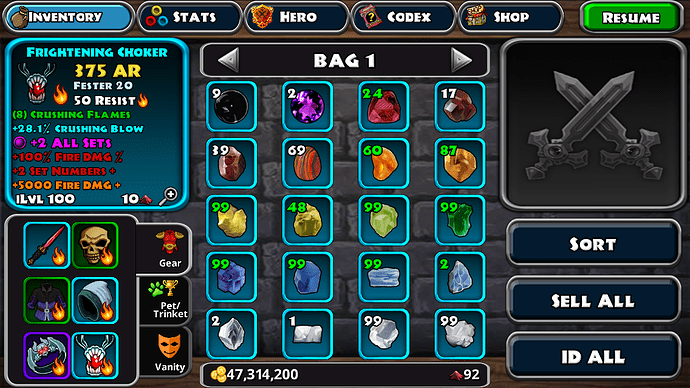 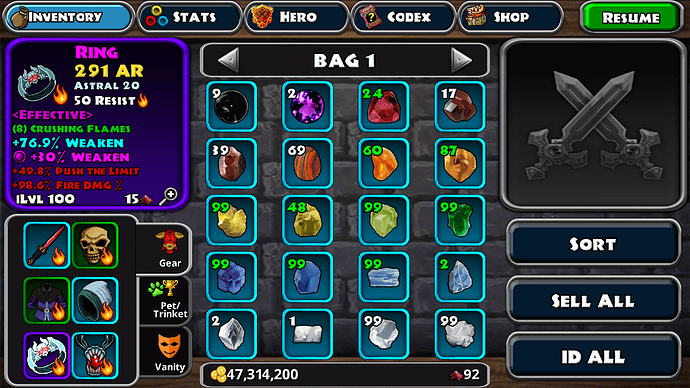 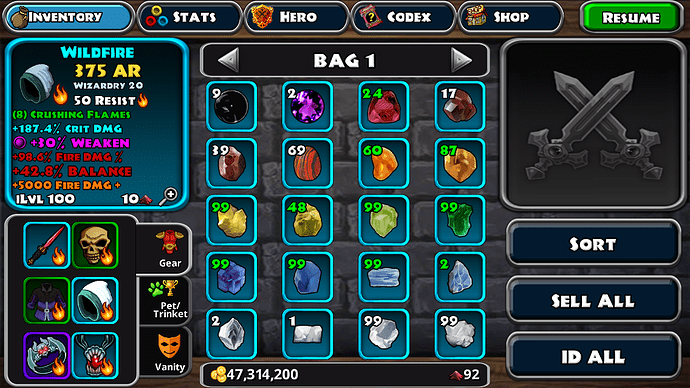 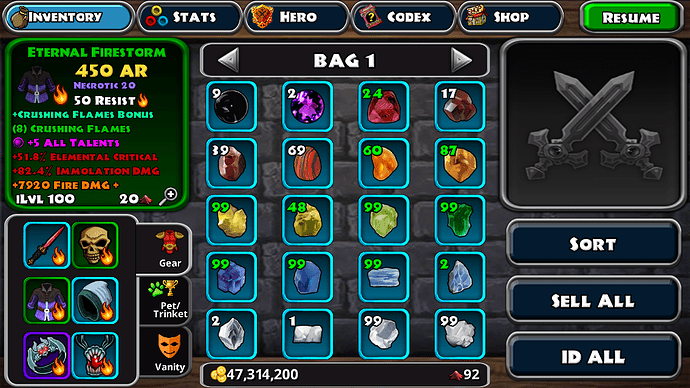 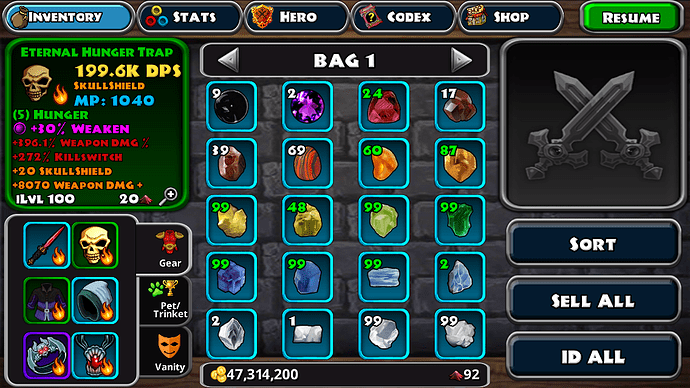 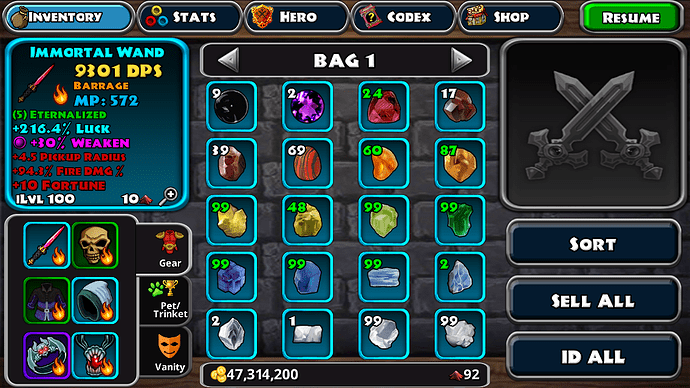 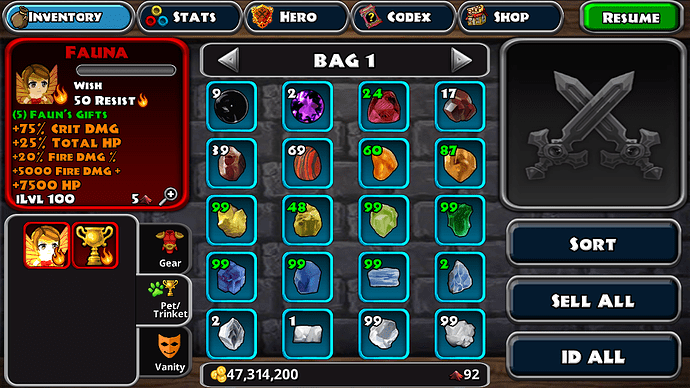 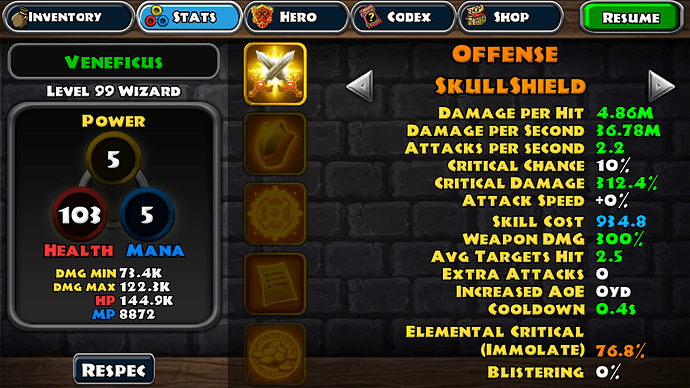 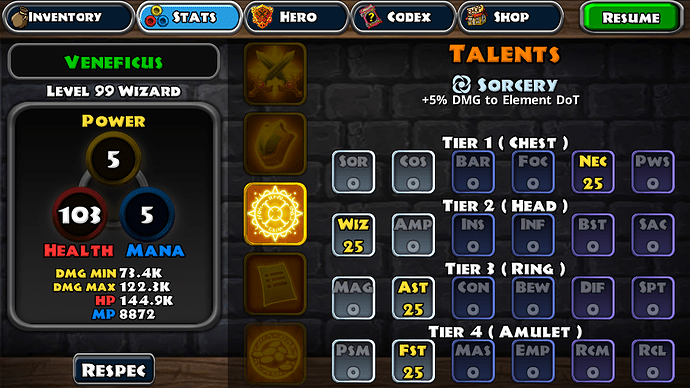 All looks good to me. Try making a nova shield and a cosmiorb wand

Id swap the wand for a Glinting slicer (crystaline instead of eternalised) and swap the chest for chest for an indras boon with crystal block and the brutal mythic.
You only need 6 crushing flames for basic enemies, high tier mobs are dying from your own damage…
Id add a crystal Deadly strike to the new MH.

If i am getting indras for the block why not just try and roll block instead of a random stat on a regular firestorm? And yes you are definitely right the crystaline is better than eternalised, and brutal hmm yea that’s a good idea i just have to re-roll another glinting slicer…

oh but anyway wouldn’t it be better to get a regular firestorm remove a few random stats create 4 sockets for brutal then restart the app until block appears when trying to roll a crystal affix?

then reapply those stats that i removed which i can replace.

if i am doing this i might as well get that reanimate mythic whatever it was called the one that brings you back to life with 10%.

ps i appreciate your input tyvm

Crystal block can only be rolled by crystal on the OH weapon. If you want a crystal block on another piece of gear then it has to be a legend gear with the epic affix attached. Theres lederes lance, frost raven ring, indras boon chest and a head. Nothing for amulet (yet?)

As for saving and downloading, i recommend against it. But you can force close the app which costs you 1 crystal but doesnt add the un-removable affix to the gear, so you can try again.

Certan mythics can only be attached to certain items, the sanctuary mythic you want if for amulet… if you check the codex in game, it will tell you all of them and what they can be added to.

Hi… you might want to check this out DQ 3.0 Cheap Build 3k Up Wizard Edition and experiment on your own

Yeah what the that build looks amazing but its far from cheap maybe when i reach floor 2000 i would have saved up enough mats for it and have found the pet. I like how it has so much dodge and block! and it uses skullshield just to freeze while fire chakrams destroy everything.