Share a wizard build and some thing what to know

I think the most important thing in dq is get a green pet, and think how to use it. I always want to use ice element, but when I get this pet, I know I cannot 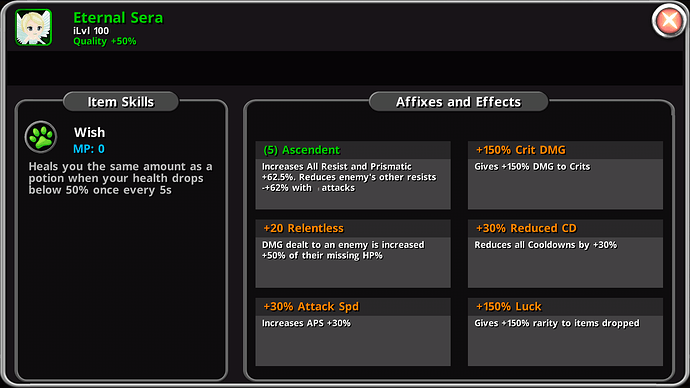 here is the build 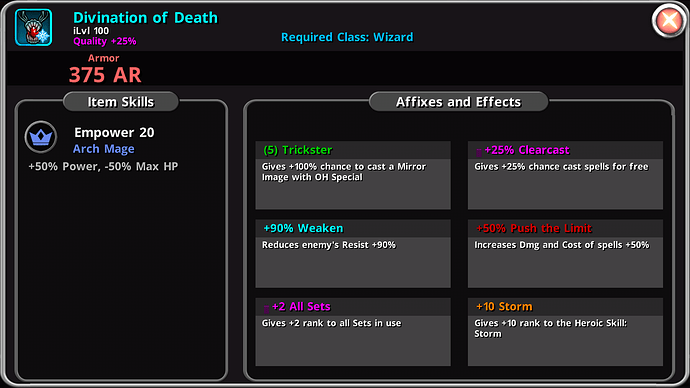 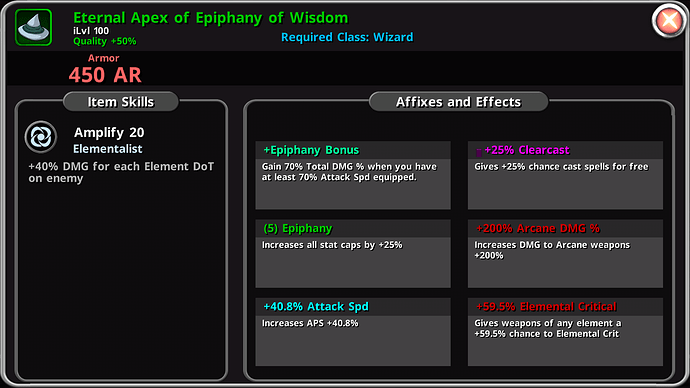 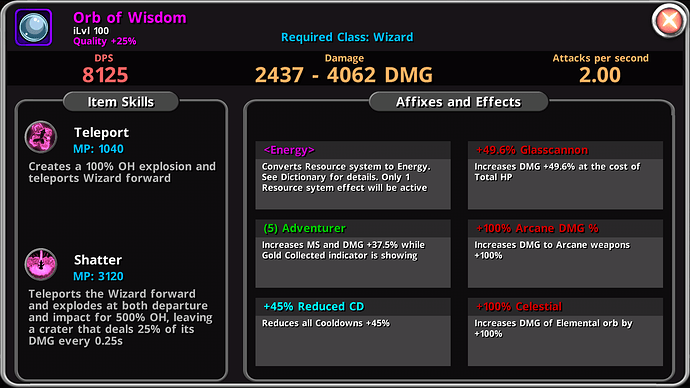 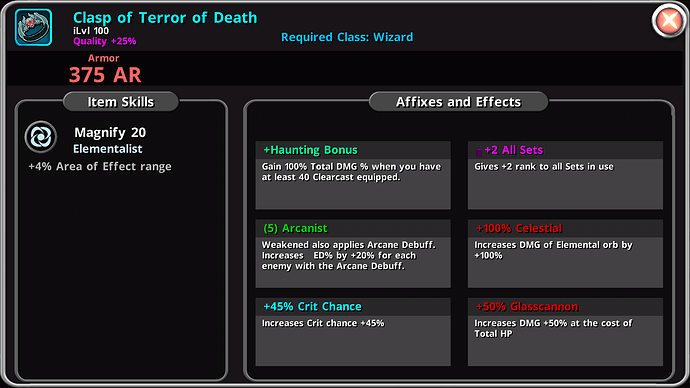 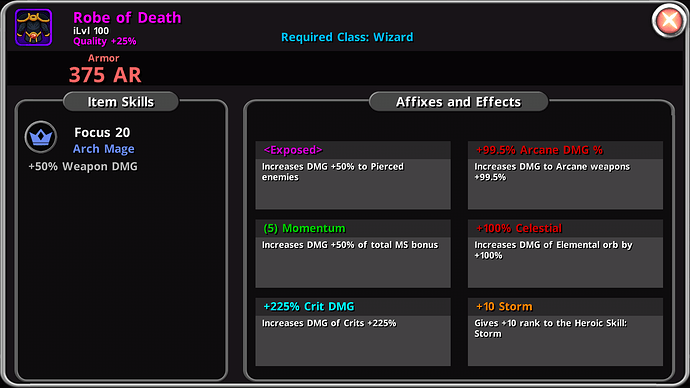 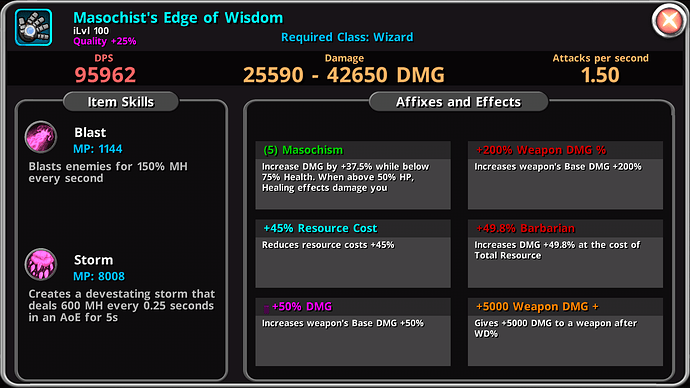 and skill and telent and storm 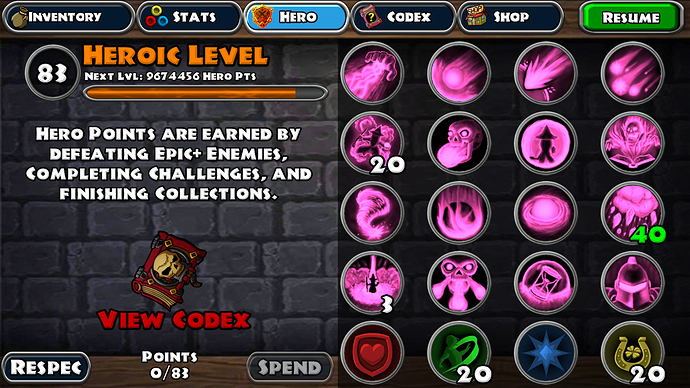 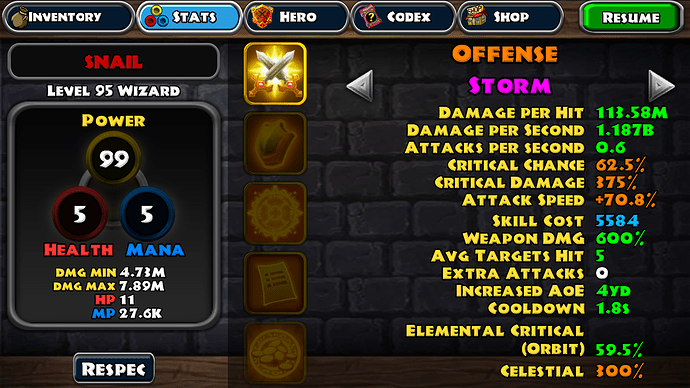 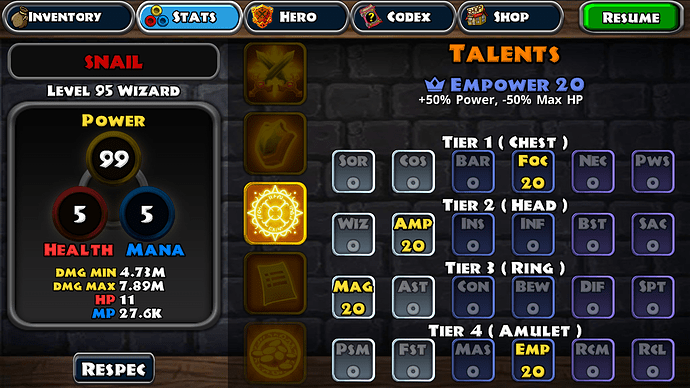 Nice eternal pet you haved. @smiles292 thank’s for sharing build for every one.

beside ascendent, arcanist and amplify, the most important skill is teleport, tiny dmg，you can jump a long way to get a great arcansit and amplify effect since teleport can not kill anyone 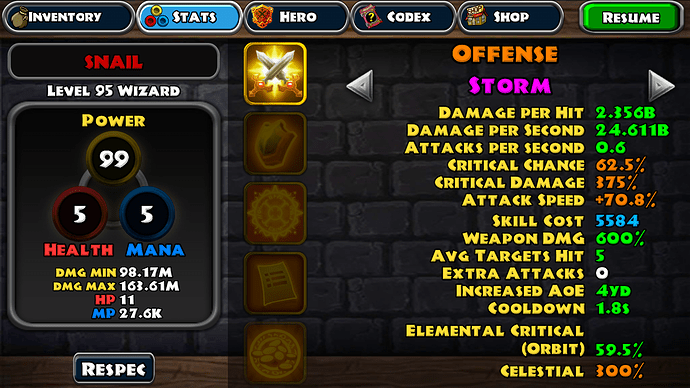 Realy? thanks. Iam not sure, this is the only one maybe suitable for wizard, I am not sure whether relentless will work on wizard now

And now, something i am not sure.empower，it seams that empower don’t take HP, is this because i have glasscannon on the same time? will empower work at this situation? does the talent form Roger or warrior will work on wizard？

this is the first time I share a build, I am not sure whether some other guys have shared the same build, if there is a same one, I will apologize and remove this

Thanks for sharing your build @smiles292.

thanks😄, my first try on wizard

Talents from other Classes on Pets don’t work on the Class you are using. so Relentless would work if you were using Rogue, but not if you are using Wizard or Warrior. Weapon Skills will work. if you had Scalp on your Orb, and had Scalp on your Pet, it would boost Scalp on Orb, even though it is a Warrior Skill on a Wizard Weapon.

This post will grow as I explore more Wizard build options and Affixes. Questions and input alike are welcome! [size=200]This post is outdated and will be revised when I have time; I feel it is more important to leave it as is because it’s sufficient, even though outdated, and the completion of the dictionary would be more useful at this moment.[/size] [color=#FF0000]Note:[/color] I very much enjoy helping find possible errors in DPS calculations, and want to do my best as a player to help the…

here is that very old post I mentioned, with a few videos of Teleporting in action.

thanks very much for your reply, maybe I should try to get another green pet😭

it is a topic 6 years ago? you have good memory​:smile:. english is killing me

I haven’t been playing DQ for that long. I was doing a Search for something recently, and this Post was a part of what was found. I thought it was cool that someone was working with a Teleport Build.

most Wizards use Teleport for moving quickly and getting out of danger fast. it only does 100% OH WD, but has a good AoE and Cool Down.

one nice trick is to have increased AoE and face a wall and spam Teleport until there are no more enemies bothering you. then go to the next batch of enemies.

floors with open rooms require you to do a lot of hopping around, so it requires more effort to control direction to get the best out of using Teleport.

yes, I use orb to run at the beginning, but I found it is easy to get tones of dmg

I really want to know how to use teleport weapon, im playing wizard using manashield or skullshield more often. Why you hp only 11 when you dont have manashield ? Or is it similiar to manashield ?
And my wizard damage only around 50m, that’s a lot of damage you have when using teleport. I really need to experience with teleport weapon pls teach me

firstly, this is a dynamic dmg, it means that I have to touch lots of enemy to get high dgm. teleport gives a chance to travel among monsters still alive, so I can touch, not kill, lots of monsters when I jump, so dmg is high. but if you use manashield, you can not travel among them and keep alive. other topic have said that manashield is not a good choice when layer is high. maybe, you can try other things, or battle magic😂

What mean dynamic damage? So if you touch more enemy then you will get more damage? And you use storm to kill enemies ?

I am guessing that Teleport is used to get out of the way of attacks and Storm is used to knock back enemies if they get too close.

if he had one second left when he got to the Cartographer and hit it with Storm 40, it would get hit 8 times in the last second, the first hit places the Debuff, and the other 7 hits would do +600% ED DMG.