the Summoner is not viable , can anyone give tips on the Assembly ? Peta does not have to the monsters , how is it to play a familiar?

isn’t viable for what?

to farm , for a normal game on the floor ! If the build is Summoner viable and you can comfortably farm , tell me how to set it up.thanks in advance for the help. 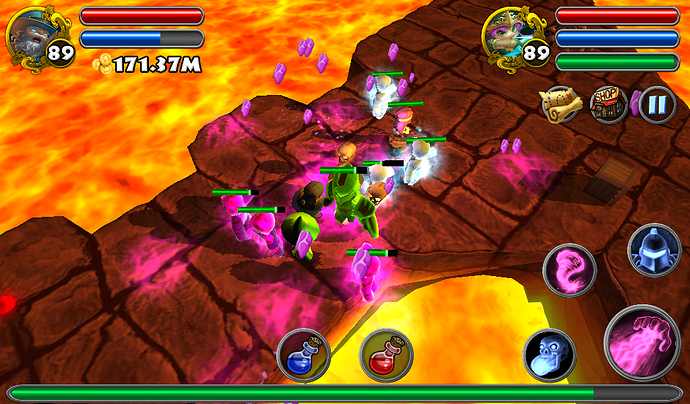 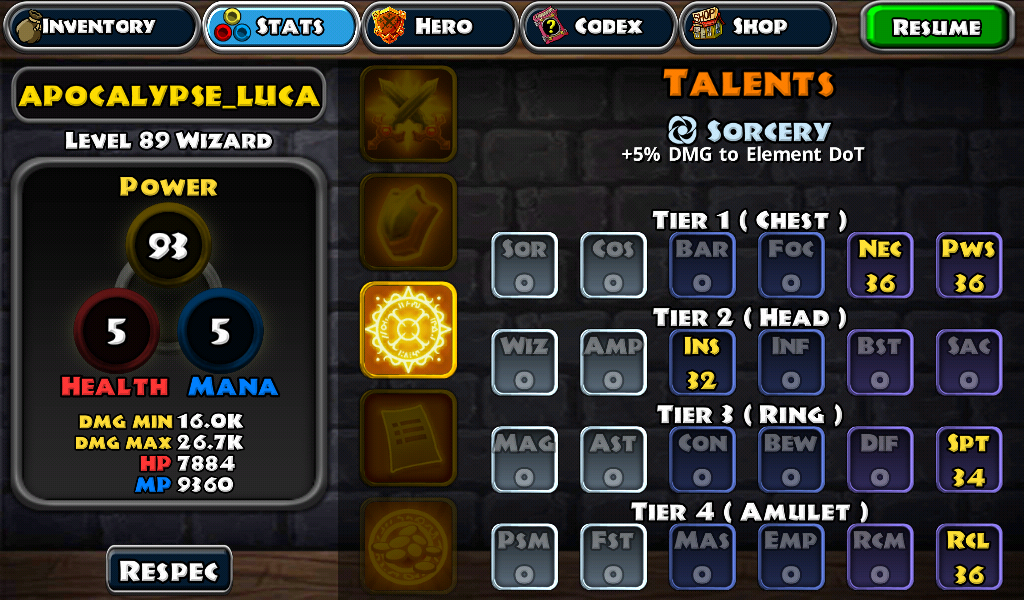 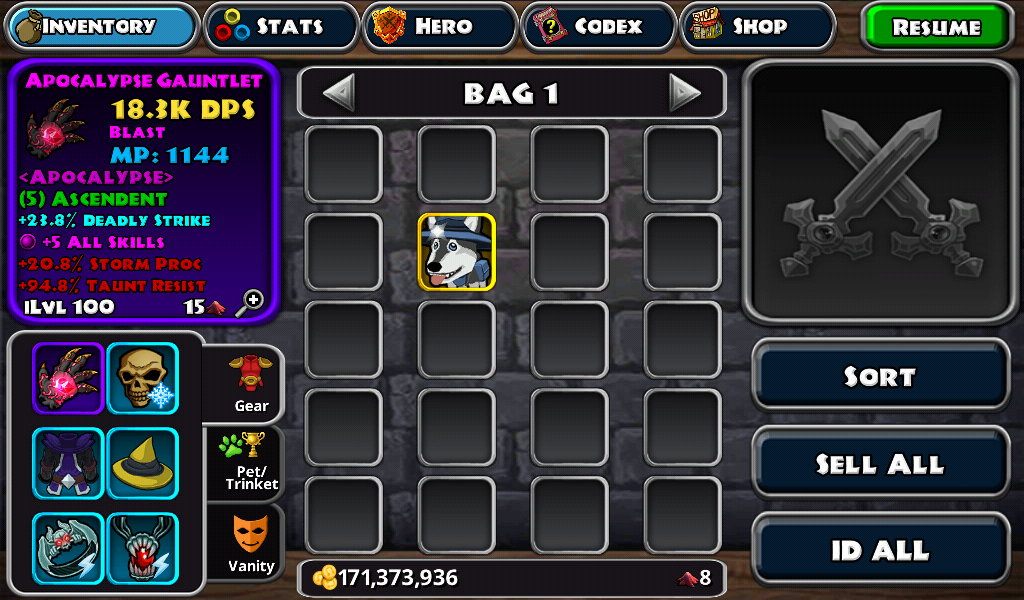 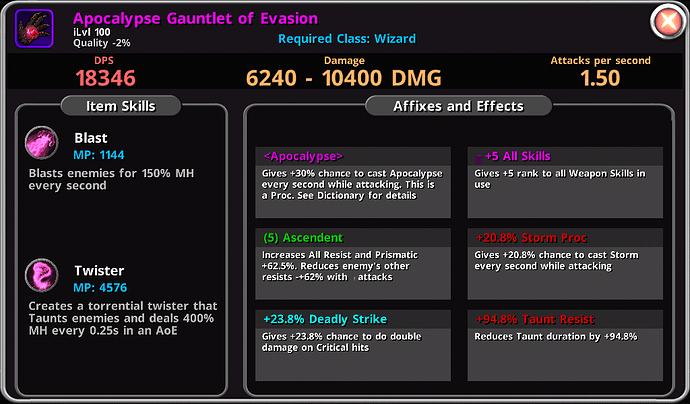 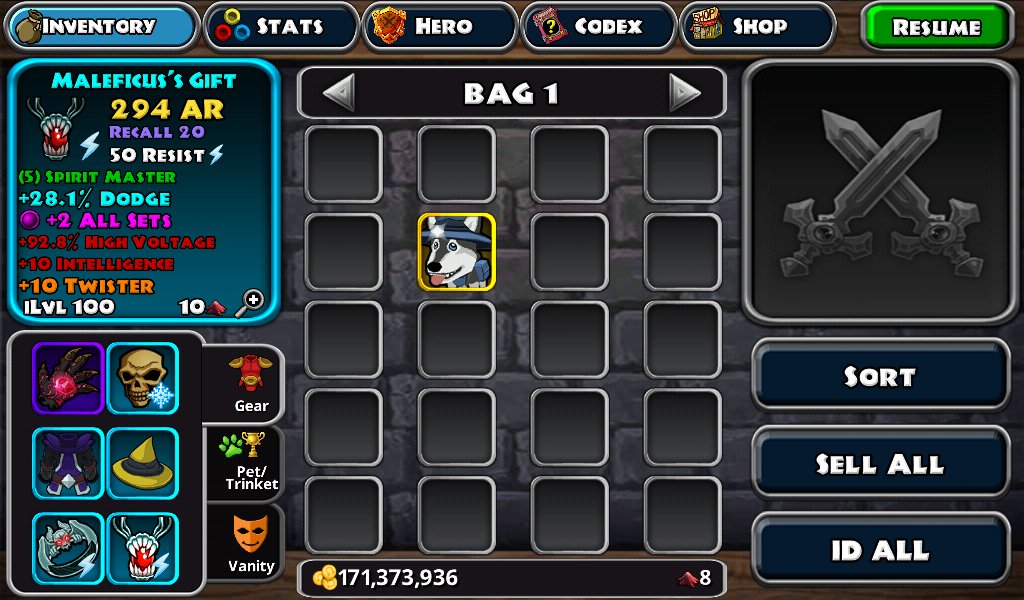 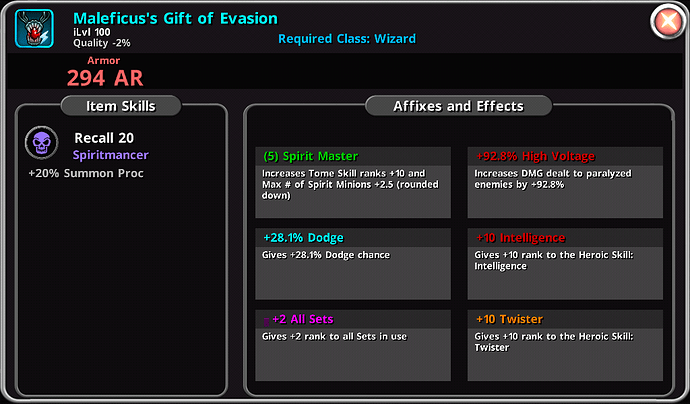 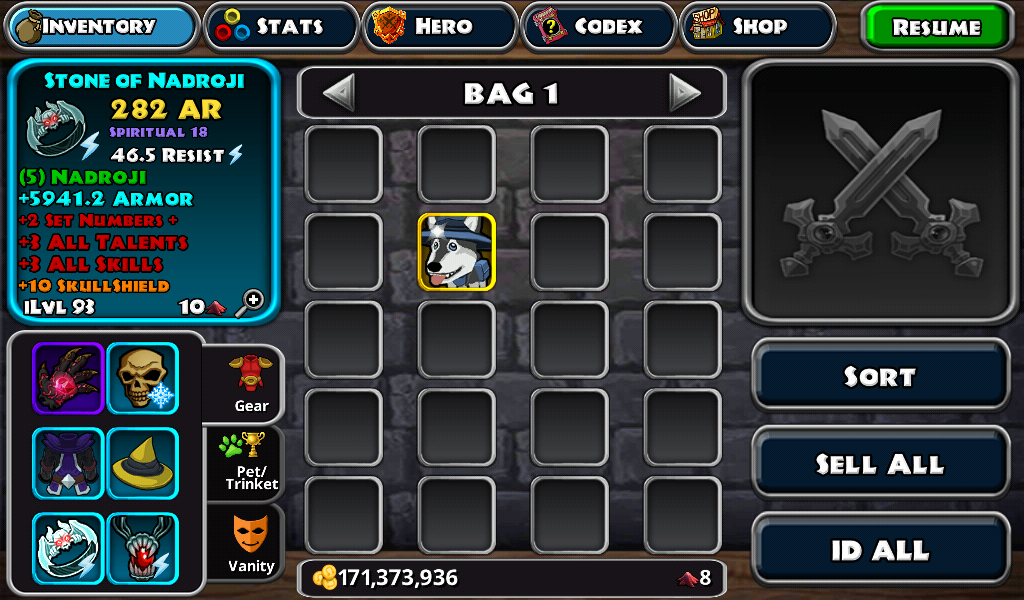 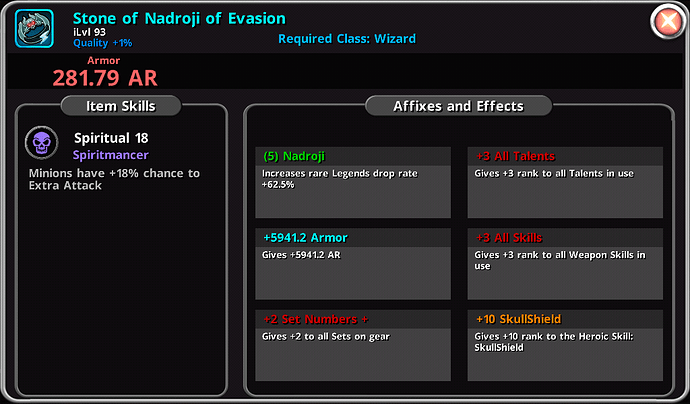 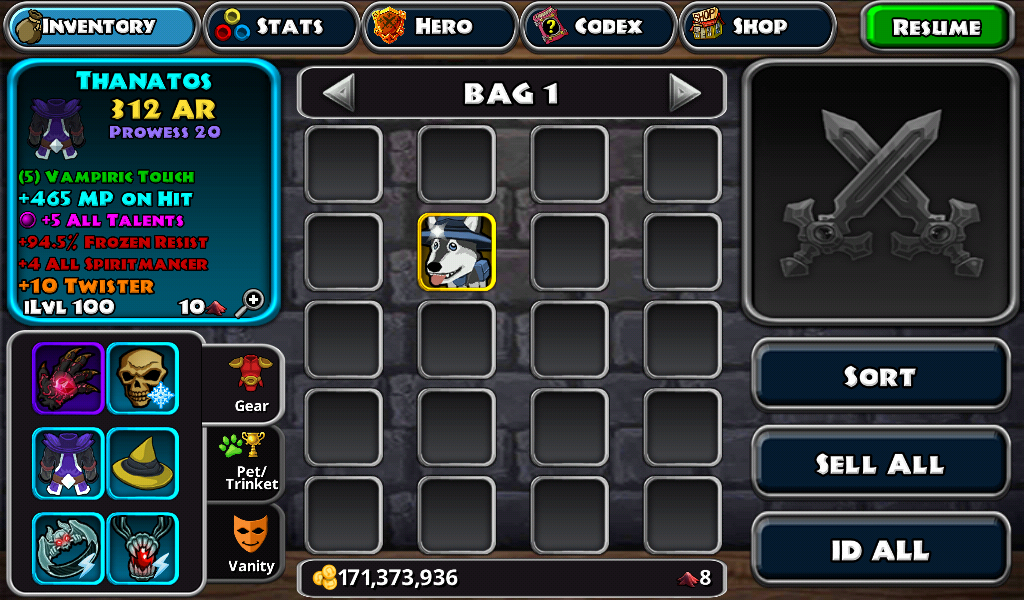 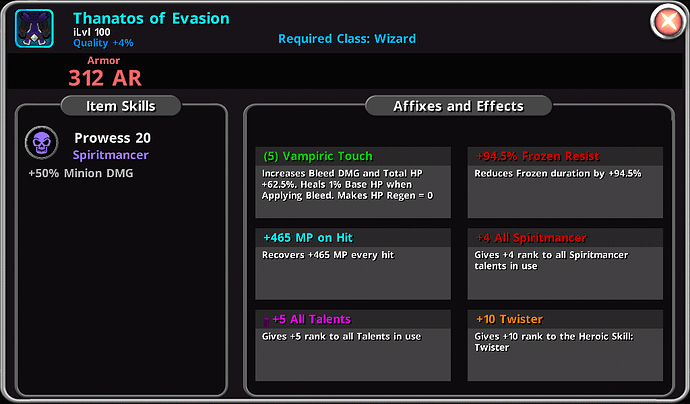 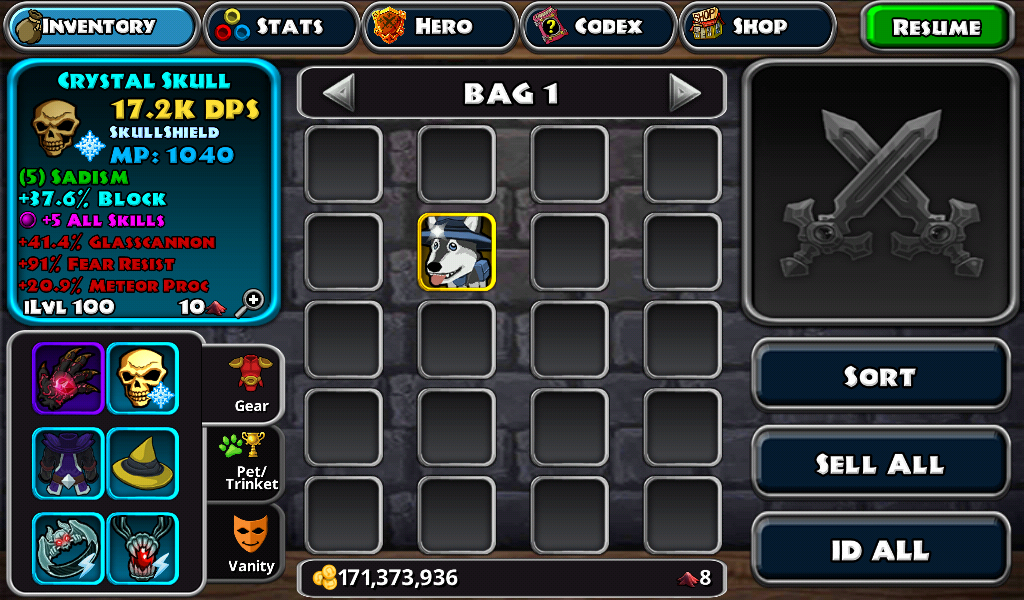 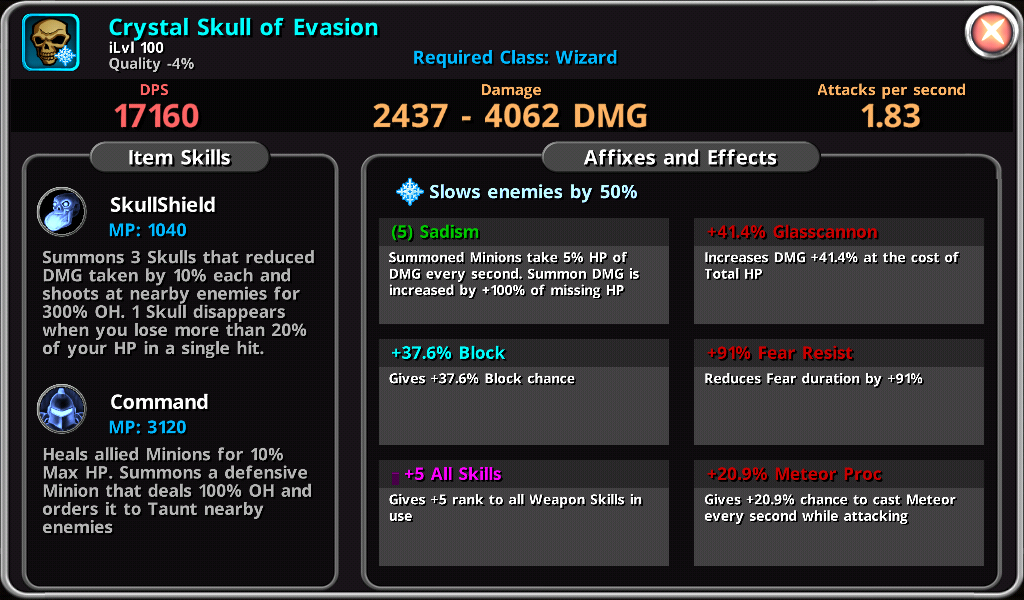 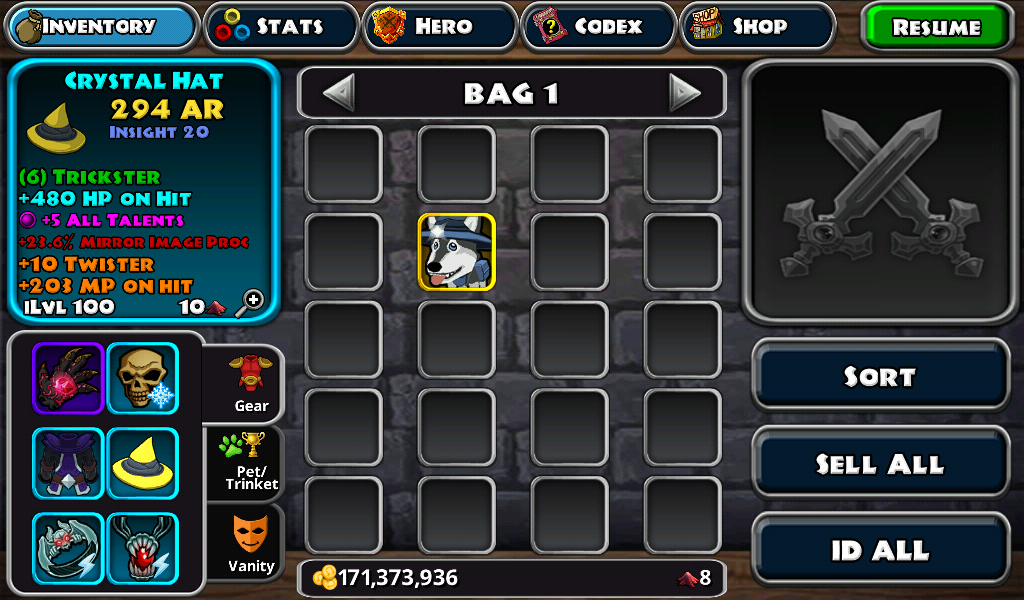 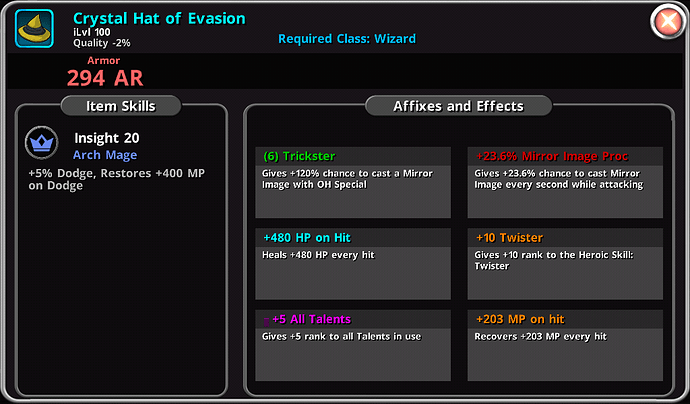 thanks for the great build , could you show how did you spread talents ?

I don’t see it as viable for efficient farming builds. First cause it’s very easy to die relying exclusively on them: If your minions are attacking an enemy ahead, an enemy which comes from your back can freely hit you. Second because they will die very often at high floors and even if you’re using sacrifice for explosions effects, it’s not that wondeful. Third is because ghosts generated on pack size maps: Your minions will aim at these, which is pretty annoying.

Although, I see them as very fun for playing: Summoning minions + apocalypse + fury minions for having an army is epic. If you’re gonna run such thing, check out codex for “Spirit Master”, “Summoner” and “Sadism” affixes. Also, there is some supporting mythics for yourself such Synergy (this one is very useful) and Summoner (mythic), Also Energy as resource system fits an build like this very well, because you won’t cast too often. For increasing your damage with them you may look on “Summon DMG” and “Summon Haste” legends affixes, which don’t have a cap, so you can use them as much as you want. Still about minions, you may consider +10 skill points epic affixes for increasing even more their capabilities. For rest, you still must wisely at affixes such WD+, WD%, ED%, crit chance/dmg, crushing blow, etc. and also survability affixes such dodge and block, or just HP affixes.

Yeah I can see why.

Hey guys!!!.. This is kinda weird but YES I've created a NEW Build/Meta using the Wizards Minions.. So lets start..... DISCLAIMER: THIS BUILD IS INTENDED FOR FUN FARMING WITH MINIONS. THIS IS NOT A BUILD THAT DEALS QUADRILLION DMG LIKE OTHERS FARM BUILD.👍👍 [image] [image] Before you will ask a question from me I will already answer some. 😊😊 I know every questions will starts at WHAT? HOW? WHY? First is WHAT? 1) What is this Bloody Hell Summoner Build? - Ok I was inspired to create t…

I may not finish the Summoner 3.0 Build yet but, you can have a guide here how to make a fun summoner build.

thanks for the help 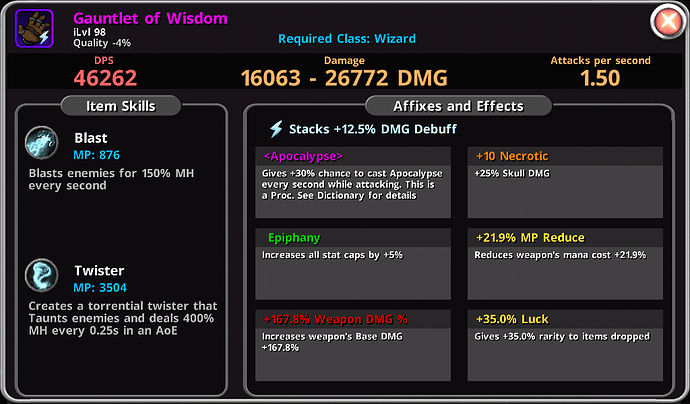 why craftet gloves ? and not let the sword ? what’s the point? I would understand if the storm pulled together, and Peter was beaten on the square , so in all builds, no stat on damage to the area . 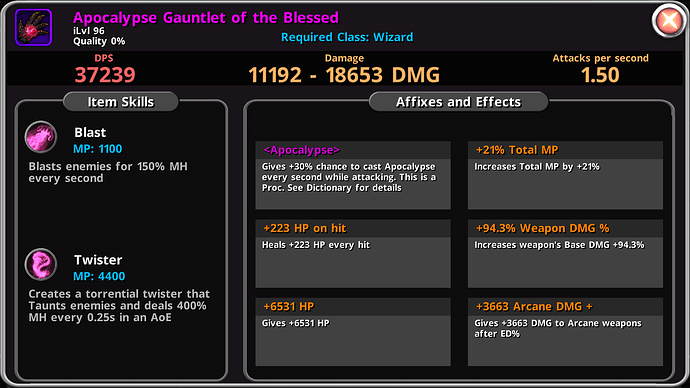 Gloves because highest base DMG wizard weapon. Only affects MH skills though and summon is OH skill aka offhand.