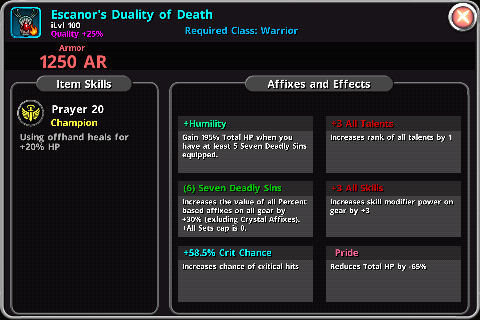 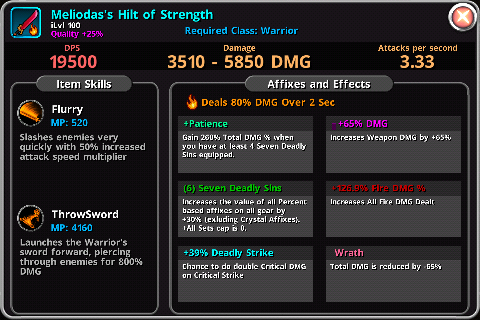 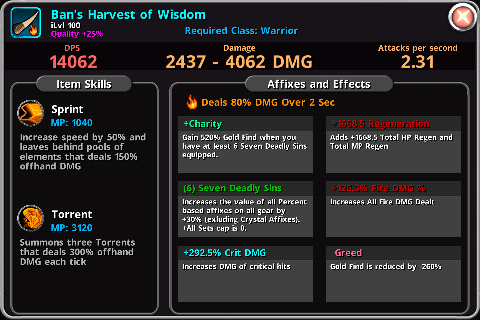 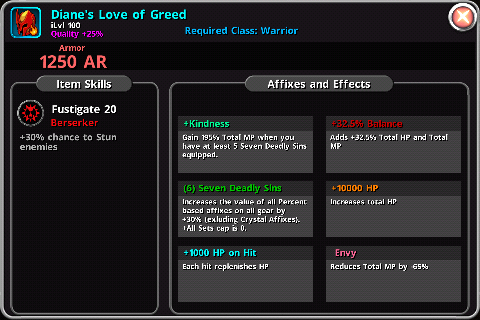 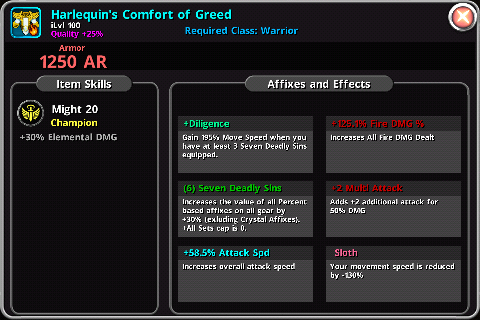 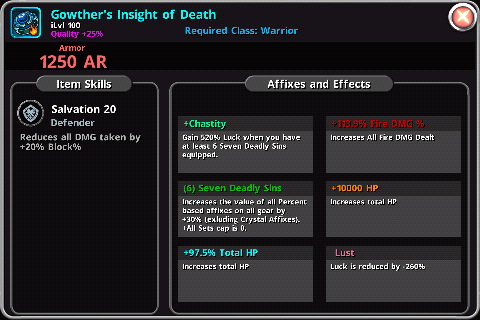 Any suggestion for this build?
This can stand floor 700 without dying.

Me too has a liking on this set but I’m waiting for someone that will mess with this set.

Just a guess here but I would think affixes like the 10000hp on the ring and helmet would be worse than %hp since the set bonus increases %affixes. Probably the same for the regeneration on the OH.

I don’t think there is much to do. Each piece has 3/4 keeper affixes. Pretty much just wear it or don’t.

Where does the set drop?

What kind of 6 item?

I have so many sets of six items, you don’t even know.

Just a guess here but I would think affixes like the 10000hp on the ring and helmet would be worse than %hp since the set bonus increases %affixes. Probably the same for the regeneration on the OH.

The regeneration on the OH is a default affix. I did not change it to see its effect. for the 10000hp, I really put it there to boost my HP%, but I think reflect damage will also be nice to replace it.

Reflect DMG is almost garbage. Only useful in PVP, and, even then, it’s not that useful.

How did the 225% max crit dmg turn into 292%? Is there any change to crystal affixes or is it because of seven deadly sins. I don’t know yet.

You didn’t notice the other affixes? 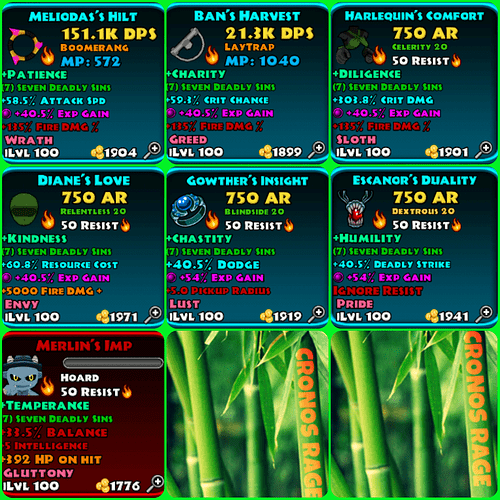 Im so happy that the obsidian i apply give what i want until the head part give all crap affix (spoil) if i got +%HP or Crushing it all set lol.

Anyway, @Refia note this please. the deadly seven sin set affix effect +% bonus is bugged, i mean the bonus % added on for each percent affix is not added. for example that crit damage, on my gear its 300% but on stat it just 226% something, happen to all stat too eg a.speed deadly dodge resource exp(MS) eth eth., idk if the stat are bugged or the set is bugged

Thanks for the bug report. Noted

Hi Chronos, is it your fire build?

nope it just some build i try give a shot