Why does my rogue summons more Furies than my wizard?

I believe if you have a Summoner Set on your Rogue, .5 more Minions, rounded down, per Rank.

sorry, it is the Spirit Master Set that increases Minions .5 per Rank, rounded down. do you have that on your Rogue?

No lol. Here are her items

Must be a glitch

My rogue has no summoner fury procs. Just an apocalypse bow

The affixes + 5 All Skills, +5 All Talents, +10% All Proc, +6 All Skills affects the number of furies that appears with the rogue.

Ahhhhh thanks @SamuelMG. You have given a million ideas now

Mirror Image has Summon DMG % increase in hero points. I think it counts as a summon because it is basically a summoned mirror image of the rogue as well as Summon DMG increase. Of course fury proc from apocalypse or legend affix on rogue is possible.

I mean I already had the Wizard pierce alchemy build and the chakrams with mirror images build to maximise both their potential. I haven’t really worked on them but planned em very well. Pierce dmg 50% hero point to exploit with many enemies. I know guidedshot also has Pierce DMG affix and some other skills but those builds are my fun builds. The chakram one was test build and the Wizard pierce was a legitimate plan.

well, looks like we all learned some cool stuff about using a summoner build. especially me.

I want to make a teleporting summoner but I’m waiting till I’ve tested maxed recall, reclaimed, 6 × summon Furies procs on mythics. And seeing how they spawn. Early stages looking viable.

@dickwad maybe your Warrior has more magical potential than your Wizard!

you might have a mystery to solve here, trying to figure out how that is happening. and now that I have looked at the Posted Title, your Rogue has more magical potential than your Wizard too. just looked at the video again, and it doesn’t make sense to me. maybe what @SamuelMG wrote

x6 is making a difference between your characters, but if your Wizard has some of these affixes too, maybe it has something to do with having a Main and Hireling vs. just using one character. but either way, together, that is a lot of Furies putting some smack down on the monsters in PVE and players in PVP.

Problem solved. 4 extra attack increases more chances of summoning 3 furies. This increases the very random event of 6 furies in gameplay when combined with a high regen build. If your wizard has spirits and command in play then your summons limit is capped. But if you’re an off class character without mirror images or command then you can get 6 furies. I’ve put Zenith’s on all my characters yesterday with all class apocalypse users. I’m startled

@dickwad hmm, I think you have made a Wizards Strength a Weakness!!! Oh! No! on the other hand, this is some good stuff to know!!

@Golem I have been advised by @NUIQUE to look at a warrior and wizard I don’t use. I only have one warrior so that’s easy and 2 unused wizards… Hmmm… Tips and clues and mystery. 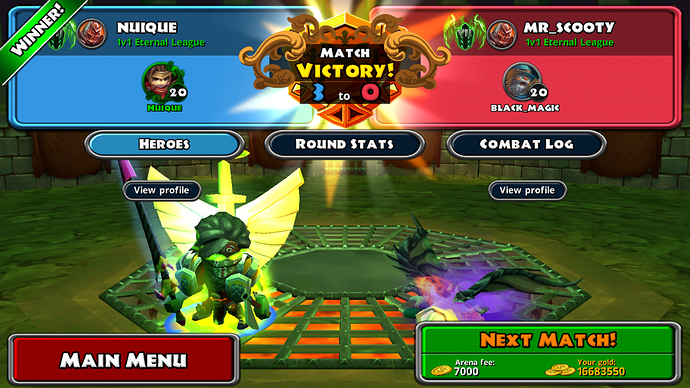