Because it isn’t available on iOS yet

how long for avilable T–T

Be patient bro, they’ll release it sooner or later

Hi! We had to get out a bit early on android to try to get DQ qualified for an event the google play store is having this week that supports their "Quests" feature in google play games. Apple is submitted and should be ready soon. We will blast out details as soon as its ready for release.

Best day of my life 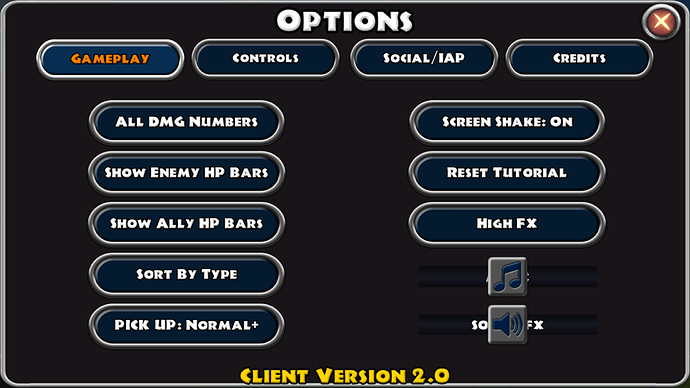 That string says 2.0 on my Android even though I know it’s 2.1. Do you have the option to purchase potions in the shop? They were changed in 2.1 so you don’t buy them anymore.

That’s just a display bug. But if you see an ascension perks & random pet buy on shop, you’ve already downloaded the v2.1

Hey! It’s a known bug, that the setting has been decleared with the wrong version. It gets fixed soon.