Hello guys
yeah, just sharing the classic build “necrotic runner” , spending the rest of the gems before taking a break
(not for newbie) 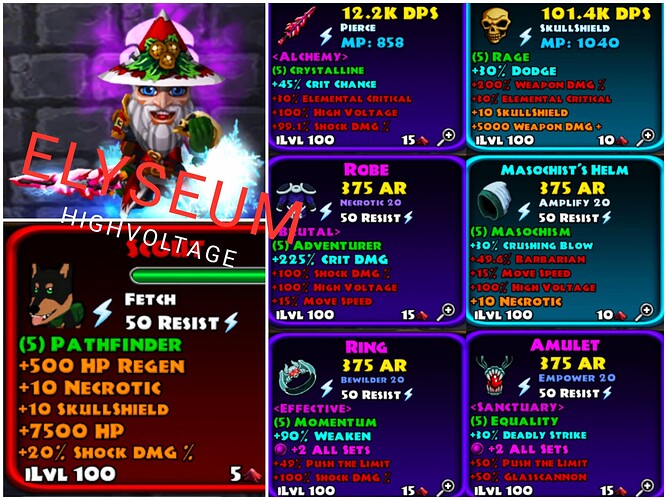 You can use this if you’re lazy farming, because it’s simple, just move your left thumb 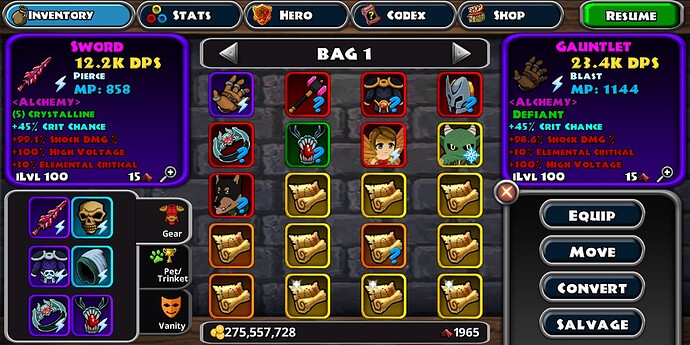 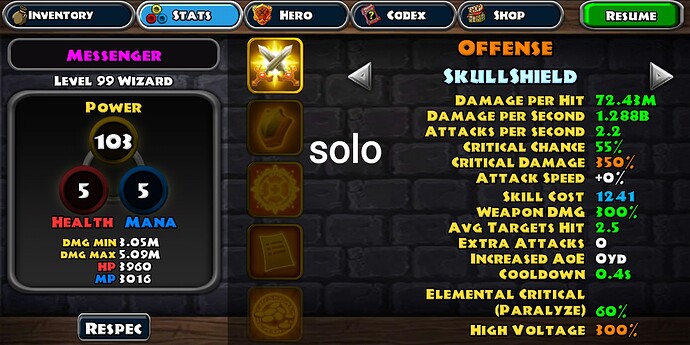 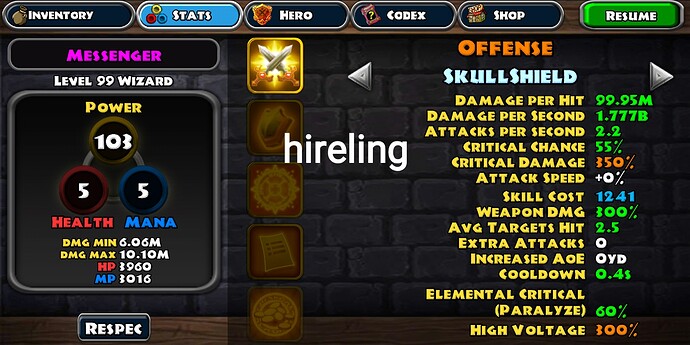 Just to mention, you’re using both weaken and effective… afaik effective negates weaken, so that’s a ‘dead’ stat on your gear :3

If youre using this as a farming build, you’re missing out on a bit of stats; i made a post a while ago that i keep refering myself back to, it give the most efficient luck, gold find and item drop% affixes to reach the cap (both with and without epiphany)

As to difficulty… Get to floor 100 as soon as possible Then work your way up to mythic 3… Why mythic 3? (Because Maths) On mythic 3, with 20 heroic points into fortune, to maximize your Luck% and GoldFind%…: Without Epiphany(5) on mythic 3 You only need 50% Luck And 150% GoldFind With Epiphany(5) on mythic 3 You need 212.5% Luck (one Crystal affix) And 312.5% GoldFind (one Crystal affix and one Pet affix) . Crystal affix are the light blue ones I hope that all made sence …

Uhmm bro, what are those rarest crystals that a “Crystalline” dropped? Is it Jasper-Obsidian?

Oh thanks for the information

from topaz to above 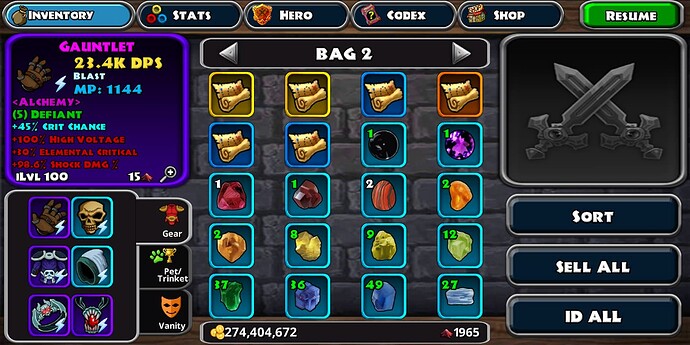 Does a Crushing Blow works with a skull shield? 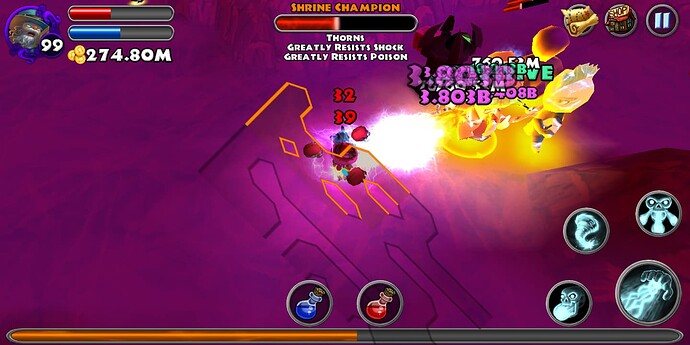 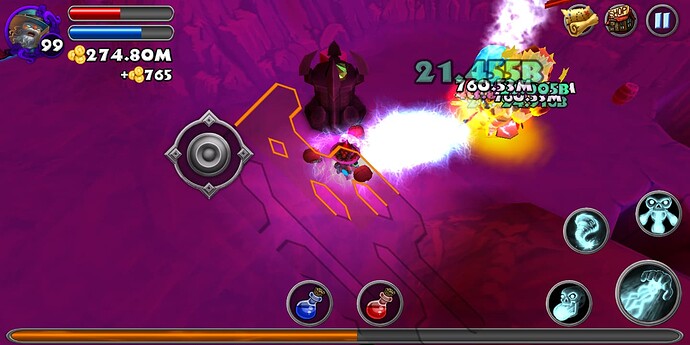 I’m trying to build bro but mainly Eternalized and CF for my sets and CB and atk spd is my main affix, the rest is either Dodge or Block affix. I ain’t put a 225% luck because the stat cap of the luck is different from the Eternalized and Crystalline sets hehe

Just to mention, you’re using both weaken and effective… afaik effective negates weaken, so that’s a ‘dead’ stat on your gear :3

I think IGNORE RESIST is the one that negates weaken

Thanks, i just looked it up and they do work together, but its not super necessary to use them together… just one is more than acceptable. I’d expect the weaken to still give 40-50% average damage increase

Yeah, but its better to used weaken alone. Base on some guide I read, the more weaken you have, the lesser damage you will gain from effective.

They don’t negate each other, it depends on how do you use these items and they are unique on their own way. But in my own opinion aside from
they don’t negate is just choose one of them if what affix that satisfies you that you don’t need to equipped all of 3 of them and 30-90% weaken affix is enough.

My head hurts, I can’t explain it because it’s a kinda sort of sensitive topic that requires a wide analysis

Just read the conclusions, i hate numbers too!

Any suggest to raise Dps in my build?
Welcome

In my current build bro, it’s not about the Dmg but an atk spd matter because base Dmg is enough and the more speed you hit an enemy is the quicker it kills. Sorry for my bad English, I’m confused

aren’t you using Skull Shield as your monster killing machine? maybe take off the +5k WD on the OH and put on another High Voltage. or put a +400% Explosive there instead. this will give your Skull Shield some AoE, which is more damage/DPS. (each explosion from Explosive causes each monster in the AoE to also have a 5% chance to have an Explosion). Explosive does MH damage.

Attack speed & Cool Down don’t really work on Skull Shield. CD only lets you cast SS faster, but that pauses the spell while casting, and you don’t want it to stop shooting.

if your Dodge isn’t at 60, replace +20% shock with +10% Dodge. more defense and more damage from Pathfinder.

for Natures, 2 Death to max Crit Chance to +60. with Rage Set, this should get you closer to the Crit Damage +350% cap. if not, put enough Strength Nature so you do reach cap.

not sure of the math, so I don’t know if this is a good idea, but if you replace the Push the Limit on the Ring with +10 Prismatic or +10 Empower…

with the extra Empower, you are getting about 1800 extra damage from Power Stat, and that gets boosted by everything (IQ, WD%, & ED%, then everything else). so more damage than having 2 PtL.

with the Prismatic, 25% chance for attacks to be a different element. when you cast Skull Shield, it has as 25% chance to be another Element. just keep casting until it’s Shock. Explosive is the same Element as the attack that caused it, even with Prismatic. when you go up against mobs or bosses, use your MH Skills to cast spells. for each Element DoT on an enemy, your Skull Shield will do +40% damage from Amplify. so if your Pierce Skill can get 1-3 of the other Elements, your damage becomes +80%, +120%, or +160%, instead of only +40% with just Shock.