How do I improve this cause I don’t know what kind of build I have made.
TY in advance. 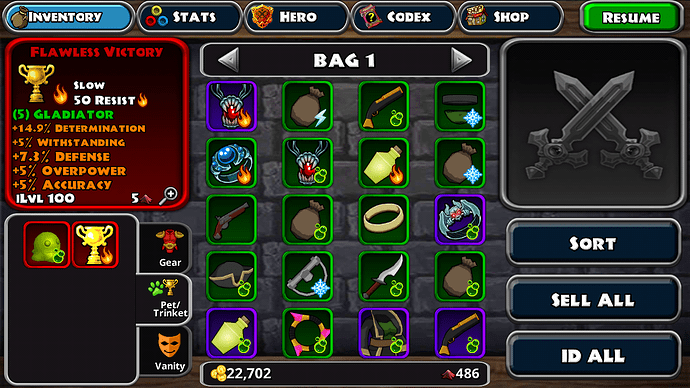 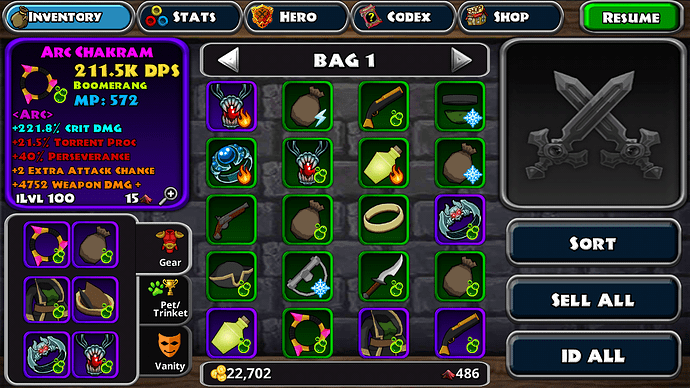 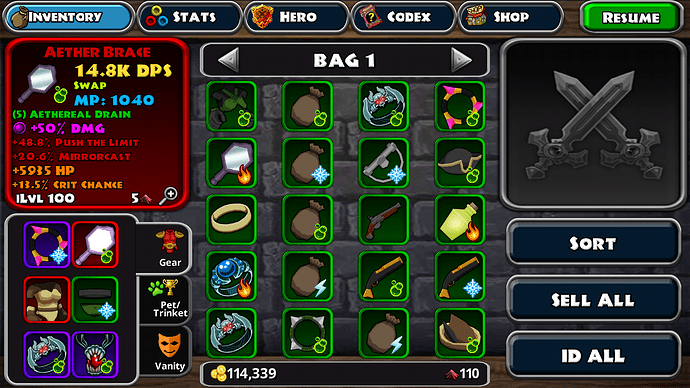 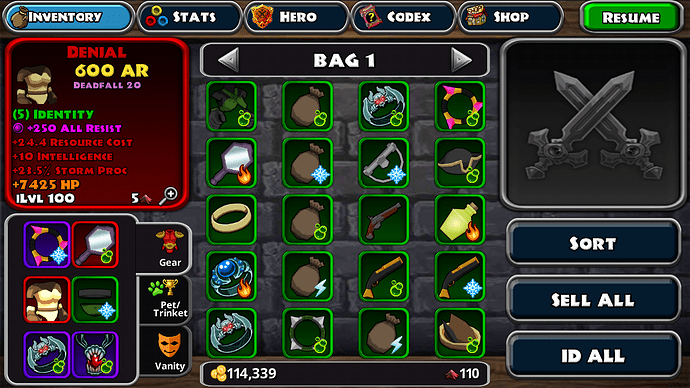 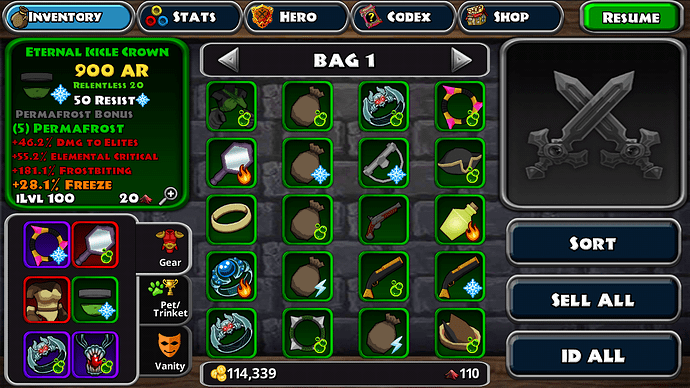 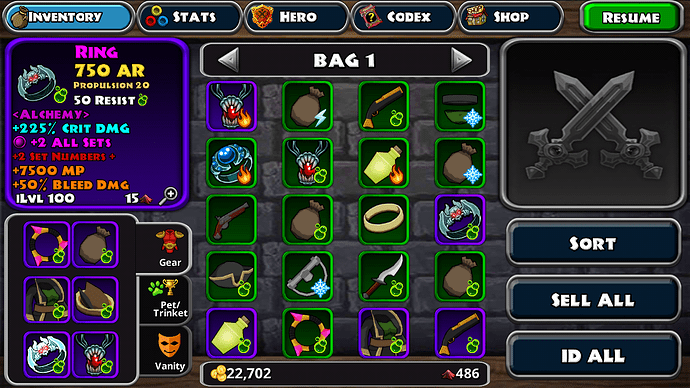 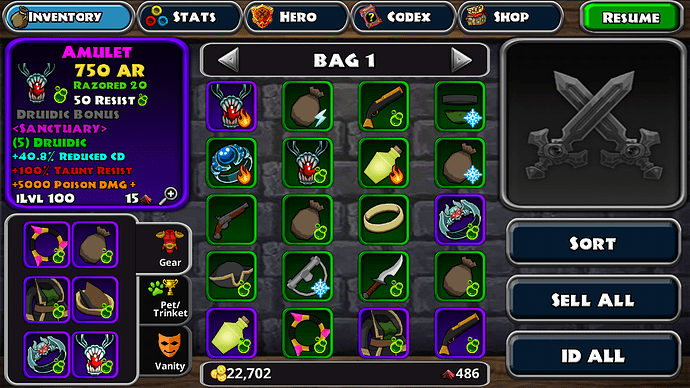 What kind do you want to build? Pvp?pve?

Use @CuzegSpiked build for ur reference,
Dont use eternal item, not good for pvp because u cannot edit it.

Eternal fabled weapon is useful because you can craft it. Otherwise don’t use eternal (except a ring or amulet). Best to have only one eternal on a build.

nice to see that you’re using Identity Set. that if you are using Secondary Skill?

Thanks for the advice guys.
Ahm @kiane_zaine yah I’m using the storm skill instead of whirling blades, is that ok?
Oh and I’m using enigma bomb now with equality set.
And can I ask if what set would be fit to add in my MH and ring, or is it ok not to add some anymore.
Thanks in advance.

You could put sure shot on armour. Try bloodmagic mythic on ring. Empyrean on amulet. Nova on off hand weapon.

For pvp u can exposed on armor since u use cakram, or sureshot for guarantee deadly strike.
On ring or head use Bloodmagic if u build high hp, use fury or energy for little hp
For amulet sanctuary for life saver…
Try demonic set…
At MH, cosmic orb would be no1 choice for rogue

Equality Set works best when your HP & MP are the same on your Stat Page, 100/100 HP/MP would be considered 100% HP/MP Equality, and you would get the full benefit of the Set. also, I think some other players have said Equality works with Blood Magic.

this is a Cold Build, so he is using the Plagued Set for a boost to total HP and AR, and Drudic to boost HP/MP Regen, not for extra Poison Damage. @dickwad Equality works off of your Total HP/MP %, not Current HP/MP %. with so much HP from Plagued compared to your MP, you are just throwing Equality into the Arena Blind and without a Sword. not only does it’s damage go down, but the All Regen goes down too. if you have 25k HP, and 5k MP, that is 20% Total HP/MP %. Equality (3) is 22.5% of the 2…

a little later in that thread, we talk about it a little more.

Yeah last time my build is 20k hp Regen but I think it’s not enough when you don’t have damage reduction and damage.

How about this items 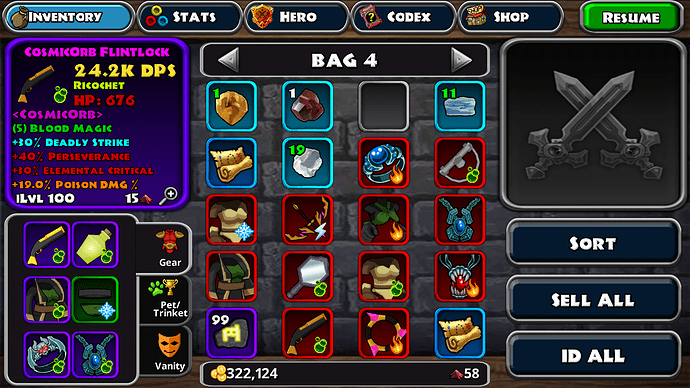 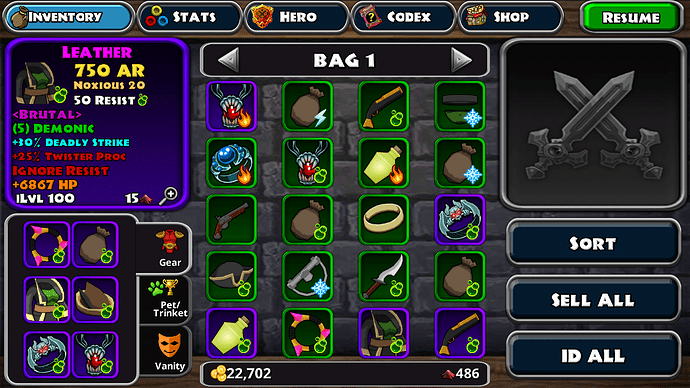 Same principle.Add harmony mythic to a permafrost hat. No more deadly strike needed. Chrystal critical damage and critical chance may be good on other items after that there’s lots of choices. It seems to me that your making an offensive build.

Yeah @dickwad my previous build is I call it one shot build, apparently it is only effective in 40-50k hp but when I’m facing hp that are 300k or a somewhat immortal it is not that good, I can’t keep up with them cause they have either a lot of health or their immortal with a lot of damage, I understand now that tactics could be more effective in Pvp, that’s why I changed my build with chakram with skill of storm and element ice and root on trophy, as for now it’s doing better than my previous build, I ranked up more than before but I think it still not enough to face the champions of the arena.
Oh and I’m doing that now @dickwad the harmony on a permafrost hat but it’s not complete yet so for the meantime I’m using the eternal one.
Ahmm I’d like to thank all of you for all your advice, I greatly appreciated it thanks​:smiley:

For pvp brutal not good, deadly strike is chance by chance, better use exposed since u use cosmic orb on MH.
Or skilled if ur main damage is ricochet

Ok thanks for the idea, ahmm I have another question for ignore resist, does it affect the resists of the players too? Like frozen resist taunt resist and etc. Thanks in advance.

I have battled some players with millions of reduce damage, does double mitigate has to do with that, and there are some times that my damage is smaller than the previous match, when I’m looking in the combat log sometimes the damage reaches thousands and sometimes it’s only hundreds or two digit numbers how possible is that? 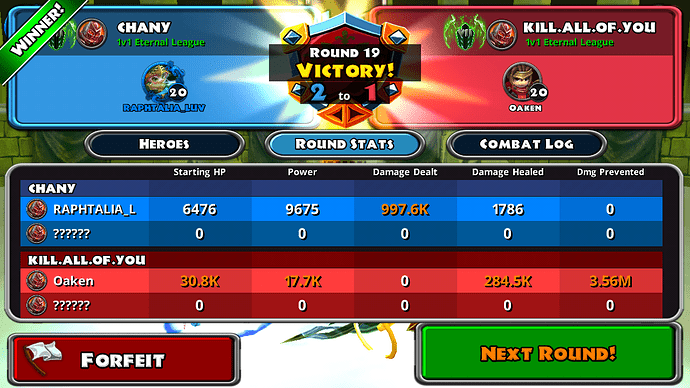 Ignore Resist: this does not work on players in Battle Arena. I believe that if you want to blast through a PVP players Heroes Resistance, you can use Weaken.