Your reference is the PvP cheater reporting thread. Every report is reviewed and if the account reported has cheated then they will be removed from legitimate player arena. Sometimes legitimate players are reported but it’s up to the Developer to make the determination. If the Dev says removed, then cheating was determined and the player is moved to the cheater server. If the player is legitimate, the Dev will say reviewed.

Some forum members try to use the thread to achieve a knee jerk reaction from other players. Spamming that thread out of spite or vengeance typically does not achieve the desired outcome.

Hi need help I’m in into the banned league now I need to bring me back on normal. Sir @tdaniel.

There’s no guarantee you’ll be back but try the steps here: click this

One of the main problem here is that
proving innocence is hard here.
Imagine if you picked up a legit pet(looted fair and square) with perfect affix. Only to get reported if you use that pet on pvp.

Then you get transfered in cheater server.

Thats why i stick to pve mostly and rarely on pvp.
This is just one of the downsides of games playable offline. The dev will surely be busy checking everything on reports.

Imagine if you picked up a legit pet(looted fair and square) with perfect affix. Only to get reported if you use that pet on pvp.

I understand the caution you are taking @moosedeer.
However, the odds of looting an eternal pet with epic affixes that are totally advantageous in PvP are sadly, very very low.

I needed to update my thread with some relevant data regarding eternal pets. I have posted some of the information below in another section of the forum but that information will be lost. Discussion and figures related to obtaining a perfect eternal pet. A perfect eternal pet is a pet that will have all affixes and synergies aligned. In PvP terms; Flat HP, Flat ED, HP%, Vampiric Touch set, Resist OR Armor, and maybe a sprinkle of critical chance. As of 20170315, I have played for 2,429 hours …

Edit: Thanks for the addition @Mr_Scooty. It wasn’t griffin who made the computations, but it was Midlumer and Mr Scooty also made one.

Yes.
What if i wasted 30k - 40k dusting a perfect eternal with obsidian in it. I mean that alone will surely have a high chance of happening.
And if it didnt work.
Ill just redownload the game and repeat the step just to get an item with good stats.

But then again if someone got reported for almost getting a perfect rolls on those eternals.
Whats the point. Possibly, they just quit and lose motivations playing.

What if i wasted 30k - 40k dusting a perfect eternal with obsidian in it.

Well that’s one thing. The same argument does not apply to eternal pets as you were initially arguing for.

Ill just redownload the game and repeat the step just to get an item with good stats.

I discourage this for everyone’s sake.

But then again if someone got reported for almost getting a perfect rolls on those eternals.

I think you are referring to eternal divination used by reported players. Obtaining one perfect roll is hard but it is not impossible. Obtaining two perfect rolls is even harder but I think one player claimed to have done it. The better it gets the more skepticism it also gets.

Well getting an eternal pet and be advantageous in PvP still have it chance. The chance may be low as it seems. Some player probably are already ban because of it, do we got any basis on how to ban player with this cases? or how devs decide on who to ban and who are legit on their eyes?

got any basis on how to ban player with this cases?

There are factors you can look into and even probably more so for a developer but I won’t divulge them myself lest they will also be manipulated in future hacks.

I just hope some cases on player were being reported with less evidence on only to get reported and get transferred to cheating league, i mean come on, someone is clearly provoking others here, the language barrier already is enough for some to not use forum or create an account to forum lol.
Imagine getting deemed as cheater (but not really) and you cant do anything about it.

I mean the game is far from perfect, and i understand that but we can see clearly someone wants to instigate lol

someone is clearly provoking others here,

the language barrier already is enough for some to not use forum or create an account to forum lol.

Pets and items are in most cases NOT what gets an account banned. There are things I can see on my end that clearly show me if a save game has been edited or if the person is using a version of our app that was not downloaded from Google Play, Amazon App store, or Apple app store (those are the only three app stores we support for our release of dungeon quest).

Oh, first Welcome to the forum @D-Generation , like @Mr_Scooty said to the gears unviewable its only natural when u reach eternal league, my question is Why me? I’m on Division 1.,

There so many player on that league… Do you join forum just to report me? really?

all of a sudden new forum acc starting to report nonsence.

Welcome to the forums @D-Generation now let’s talk you’re reporting are unable that is normal if you will be on eternal league.

Reporting without any concerns . Seigehart?? A cheater?? You got the wrong guy . 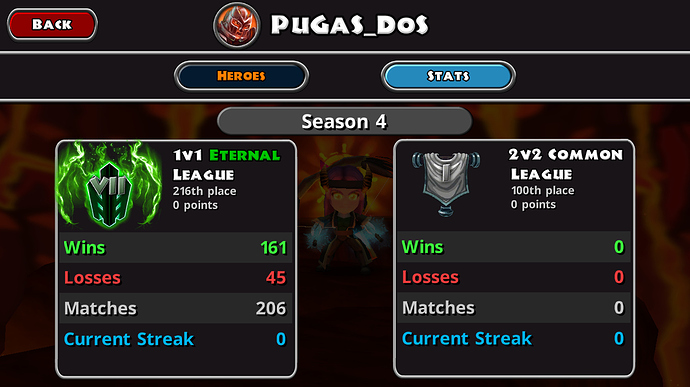 image1334×750 241 KB
new player from division 1. Probably he copy the savefile from hes old banned account to make a new one. not sure but check this one.
← previous page next page →