I have recently joined the EOT (Eternal Order [of] Toons) and feel a little lost.
I have a green frame around my Toons picture.
My blue experience bar is now orange.
I can’t find the 7th Perk.
I converted my Ascending build into a Farming build, but now I can’t use it for my other characters, because I can’t turn it back into an Ascending build, but without gold find, luck, or item drop affixes, it isn’t really a Farming build either.

I have good ideas for new builds, but have to keep digging into the dungeons to get the raw materials to make the builds.

When I shoot comets off screen, the orange Hero bar doesn’t tell me if there are enemies out there waiting, like my friendly blue experience bar did.

Tweaking my Ascension build taught me a lot about crafting my gear, but it made me realize that I still have a lot more to learn about crafting.
I have big ideas for builds, but the gear has a small amount of space.

build. just got to m3 f270 and doing ok so far. Hoping to fill in more empty spaces in my Legendex.
Last, I would like to thank the Dev’s, Mod’s, and players who gave so much help on the Forums, and for making Dungeon Quest so much fun.

you should consider joining us in our haven. lotsa cool chit chat, especially about farming.

Who wants to join my Discord? The name is called DQuesting for the group I created. All you have to do to join is click this invite link that I set to never expire: https://discord.gg/tjR96pw Since you guys asked for it, I created the discord server DQuesting group to hopefully help you guys get better at the game and generally have a good time if you don’t feel like going to forums in some cases. Get to connect with players easier as well. This could be the solution if you don’t like Slack o… 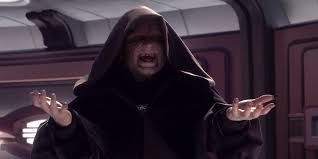 And that’s how you advertise. LoL

well, to help my farming a little, I took out 4 elements Natures and replaced them with 2 Greed and 2 Luck Natures. might switch the 2 Lucks to 2 more Greed, because I think I need gold more than luck at the moment. but I am definitely having fun going deeper into the dungeons and finding new Legends for my Legendex.
and then…wait! what is @CuzegSpiked doing? oh no! my thread has been hi-jacked!

another thing I did was, after taking out my Quest Myth stones, I moved a few affixes around and increased my DPS by about 30%.
ROFL! love the picture.

Edit: No, this Discord group is not a Shadow DQ Forum. We really want to help!

ascending for perks is a good way to learn the basics of Dungeon Quest. the forums are a good way to fine tune anything learned while ascending.
hope you like the edit for the picture.

Nothing beats experience and great companion.

congratz. here is a post from when Perks first came out. it is really cool.

7th ascension ? Interesting theory. I’ve noticed my pets stats are really improving as well as item quality. Maybe that is it ?

I don’t think I have seen a Pets Quality increase, but I think the lower a Pets Quality is, the longer it might take for the affixes to get maxed out. kind of like an item with low Quality taking forever to get the affixes maxed out. I haven’t had very many Pets that I have Crafted, since I Craft them to be used with many different Builds, so this is just a theory of mine.

I was joking around when I wrote this. I worked so hard getting the 6 Perks that I felt like I had to keep going. I was so focused on getting all the Perks that I was kind of surprised that I was done and didn’t have to Ascend for Perks anymore.

Farming, Climbing Floors, Crafting Builds, getting to and keeping First Place in Battle Arena, these parts of Dungeon Quest never stop, but Ascending for Perks stops when you get the 6th Perk. you can Ascend 6 times if you want all 6 Characters to be in the Eternal Order of Toons, but then you really are done with the Ascending Quest!!!

My farming days are nearly done. I’m still finding the last parts for my arena onslaught. (Update) I will concentrate on arena untill DQ2