How to get pets?

Is there any way to get a pet easily? I’m reasonably new (started the game ages ago, got to floor 30 but had to quit because of my life), and have only just realized I have no pet. I am using the Duct Tape guide, and am on floor 20 now. Any tips on how to get one? (a hound would be prefered due to the auto collecting gold)

Kill enslaver at map will guaranted drop pet, but the type is random, read this for farm legend pet. Hope it can help u.

Hi there, I’m playing this game for two months and I find it as one of the best RPG I ever played. But one thing that may annoy some of you is finding a Legendary/Eternal Pet so I made out this guide based on some guide that I had read and with what I observed. This is the trick. First thing to know is on every 200 enslaver that you kill you will 100% sure, the drop will be Legend Pet. You can check the number of enslaver killed at the CODEX. Next is the good news, for 1-199 kill, you can ki…

Enslavers are the only way to get Pets for free, normally, unless the Dev’s give one for a special occasion.

for players who have just loaded Dungeon Quest onto their Device for the first time, I think you get a starting Pet to use. mine was a Hound, but I don’t know if this starting Pet is random or not.

you can buy the Pet of your choice from the shop, but it costs real money, not Gold from the game. I don’t remember the price, as it has been some time since I last looked at the Pets in the Shop.

the Monster Boost guarantees an Enslaver and Cartographer on any Map, in addition to increasing the number of monster you run into. if you bought the Boost, it lasts for 1 hour, and if you got it randomly from completing the Orb Feat or watching an ad, it lasts 5 minutes.

one way players can get Pets fast is to just go to the corners of the map and see if there is an Enslaver and kill it, ignoring any monster in the way. keep doing this until you get the Pet you want.

There is another way but it’s hard. You have to solo farm enslavers… Your build needs huge luck . You want epiphany , eternalised and nadroji set affixes. Then you want the other affixes designed to kill monsters at high floors ( the difficulty level doesn’t matters unless you want Merlins Imp). I got most of my pets with 1012 luck but solo play. Always solo. Unless of course you are ready to finish the mythic enslaver pet then you use a hireling on floor four hundred as easy level as you can You do not want to mess up the mythic enslaver eternal pet drop by being unable to kill the enslaver. Hope that helps. Epiphany raises caps on stats. Including luck. Generally an hireling reduces luck.

When a legend pet drop is coming. Do it solo with your luckiest build. You may drop an eternal or a guaranteed legend. All pets level up if you play with them in gameplay. Eternal pets are not fixed like eternal items . With love and attention they grow. 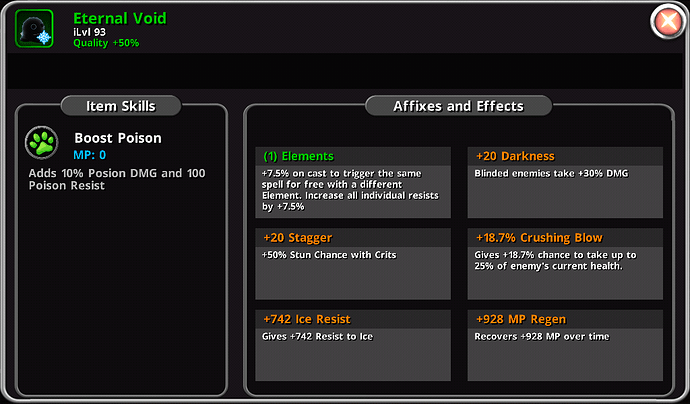 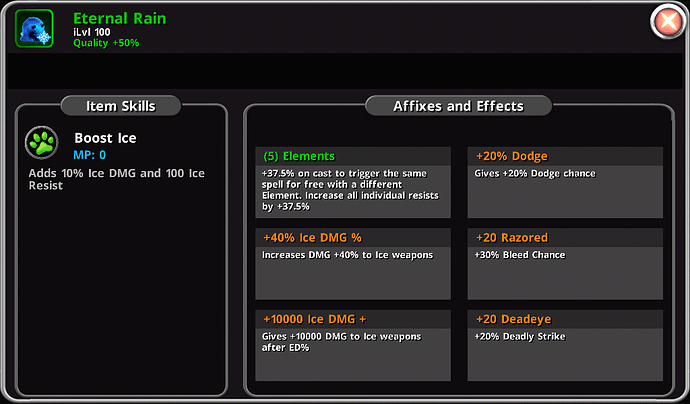 haha, so enthusiastic, @dickwad. I think right now @DemonicPolaris94 is just looking for a regular Hound as he starts his Dungeon Quest Adventures. but your advice is good for later when he starts looking for Legend & Eternal Pets for Campaign and Arena.

Hounds: they Fetch any Gold nearby on the ground, and can find any buried Gold. it is possible for them to find and dig up Gold, and leave it behind if you are on another part of the map. I have seen this happen with my own Hounds when I clear a map fast and then go back to get the loot.

Fairy: when your HP gets down to 50%, they cast a Wish/Heal that works just like using a Potion, but it has a 5 second cool down.

Imp: pick up any items you don’t pick up based on your Item Pick Up setting in Options. if you have it set on Rare, the Imp will pick up all Normal and Magic items. for every 5 Normal items, it will drop a Magic item, and for every 5 Magic items, it will drop a Rare item. there is a chance that it will drop better items of a higher Tier than your settings, even Legend or Eternal. if you have the setting on Legend, then 5 Rare for 1 Epic, and 5 Epic for a Legend. for some reason, when converting these items, sometimes there is left over magic that the Imp uses to drop Gold and/or Orbs.

Slimes: +10% Element DMG (Ice, Fire, Poison, Shock, Arcane) and +100 Resist to the same Element. this Boost doesn’t change when you change the Element of the Pet. so if you changed a Poison Slime to Frost, the it will still be Boost Poison, but any affixes that affect Elements would be Ice, like +5,000 Ice DMG.

He needs just a good build that will see him to floors where he can drop generalised and nadroji (This one is easy). The former is harder.

Basic luck will get you eternal @Golem.

But as for pets … Not a chance.

@DemonicPolaris94 To start with try to get 40 points in hero skill fortune using items. Hero points into strength dexterity and intelligence. Start there.

@dickwad your eternal rain if freaking good, you got a nice pet

I dont really have a lucky build yet, right now im quite new

right now, since you are just starting @DemonicPolaris94, just get to know the game by playing, that’s what most of us do. I played for quite awhile before I found the Forums, and my play got better as I learned more from the posts I read and got practical experience fighting in the Dungeons.

right now, just learning what the affixes are and how to use Crystals is good enough. after you learn a little more, you can start making your own Items with affixes you want to use. eventually, you learn enough to make Amazing Equipment that new players want to copy and make old players jealous that they didn’t think of that cool idea first.

Edit: as your game improves, one of the cool things that happens is that you finish the maps faster, so it feels like you get Enslavers more often which means Pets more often. I am not sure if it is true or not, but I feel like I get more Enslavers on Challenge Maps than I do on the Campaign maps. anyone know more about this?

thanks, I now have a hound, which is what i was after anyway. I don’t know why i didn’t get one at the start, but you know xD. And as for crystals, I’m just saving them up right now, as it says in the build. I had actually played a while ago, however since I’ve came back i haven’t really had any idea what to do, hence why I’m following the build.

the reason you didn’t get a new hound was because you got it when you first played DQ back in the day. I didn’t know much about Pets when I first started, and now I have lots of fun crafting the Legend ones I find. I have a couple of maxed out Epic Hounds and a Fairy. it took so much effort to make them the nice Pets that they are that I still use them.