How To Use Arcanist + Ascendent Effectively

I’ve noticed a lot of people are getting confused or get disappointed for not being able to achieve the damage output compared to recent guides using Arcanist + Ascendent Sets that can reach up to 100+ Mil damage. With that in mind, im putting up this guide to help players understand how it works.

Things you need to know:

-Arcanist Set doesn’t work WITHOUT Ascendent Set
-Arcane Debuff disappears when the mob affected with dies
-Arcane Debuff only lasts about 5-6 seconds per enemy unless you reapply the effect
-Your weapon can be of any elements, you are not limited to using arcane element
-Arcane debuff is applied on Critical Strike. If you have low crit chance means less chance to increase your damage from debuff

I’ve followed everything but my damage in Stat Page is still just a few Million??

Here’s why…In real gameplay you attack the Mobs and they die. Unless you intentionally
not attack them to stack arcane debuff you wont see the high damage you’re looking for 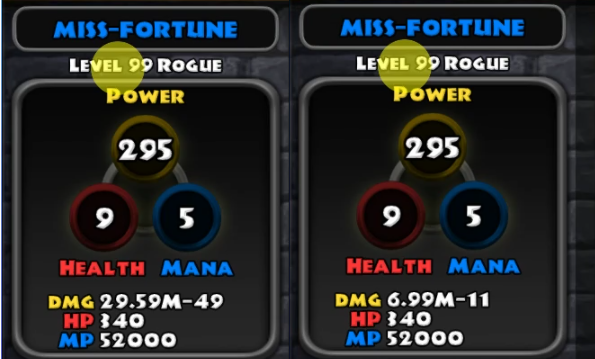 That sucks!!! Is there a workaround?? Hell yeah.

USE YOUR MAIN CHARACTER TO APPLY ARCANE DEBUFF FOR YOUR HIRELING

Watch this video to get a better understanding

@0:01 - 1:00
-I’m showing you the damage gained from stacking arcane debuff using my Farming + Debuffer Warrior as I intentionally set my rouge not to attack.

@1:56
-i’ll go to 1865 M3 map to show you how to stack arcane debuff using your main character.
You have to run ahead to apply the debuff to as many mobs as possible before you hireling starts killing them. By the time you get to Carto you’ll have enough damage from debuff and from the help of explosion from frozen, poison cloud and Aoe damage from Procs. Kill Carto in a few seconds.

For more details and explanation of my hireling build go here

This guide incorporates new sets introduced in DQ version 2.3 with some of the best set affixes. This build doesn’t focus on high damage. So, if that’s what you are looking for, go read other guides. The whole idea behind this build is to take advantage of arcanist + ascendent while using other elements and affixes for AoE damage. ARCANIST IS SO AWESOME!! BUT THAT DOESNT MEAN YOU CANT USE OTHER SETS FOR OTHER ELEMENT! THAT’S RIGHT, WE’LL USE ICE FOR FROZEN + PLAGUED AND POP THOSE MOBS WITH MAY…

Hope that helps. Again, high damage build isnt always the best. Hope this will help you
create your own builds.

Thanks for your detail explanation

elements set are frozen, plagued etc? so arcane debuff won’t apply to mobs unless you have ascendent or element set? 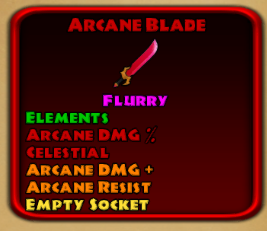 Easiest way to incorporate Elements would be through a slime pet, imo.

what does elements do? can’t find it in the dictionary

It works just like the Ascendent set. By definition it states “+7.5% on cast to trigger the same spell for free with a different element. Increase all individual resists by +7.5%”

Elements set should not affect Arcanist. Ascendant should be the ONLY mandatory set as it increases the duration of the Arcane Debuff from 0s to 5s.