One word springs to mind … “Shit”

At least I won the first round

I’m new to it. Only picked this game up about a year ago, and totally neglected PVP because I thought it was full of cheaters. But now I’ve grown tired of floor climbing and wanted a new challenge. There’s a lot to learn in PVP! 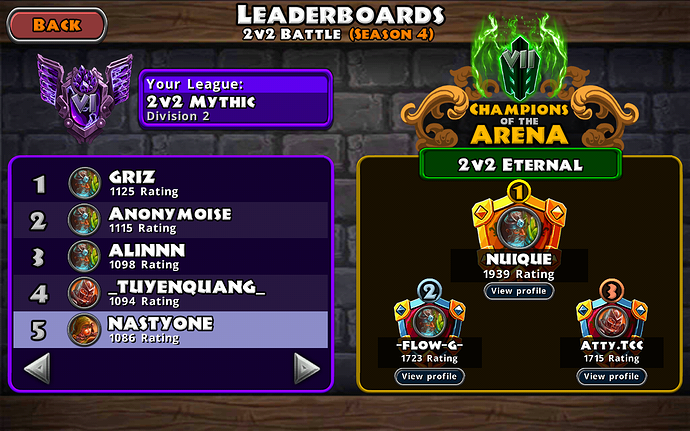 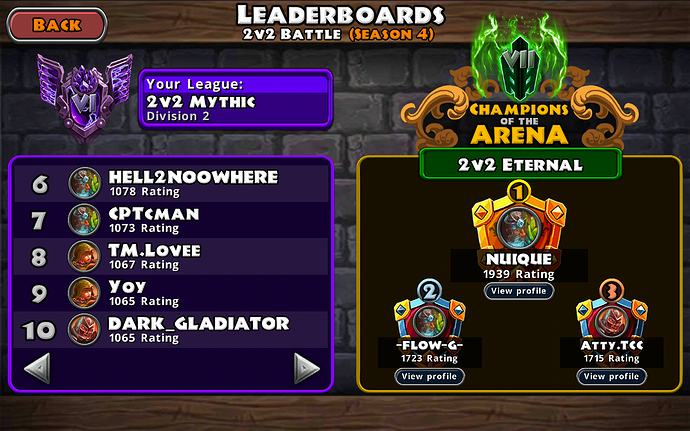 There are lots of cheaters in 2v2 league because no one plays it for that very reason and cheaters don’t get reported. If you cheat in 1v1 then your ass is going to be reported. It’s a cleaner league but very hard because the players are very good.

I’ve made it to the bottom of Eternal league 1v1, but am currently unable to progress any further. Spending a ton of time here reading posts from yourself, Golem and Mr. Scooty. Working on an Excel spreadsheet in order to plan builds. I realize that this game may be “dead” but there are still those 3-5 division 1 AIs to be challenged

Check out my friend @NUIQUE s builds too @CPTcman. She is the top of the leagues. Even had the sheer audacity to make a pistoleer summoner 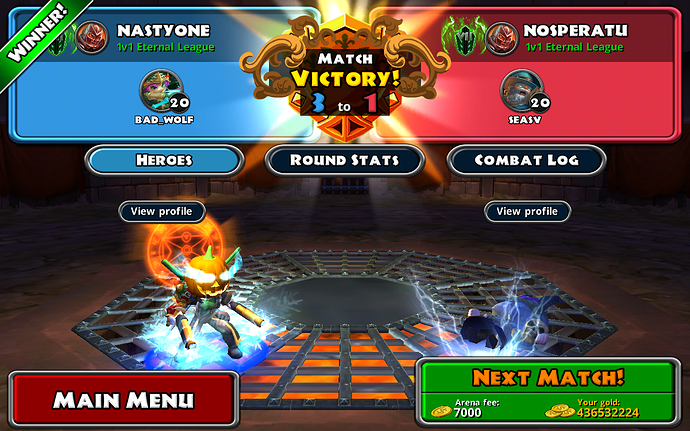 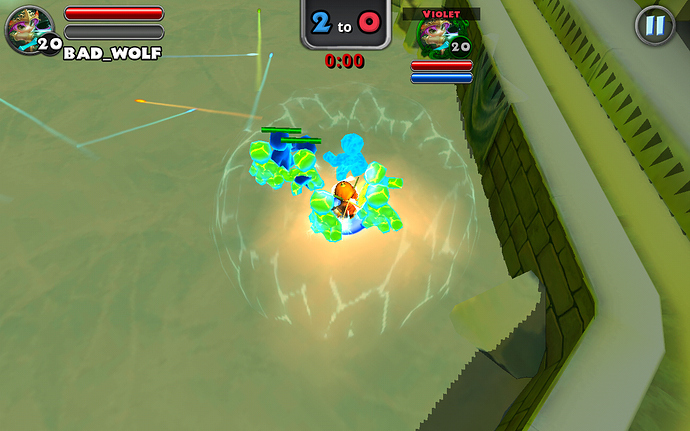 Does no one really play this anymore?

Looked over Nuique’s builds, and all I can say is wow. I don’t want to copy anything, but it does give a person some ideas.

Does anyone use (successfully) crushing flames in arena? Or does the crushing blow nerf make it kind of pointless?

Also, why does everyone use shock?

Question one. I don’t think many players play it at the moment. Some months ago the devs asked a few of us to come up with updates to enhance DQ to bridge the wait for DQ2. In other words, to maintain player interest. So ideas where submitted and acknowledged. Nothing has happened yet. So presumably some players have suspended playing until the update while other players have read the silence as an abandoned game as well as the sequel and have just given up. Question two. There are a few crushing flames about in arena but tend to be poor against high regen or high critical builds. Question three. I suppose people used shock because of the stun elemental critical which is nice as is the ice based freeze critical. But the electrified set bonus causes more damage to stunned enemies and so people went all lightning element gear. Not only for the stun bonus but also the lightning resists you get from having a lightning based character. When in Rome, do as Romans do.

@CPTcman me and @NUIQUE have taken inspiration of each other and I have been inspired by @Mr_Scooty and @CuzegSpiked and @Golem etc. But like you I don’t want to copy. I like to make hybrids. Merge all their ideas into something different and individual to me.

players use shock because Shock Debuff stacks up to 4 times, each doing +12.5% DMG and lasting 5 seconds, I think, so +50% DMG. there are some Rogue Legend Items that can get you up to 8 stacks, and one of the items has a Set Bonus that gives an extra Shock Debuff Stack, so you could get up to 9 stacks, or +112.5% DMG. and that is without even using Elemental Critical.

Crushing Flames has the same problem in PVP as in PVE, requires Fire Element and Immolate with Crushing Blow. just as important to know, after about 5 Elemental Critical Hits, the target becomes immune to them, so only Crushing Blow without Crushing Flames is doing DMG, which is lower, and of course, since Crushing Blow & Flames do less DMG as the targets HP/Health goes down, if they have good Healing, they might survive if your attack doesn’t kill right away.

I have used Crushing Flames in PVP, but not recently. one good thing about Crushing Flames & Crushing Blow, is they are good against Characters with lots of HP and ignore any Armor & Resistance, it’s just that as the Characters HP goes down, CF & CB become less effective. 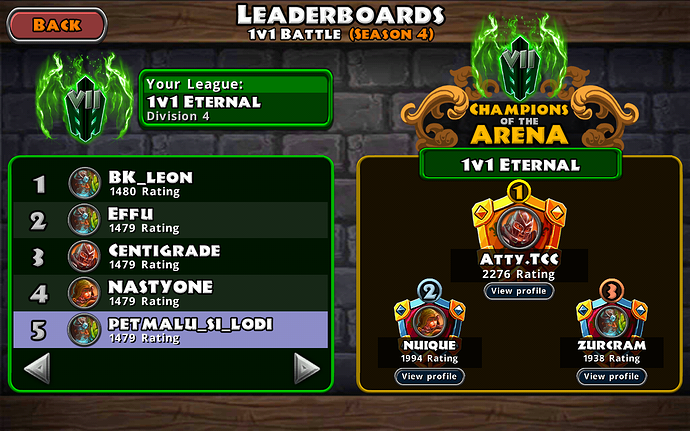 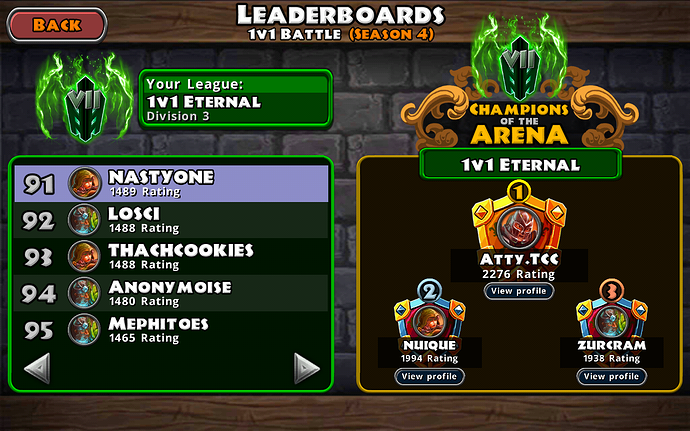 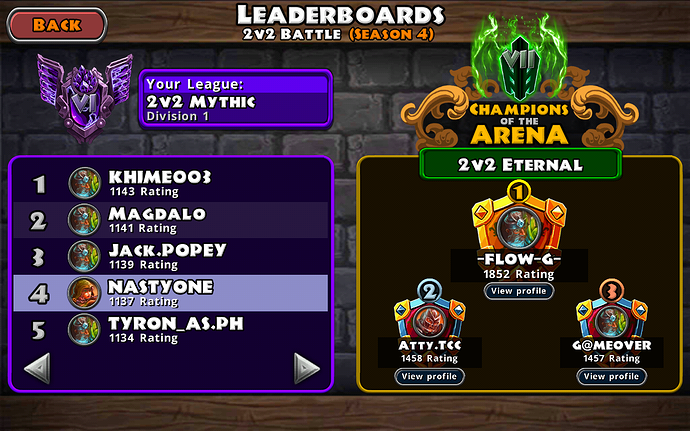 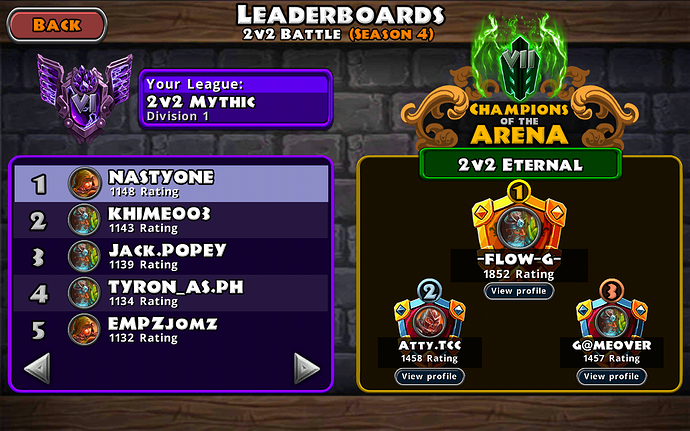 I see that @CPTcman has caught up with me in league tables. 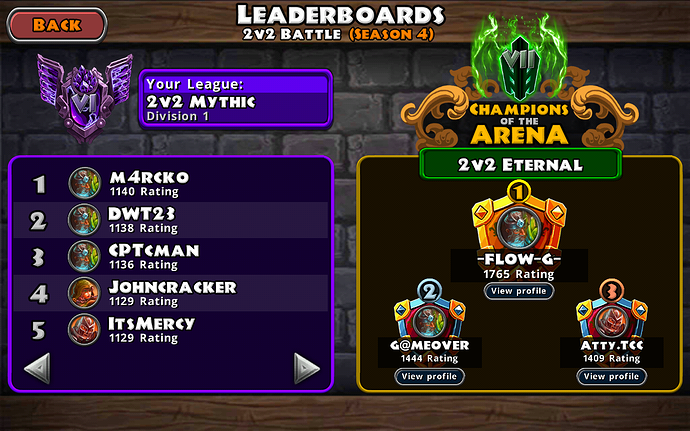 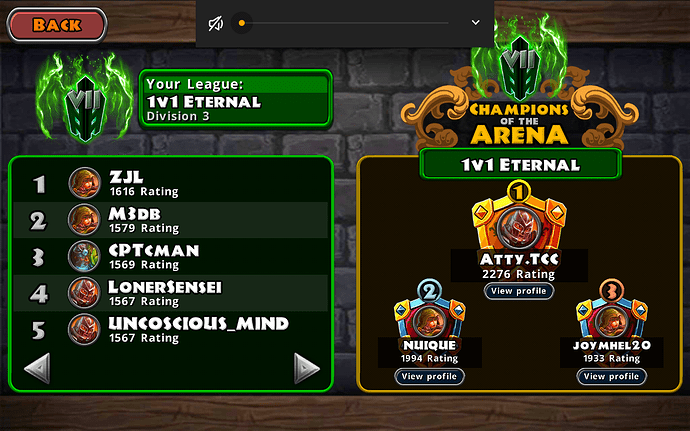 I’m currently rebuilding everything to try and deal with the toons I can’t get past, mainly the ricochet campers. I’ve avoided the Rogue class so far, but it seems like she’s the way to go to counter other Rogues as well as barrage campers. This whole building from scratch thing costs a ton if resources, so thanks for the tips

a good tip in this situation is a better Farm Build to get the resources quicker for the building from the ground up your next PVP Build.