I guess it may work (even better) with other classes as well… of course the build does fall off after floor 1250+, for enemies deal too much damage to handle. The main source of resistance is the combination MP absorb + Equivalence + Harmony: every time one gets damaged, the amount of healing is a lot more than the damage taken so that you either get one-shot or stay full HP all the time. It still needs improvements but right now there is:

The build is mostly for fun but still very effective and easy to play (not much can kill you before floor 1250).

Suggestions in line with the main idea are welcome. 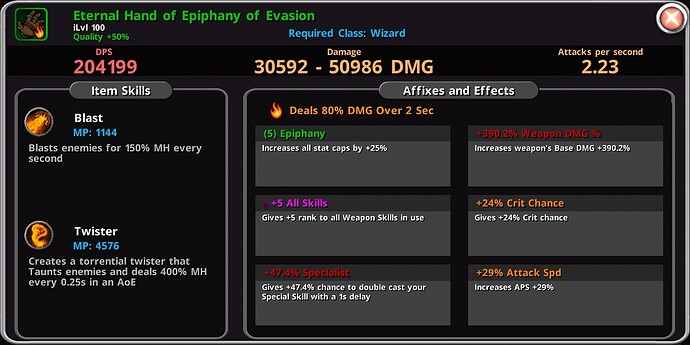 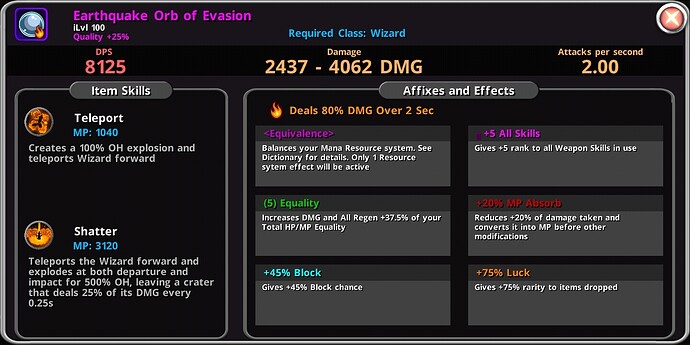 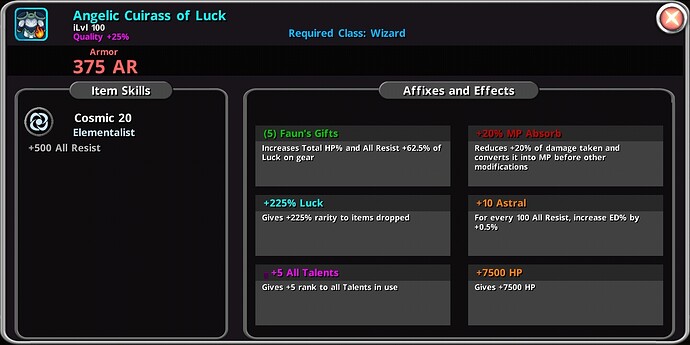 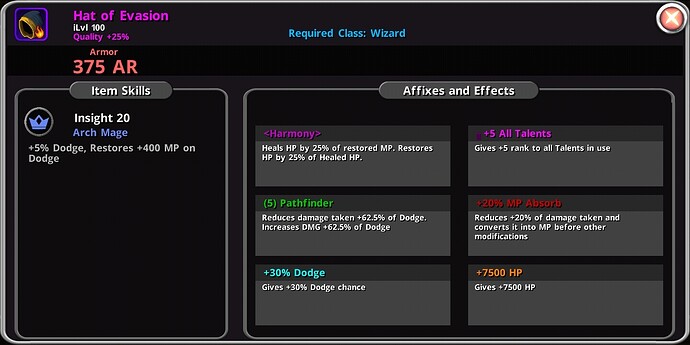 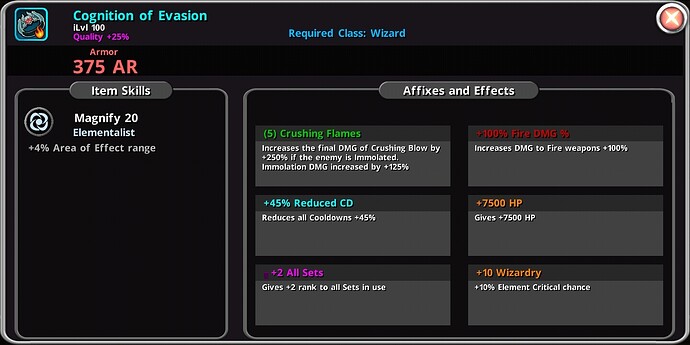 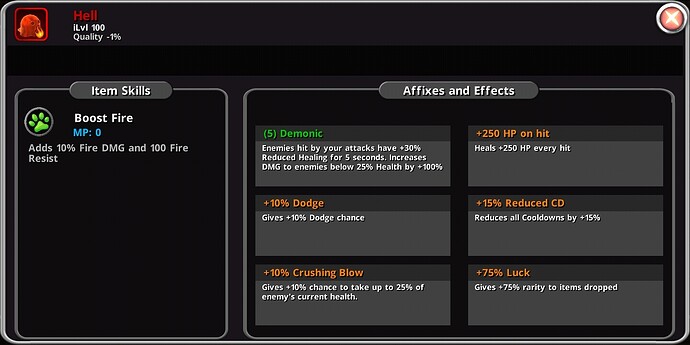 if you want to use Bracer OH for Manashield, you only need All Resist & a few Epic +400% Elemental Resist, with Unity Mythic, Infusion & Barrier Talents, and any Sets that increase All Resist or Elemental Resists (Faun’s Gifts, Spell Sword, Cerebral Vortex, Elements Sets… maybe a few more?).

Mr_Scooty’s Build was made for PVP, but the All Resist is still viable for a PVE Manashield Build. and he didn’t even have his All Resist maxed out.

At the moment there is no deadly strike in the build.

Manashield could be useful but I’m going for the teleport utility at the moment. Also, there is no (neither after Jasper) bracer available with MP Absorb, as I can see.

@Golem btw if you have only elemental resistances you are vulnerable to physical damage (Ogres), that would be a bad thing after using so many affixes for boosting All Resists and Infusion. I’m not sure that it would work that great.

I feel your pain. I have had to rework a few Builds because of Legend & Set Affixes that can’t be rolled with Crystals.

on top of that, there is never enough space on my Builds for all the affixes I need to put on them to make them so awesome!

as far as I know, all monster attacks do one of the 4 Elements damage (not Arcane). or certain monsters do the Map Element Damage, Fury’s can sometimes do random Elements, and I think worms always do Shock no matter which map. could be Ogres do Arcane damage, so Unity Mythic and all Items the same Element would make you equal Element Resist to all 5 Element.

now I need to check what kind of damage Ogres do later when I get on DQ.

I’ve tested the build until floor 1225, and as predicted it starts falling off because some effects are able to one-shot, which changes an “immortal” build into something a lot more fragile. Until now, most things (Skyfall, Normal attacks from enemies up to Epic, etc.) are completely harmless because they get instantly healed.
Of course it’s possible to improve it a lot and make it go up some more levels, but I guess the main idea is that at some point the build stops being effective because of the enemy damage. I doubt it can work past floor 2000 in any case.
I keep it as a good secondary build for farming Legend maps on floor 1001.

when you look at the Damage reduction formulas for Armor & All Resist, they are affected by floor level, so they become less effective on higher floor. that is when you switch to Dodge, Block, Sanctuary, Talents that cause enemies to miss, Perma Dodge build for Rogue, +100% Block for Warrior, lots of movement of any kind to get out of the way of attacks, crowd control effects.