This build was created by @Athena and the only thing I changed was Vial + Vanish -> Bomb + Enigma.

Feel free to suggest any changes. I was not satisfied with MH special Throwsword since I couldn’t hit enemy because I’m constantly teleporting. Once i get Eternal pet with flat ED+ or flat HP+ I might make it to top 3. 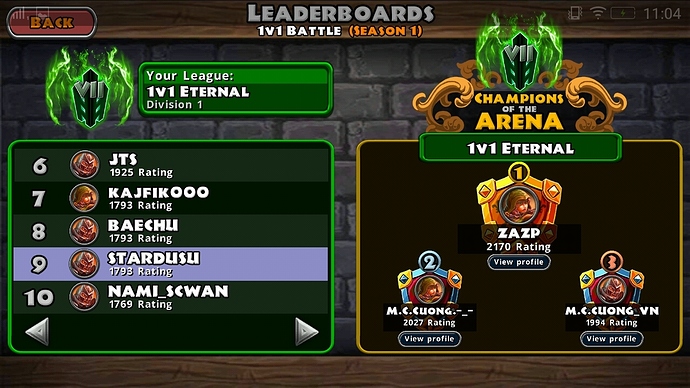 I created this post also because some players asked me to do so:

i think that man who made ur build uses vial to make use of that crit dmg 255, but since u removed it that affix is useless now i think.

TY for the reply! I battled her a couple days ago & studied the stats, just wasn’t sure if Carolin was your Athena-based build. She puts up a good fight. Great job!

@kajfik nice to see that build

No problem to bomb(OH) / enigma
because vial is for coat weapon only. Coat first before you hit …
Since you want to use bomb its better to have atleast 2× 25% coat proc for 100% crit and elem crit chance

For MH special. Twister if you dont like throw sword

@kajfik
bomb(Vault) - very usefull for dodging vortex and take forwarding( no problem)
Enigma- very powerfull skill in pvp but take note this
Vanish- 10% stealth proc.( remove dots ) most of the players use bleed . And 40% perseverance without vanish or stealth proc is “not” enough to battle bleed type enemy. your not totaly tanky because your a rouge, dmg type rouge . I suggest to use vanish than enigma
Since you want to use bomb
Change this
Deadlyarts- periphery
deadly strike - 75% HP
Then use a pet with crit chance

@Athena Thank you very much! Because of you I am now in top3

Once again thank you very much.

back to enigma for skill dmg
then add stealth proc for removing debuff ??

i have a build like this , and im farming to my new account .a main rouge now.

Btw congats for reaching the top

Use nature of haste instead luck

Thank you for suggestions, I will definitely try them out. I also experiment with the element and tried changing ED+ to second Coat Proc.

I dont have time for hiking floors 700+ since it only gets harder but does not provide any boosts, so I just farm with Flash Fortune build on floors 600+.

Just stick to 6-7× 5000ED and 2×5000WD
Add 2×PTL
Thats enough dmg for your build.
Change some HP to coat then find a pet with crit chance
and change perseverance to stealth proc 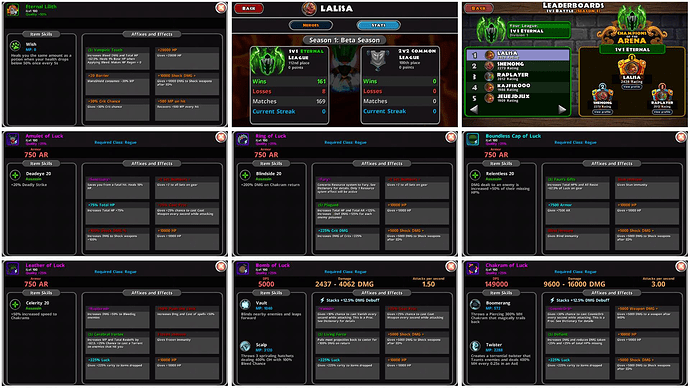 i wanna thank both of you @Athena and @kajfik000 for this build. one of the best builds for rogue that i have seen so far and it really suits my gameplay. brought me to rank 1 of eternal league. i might try to tweak and improve it somemore.

I give full credit to @Athena, because she came up with this build and I only experimented with some details.

(Too bad you can win against anybody and being on the top is just about who plays arena more.)

@kajfik000 it’s because new players focus on reaching top 1 rather than creating a build that suits AI playstyle to defend your rank. Damn I miss playing against @Emman’s rogue

Is it possible to create AI that would have a chance of winning? I mean, your AI @f00kee is pretty good, but without Sanctuary it’s pretty squishy.

it would still be squishy even with sanctuary. everyone’s squishy in the arena nowadays.

Yes, perfect example were Emman’s Lock On, clogon’s Timemage and Refia’s Rattletrap . These guys were not even playing in arena but because their AI’s were so good playing against real players they sit at top spots. Emman uses warrior when playing but he switches his rogue when he logs off. Very clever.

Emman’s rogue was the most annoying because when you think you’ve already won and it only has less than 10% HP it will stealth and goes full HP again and that happens about 3 times during a match.