New players ask your question and you will get replies 😎

Oh stop it. Believe it or not I am still learning too. 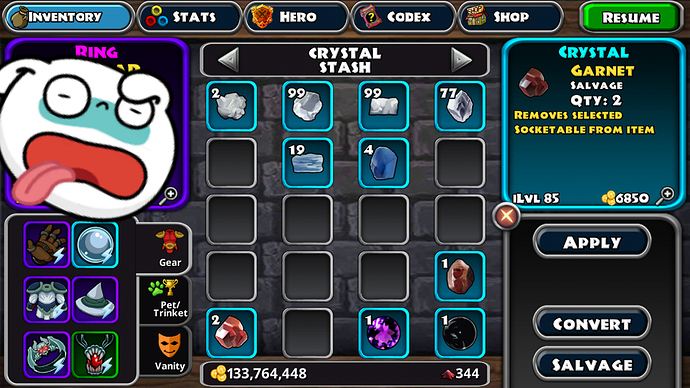 Lol @NUIQUE you are a very good game player . That deserves respect

Respect goes back to all of you.

Okay. What skills are you going to use on your wizard ?

This is as far as I will answer your question: 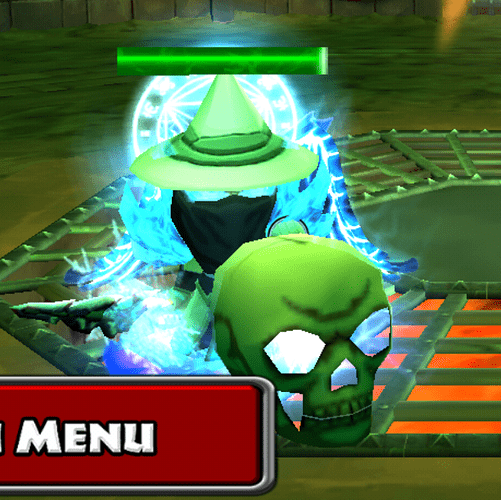 Once your enemy casts skulldraga you can avoid if. But then you know the enemy is pretty weak against direct attacks

Found Pets: one thing all Pets have in common is they give you 6 more slots for affixes. second is their Skills. Hounds are good for Farm Builds because they can find buried Gold. Fairy’s give a Heal when your Health drops below 50%, like an automatic Potion. Imps convert lower Tier items into higher Tier items, at a 5:1 ratio. Slimes give a +10% ED for one Element and +100 Element Resist for the same Element.

not everyone needs a Pet with a Set Affix, so there are some Builds with Epic Pets. maybe just keep 1 type of each Pet for future use, save the Legend Pets if you think you might be able to use them later, and sell any you don’t really need.

Difficulty Level & Floor: if you look at the Difficulty Levels, higher difficulty levels give boosts to Experience, Gold Find, & Luck, but monsters also get boosts to DMG & Health. so just play on the Difficulty that doesn’t cause you tons of frustration. when killing monsters gets easy, then go to a higher Difficulty. Crystals & Myth Stones have minimum floors where they can be found. Legend items have minimum floors, difficulty levels, Element Maps, Epic+ monster minimums to be found. when gaining experience, experience from monsters stops going up at floor 100.

Farm Builds can be used on any difficulty level and usually only need to be able to kill monsters as fast as possible up to floor 500-510. this is because MS & CS are easier to Farm their Ultra Rares. floor 400-410 if you are farming for Legend/Eternal Pets, just look at the Pet Feats. some Legend items are only found on floors up to 1000.

Climbing Builds: these Builds are for seeing how high a floor you can get to. Defense & Offense affixes only. anything for Farming is only going to get in the way. some players have Farm Builds that can get to higher floors, but Climbing Builds will always be able to go farther. for floors 1000 and lots higher!

Ascending Builds: these are Builds that are for getting Experience to get Perks. since experience from monsters stops going up at floor 100, going to higher floors just slows you down. unless you are looking for a certain item on a higher floor for your Ascending Build, just kill monsters around floors 100-110.

Heroic Points: in the Early Game, putting Points into Fortune, Intelligence, & Strength is best, and maybe Dexterity, because you wont have that many Points to use, and these help with survival and loot when you need it most. when you have more Points later, you can start putting some in the Skills you are using on your Weapons.

in my early days, I did the spread it around option, but I now realize that you don’t really need to put points in Weapon Skills, because you are still learning the game, and putting the points in the Utility Skills helps with getting better loot and survival.

DoT for Poison & Fire (and Bleed): from what I have read, the DoT from the hit that does the highest DMG is used. also, the DoT from Fire & Poison & Bleed Stack. so only the highest DoT is used, but you can have Fire, Poison, & Bleed DoT at the same time.

Crafting Pets: it costs 5 Crystals to Craft a Pet. if it takes you 5 attempts to change your Pets Element from Poison to Fire, it will cost you 25 Calcite. if you have lots of time & patience, you can use @dickwad method. if not, you just throw Crystals at your Pet until you have the affixes you want or you run out of Crystals.

Thanks for the comprehensive answer.

The long awaited (for me, at least) guide to many things Dungeon Quest has now arrived! You can obtain this guide in many colors, including: Black. Phone, game, and batteries sold separately Greetings, and welcome to SHTT**, the thread meant for all (many) of your Dungeon Quest-related questions and ponderings. ** I originally wanted to switch tips with important. Think about it. To kick things off, I will begin with… LEVELING TIPS There are multiple factors that are integral to the game. …

Somewhere was written for stat points/you spend in LVL up:
For rogue: power Inc dodge
For warrior: life/health increase armor
For wizard: mana increase all res
Is that "still " true? I tried in-game and didn’t notice a difference…

yes, that is still true about the Stat Points for the different Classes.

for the experience grind, floor 100-110 is best. the reason they say to grind 181-200 is because some of the items you get on those floors can help with improving your Ascending Build, and more Gold & better Loot is dropped. if your Ascending Build can slice through monsters on these floors, then go for it, but if not, just stay on those lower floors until your Build can be improved enough to go to those higher floors. just remember that the experience from monsters on floors 181-200 is the same as the monsters on floor 100.

For now im staying in 100-110 and sometimes almost 2pages of storage are full of legend and eternal items looted for salvage and convert for rare crystals.

I’m on divission2 top2 Let’s begin again on the top.

Good. My wizard is waiting.

•Hi all guide leader
Spacialy with you
@dickwad
@Golem
@HawkEye
@NUIQUE
@kiane_zaine
And to @Mr_Scooty and @tdaniel
Hello! Everyone.