So this is pretty much a copy of other builds.
I also placed some of my knowledge on it. 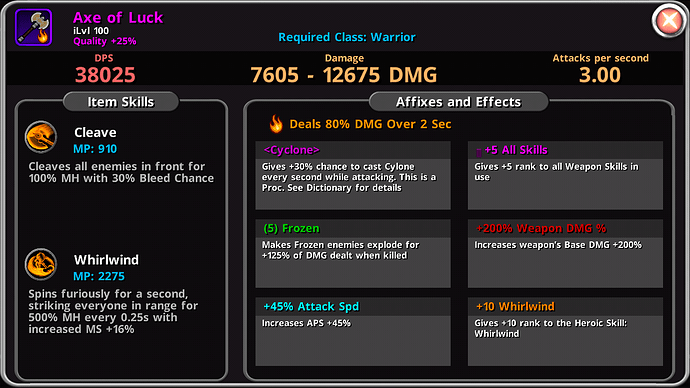 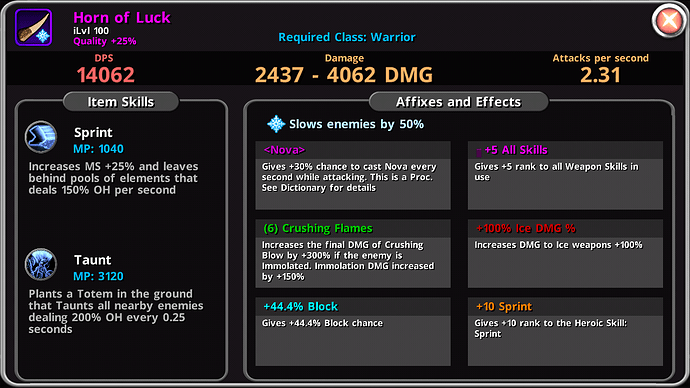 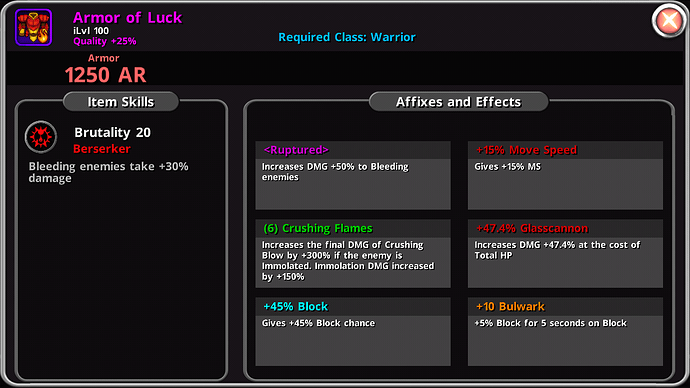 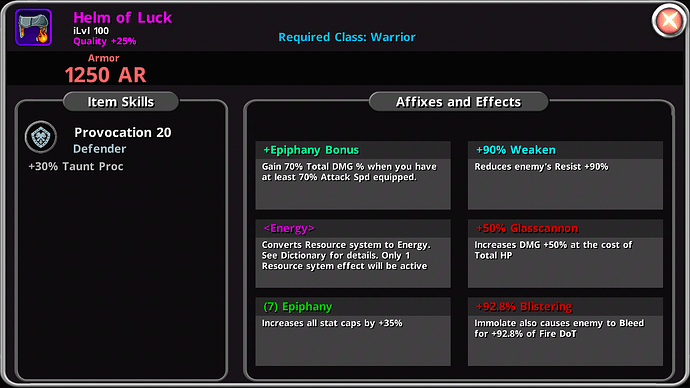 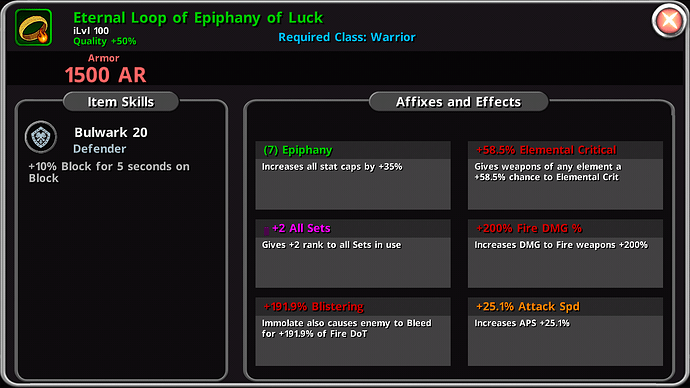 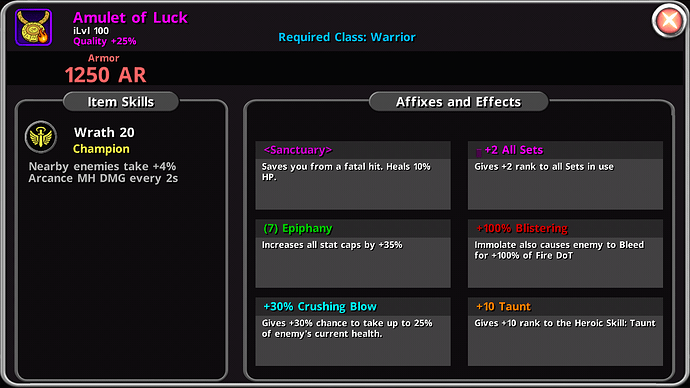 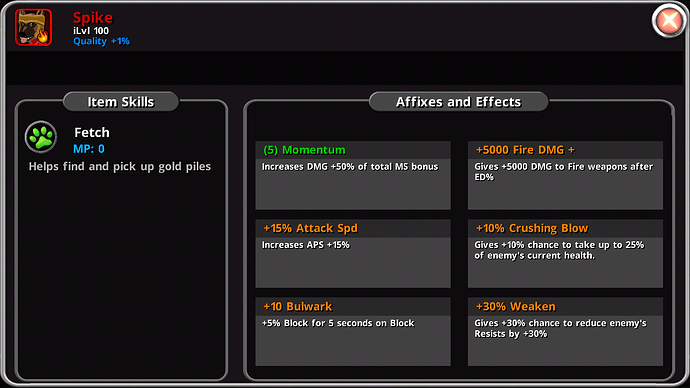 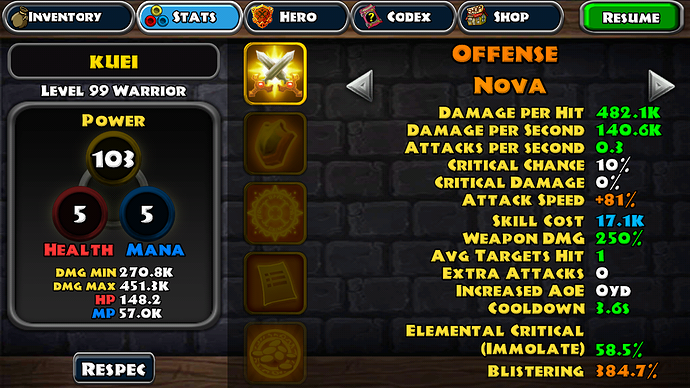 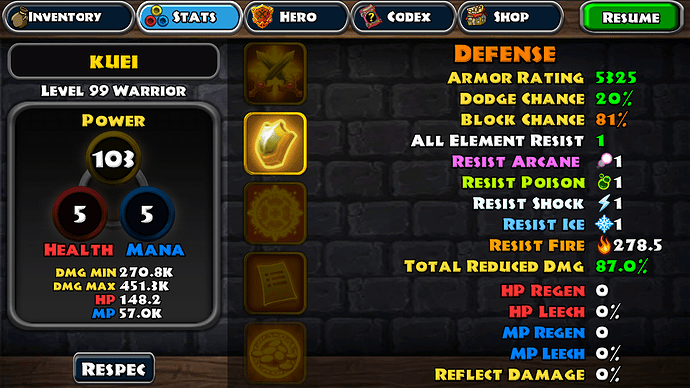 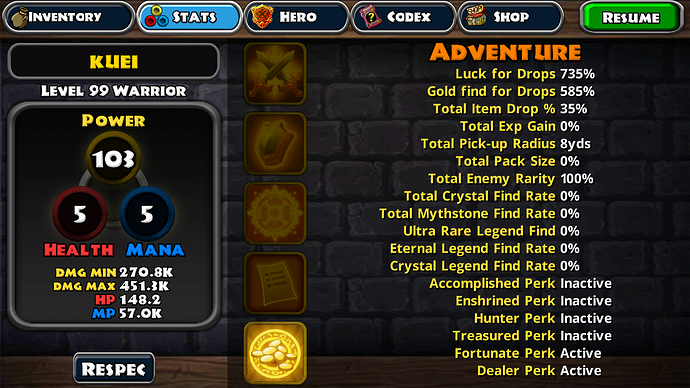 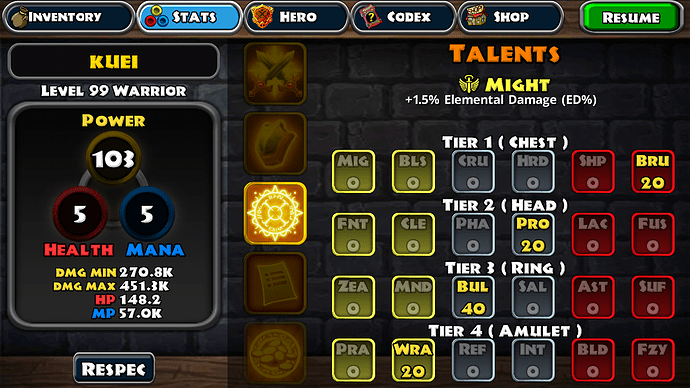 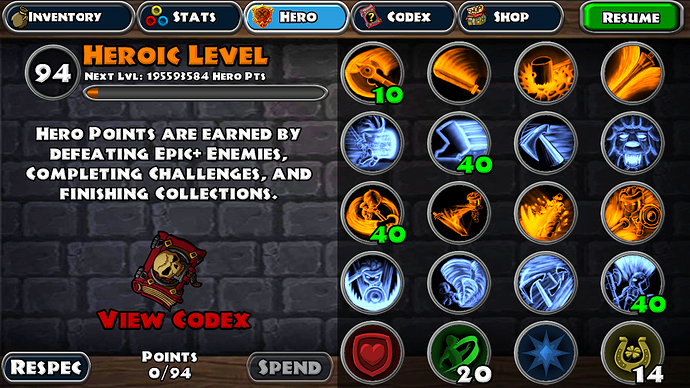 So i decided to make this build to guide those solo players that have been playing a while and keeps dying when climbing floors.

I think i saw a 100% block build in here also which was pretty awesome. But i think it wouldn’t go very far on very high floors like up to floor 6000+

This build however can most certainly reach that very high floor.

Theres also a guy in YouTube that has this build but is not very detailed, i wanted to guide some players on creating this wonderful build provided with photos and descriptions.

Ill elaborate what those colors indicate when you deal damage to an enemy:

REMEMBER: FROZEN, CRUSHING FLAMES AND EPIPHANY ARE THE HEART OF THE BUILD AND MUST NOT BE REPLACED

Ignore Resist vs. Weaken & Effective Guide by Mid (as of Patch 2.5) Guides

Ok guys, after a lot of inconclusive research about Ignore Resist, Weaken and Effective and how they play together/which is best, I decided to do the actual test to see which is which. So I purged my Rogue from every complicated damage sources (basically used empty items), added Effective on a ring, used a second empty ring and did the same with Weaken and Ignore Resist. [image] [image] [image] Then I went to Floor 2, put them on each after the other etc. and looked at the damage I dealt.…


But to summarize it. WEAKEN IS BETTER THAN IGNORE RESIST.

Aaaannnnddd the most important crystal affix:

NOW THE LEGEND AFFIXES THAT CAN BE CRAFTED

LEGEND AFFIXES THAT CAN ONLY BE FOUND IN CERTAIN ITEMS

In this build all you need to do is gather a mob of monsters taunt once and spin once. And that’s it you should be able to kill the carto. Easy right? XD

The frozen explosions will kill them all hahahah boii i love frozen now!

Anyways thanks for taking the time and looking at this build i will provide a video soon heheheh peace out!

Great. I would love to post my edited fortune bringer farm build for 3.0 and I want to make a rogue farm build that is unique. I looked up Blinkstrike build with smoke bomb and I found it in forums, though I already had an idea of how to make.

You don’t need 100% elemental crit. Although I guess it works with Epiphany cap Increase but 40% or more is more than enough let alone 30% imo. Just me though. Just a heads up if saving slots.

Yup that is a legitimate 100%+ block build! That YouTuber was apparently a cheat btw but your version is legit and greatly thought out imo. I don’t know if that’s true but it could be.

You’ll be out to replace me when I eventually leave (I wonder when that will happen?). I would love that for sure.

Thank you for the advice. Was also thinking that i even want to go up to 500 elem crit lmao but i guess thats enough xD

Sure. I would gladly teach. Just making sure the community like to learn and not just copy pasta and leave without improving the build or themselves in any point.

Gotta have competition, it keeps fun. Also great for innovation and unique builds.

Ahahah u the best man!

The only thing on your build that bothers me is the fact you traded something like crit chance/dmg for epiphany bonus. My calcs here led me a difference of 32% less damage, but it’s supposing you don’t use cleave for causing damage.

Yeah hahahab ive mentioned that i didn’t really need that Epiphany bonus but i like to make it simpler Right now because i ran out of crystals hahaha ill surely consider your suggestions in the future thaks!

God i hope not lol

Lol. I mean bulwark is very good but I don’t think it would need to be nerfed . Even if it did, you’d still have a really high chance of survival because of other factors. Would suck that you’d no longer be able to basically 100% block in patch 3.x but I don’t even know if a new patch will happen yet. The new game sounds something to be excited about as well as another patch.

It is expensive as any other 100% evasion build, so prob doesn’t deserve a nerf.

Even if it did get nerfed, 81% block and 75% dodge is still OP as a defense, then having smoke bombs that you can control and/or stealth. If wouldn’t be 100% but very close.

This idea wasn’t new tbh. I heard of this idea ever since I first played but I haven’t seen anybody actually do this until now. I even thought about it on an occasion but I was too busy on other builds.

I agree i saw this 100% block here in the forums too i even saved the photo here: i think this build was created a while back before i was playing…