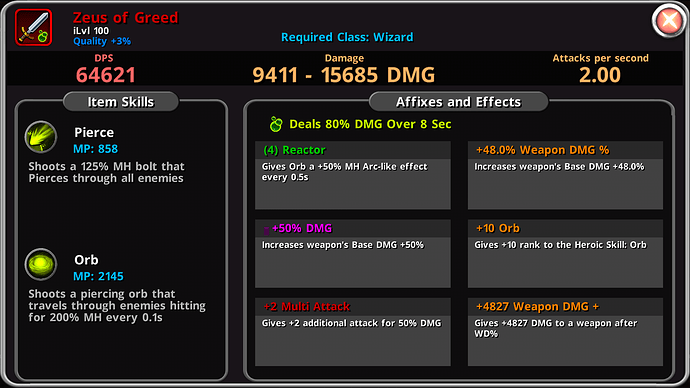 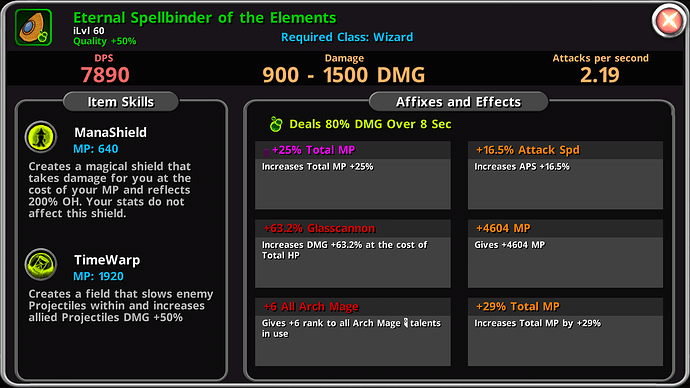 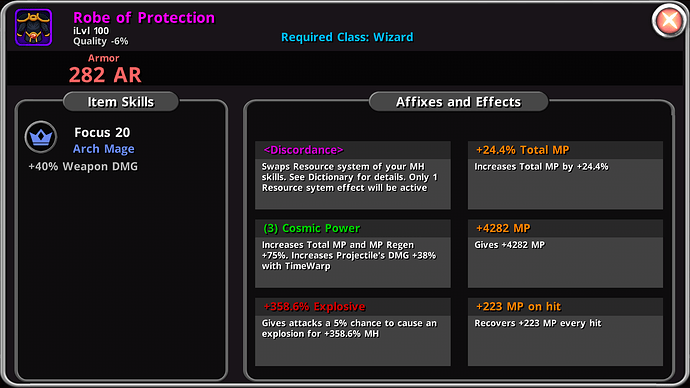 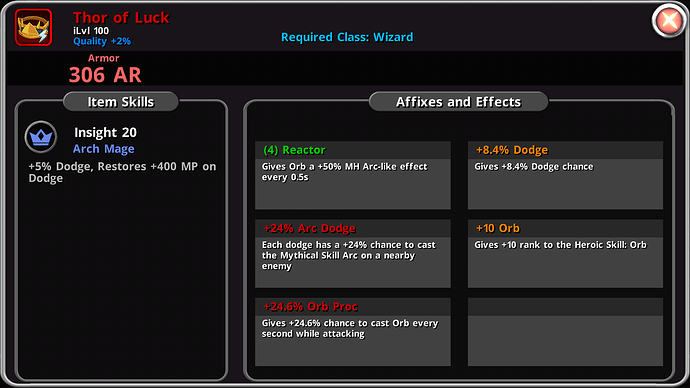 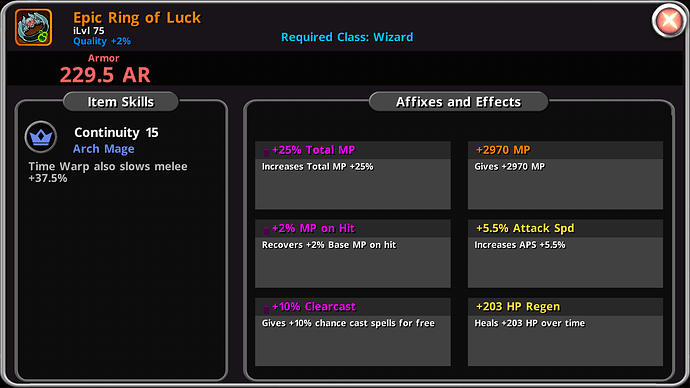 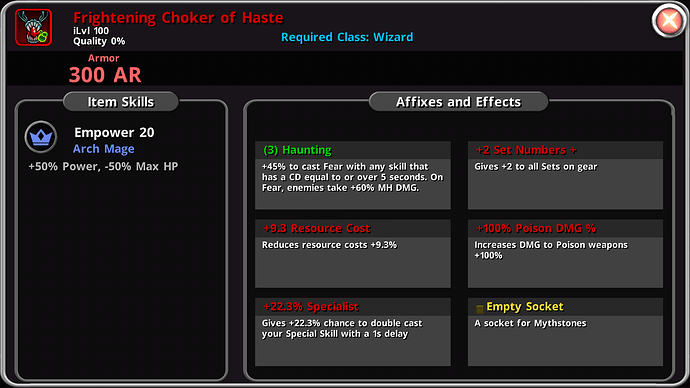 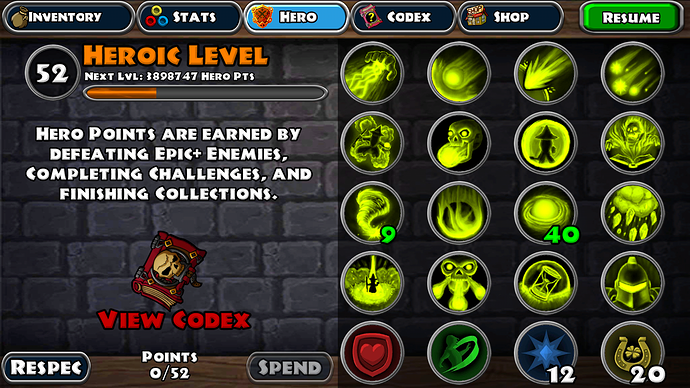 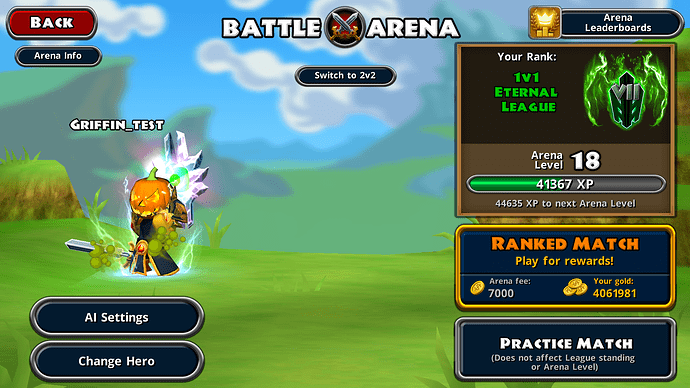 ##So you want to progress through the game lightning fast and blaze towards the mid game while picking up the PvP vanities along the way huh?

Step 0.5: Play on very easy difficulty until I tell you to do otherwise

How to allocate points at the very beginning: At the very start you need too immediately start putting your points from levelling up into power and only power (this is because of the way the damage formula works) and you need too put your heroic skills (accessed under the “hero” tab) into fortune until you reach fortune 20 trust me this will make your life drastically easier the entire game is a gear check and especially for the first little bit

Gear to pick up: You want to prioritize survivability and some basic MP on all gear except your weapon. You are looking out for these affixes on gear "HP+, HP on hit, and MP on hit. Now as for your weapon you want a sword because these have the orb special skill and you want too prioritize ones with the affixes weapon damage+ and weapon damage%

Legendaries to look out for: you want a Zeus (legendary sword) and a piece of plagued gear (excluding the wand and necklace) you should absolutely keep these if you find them no matter their level anything else equip it if it’s good toss it if it isn’t legends are not always better then basic gear early on

Important notes before we go into some more mid early game stuff: The version of this build shown here uses MP and manashield as it’s primary survivability this is not generally what you want you are usually going to go for the HP route I got a lucky eternal drop and built around it in the instance shown here just imagine all of the MP boosting affixes are HP boosting ones and that is what you want to be shooting for

Rudimentary crafting: So at the point you are able to start messing with this you are probably at level 50 or very close and you have already picked up a Zeus and thus Zeus is where we shall start. You want too copy what you see up there at the top. what is the most effective way to do this? Well first apply an endow mythstone then remove arc dodge and slow projectile with the crystal kyanite (you will only ever be using kyanites as your removal tool of choice quartz will ruin you) it is very important that you apply endow early on so make sure that you do, you then you want to apply and remove angelites until you get 3 epic affixes then begin applying sapphires to the 2 epic affixes that are not weapon damage% you want these to become weapon damage+ and orb when you have completed this process apply peridots too Zeus until it reaches level 100 where you may then use diamonds to get decent rolls

Reaching floor 200: Your next step is reaching floor 200 this is your priority because of a specific legend that you are going to want to get As you are making your way there you want too equip that piece of plagued gear I was talking about earlier making it level 100 with peridots and then apply calcite to your Zeus until it is poison element

Once you have actually reached the fabled floor 200: this is where the difficulty is about to

turn up drastically. No no like literally set your difficulty to legend and farm until you kill a cartographer at floor 200 legend difficulty

Maps: ok so you’ve killed the cartographer and you have the map open it up and start clearing it. The cartographers at the end of each map will allow you too progress past floor 200 through maps. The reason you’re on legend difficulty is because of the Frightening Choker legendary this is a fairly common drop that gives you +2 sets and drops above floor 200 on legend difficulty, once you get this legend you will need too apply jasper to it so that it can be equipped by your wizard and then apply calcite until it is poison element

Crafting your first mythic: This is the final step remove one of your pieces of gear with affixes you do not need or can get back through basic crafting and replace it with one with 4 mythstone slots and slot the mythstones mentor, boon, death, and fortune into it this should give you a discordance mythic that will boost your DPS output drastically

What you should have now that all is said and done: A modified Zeus legend, A plagued legend, A frightening choker, a handful of survivability boosting basic gears, and finally a discordance mythic

This is incredibly easy to build and should allow you to easily farm a majority of content for the crystals and legends required to make a proper farm build as well is a decent enough build to reach the bottom of eternal league and obtain the seasonal PvP vanities I hope this helps out those who are just starting!

20 Likes
Beginner - what class? And more questions
Build for wizard and warrior
Any wiz builds?
Difficulty change or Higher Floors?
Hireling wizard or rogue?
Quickest way to burn through floors?
Rogue exp build
Just started
Getting started
Cannot create another chracter
Hello
Cant purchase
I need some build help
Need help on building wizard
Wizard build, need pro players advice
Newbie Here-Tell me something about this game!
My noob luck build
I am new and need advice
Is it normal to not get the Orb affix in ~50 Sapphire rerolls?
Could anyone give some suggestions for wizard build
I need awesome farming set
New players ask your question and you will get replies 😎
Need help with a Wizard build!
Question about Scoundrel and Battle Mage, then Discordance
How to build a Mage?
Eater October 27, 2016, 6:52am #4

that ring is awesome

How does discordance works pls…pros and cons also thanks!

@Skaul Dude I know im a noob, you dont have to dump it in my face, have some respect on newbies that’s why Im asking.
Im just asking cuz I used it once with multiarrow and guided shot but it seems the calculation seen on the damage interface is the same though in actual battle it does some changes (especially the cd).

He was calling me a noob

and it’s true I am ultimate nub

I have the utmost respect, and that is why I made a guide to most things DQ for new and experienced players.

Hi Griffin.
Yet another interesting post from your side. I have a warrior approaching its 2nd ascension, and I’m leaning towards starting a 2nd character.
What I was thinking was a wiz, with a sort of an aftermath build as a hireling, and a mf/gf warrior as my main.
Hence, I love this cheaper version of a newb build you posted in this thread, so that I can work my way towards the hireling + warrior build.
Now for the question:

You seem pretty adamant about this? I have found the linked items on my warrior and was hoping they somewhat could serve a similar purpose in the build, given that the armor has the desired ‘reactor’ and the ‘plagued’ on the wand. What am I missing out on, by not having the Zeus? Are there some other afixes that can’t be rolled if I try to work around the two items I found?
/Wack 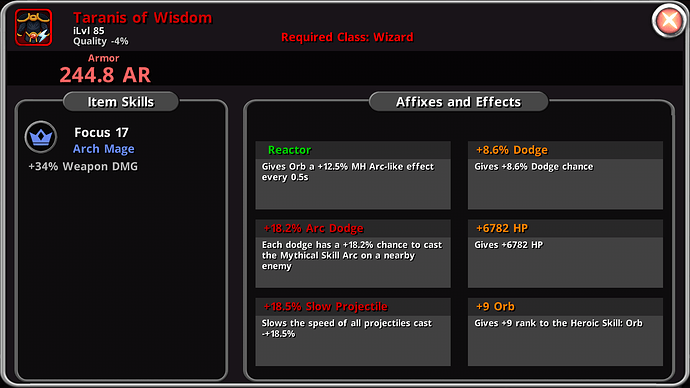 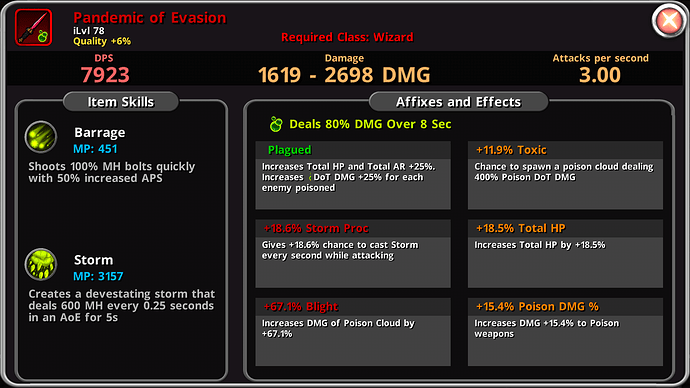 That should work just fine!

Thnx:)
I just realized that I’ll be missing out on the orb skill by not having the sword as well.
I guess that’ll be a problem?

Nope! you will be able to get orb on any piece of your gear that isn’t your MH or OH weapon EZ PZ

Sweet! (Haven’t played the wiz yet, so I know nothing)

I wish you great luck with it! they are quite fun

I noticed the ‘Thor’ - crown, and then this dropped while leveling. 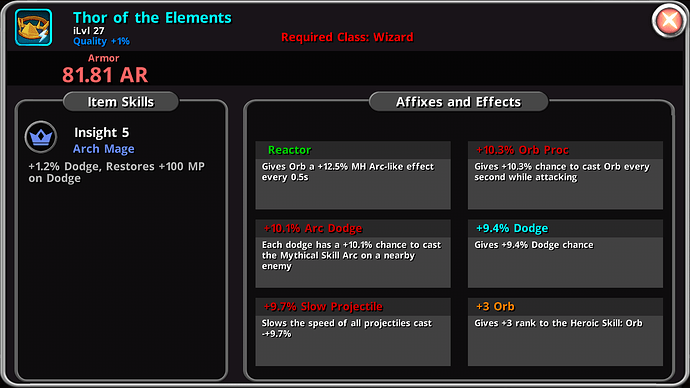 I have no idea how to do this? I know i can get the +orb on other types of gear, but I’m thinking that I need a sword MH to use orb as my main attack, and not a wand, as the example I’ve given?

Allright. I’ll give that a go then;)